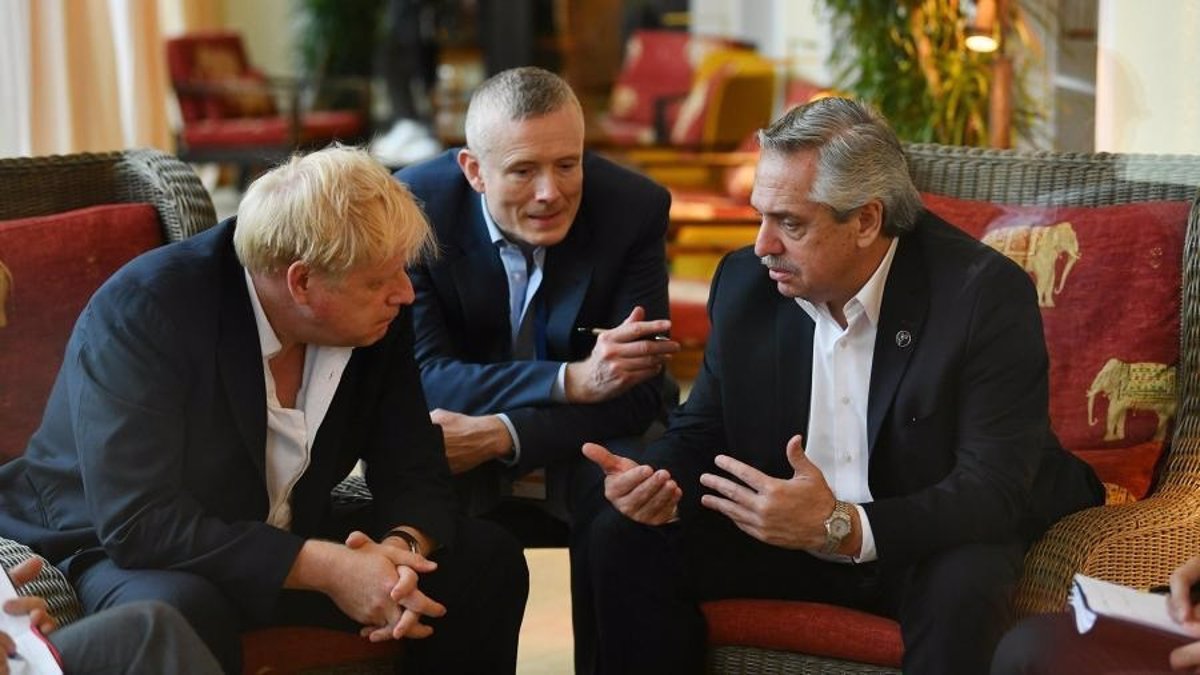 The Prime Minister of the United Kingdom, Boris Johnson, defended this Monday before Argentine President Alberto Fernández that the sovereignty of the Falkland Islands “is not in question” after holding a meeting with his Argentine counterpart during the summit of the G7.

“President Fernández raised the Malvinas Islands. The Prime Minister was adamant that his sovereignty would not be called into question,” Downing Street said in a statement, stressing that the islands’ residents “like all people have the right to self-determination.

The British Prime Minister’s remarks came during a meeting with Fernández after the G7 summit, at which the latter snapped at Johnson that both countries could not discuss “other issues” such as economic deals or the war in Ukraine without speaking in front of the Falkland Islands .

“I want to be honest with you, it’s difficult for us to sit down to talk about other issues without sitting down to talk about Malvinas,” the Argentine president reportedly said to Johnson during the meeting, the news outlet said Telam.

The meeting, which lasted half an hour, began with an exchange of views on Ukraine: while the British President maintains his open support and bets on a military victory for Kyiv, Fernández has stressed the need for negotiations between the two countries.

Likewise, Johnson reportedly defended Argentina’s “potential” to Fernandez on “agriculture, gas and minerals,” though the Argentine president responded that “there was no” possibility of progress without negotiating Malvinas sovereignty, according to the aforementioned agency.

On the other hand, Argentine Foreign Minister Santiago Cafiero has assured that Argentina “is ready to resume dialogue and negotiations with the United Kingdom on the issue of sovereignty over the Malvinas, in accordance with United Nations resolutions”.

“Argentina is committed to peace, the end of colonialism and the validity of international law,” Cafiero expressed on his Twitter account.

Already on June 23, the Argentine Foreign Minister called on the British government to resume negotiations on the Malvinas Islands: “Leave your exercise of colonial power in the pages of history (…) It is time for the United Kingdom to act on the.” international community and resume negotiations to reach a peaceful solution to the sovereignty dispute with Argentina,” said Cafiero.

Argentina claims its sovereignty over the Malvinas – Falklands in British nomenclature – which is why it is usually suspicious of any gesture from the UK, even if it comes from the royal family. In 2016, he criticized Prince William, Duke of Cambridge for completing six weeks of military training in the archipelago.