Johnson confronts China’s Xi over support for Russia in Ukraine 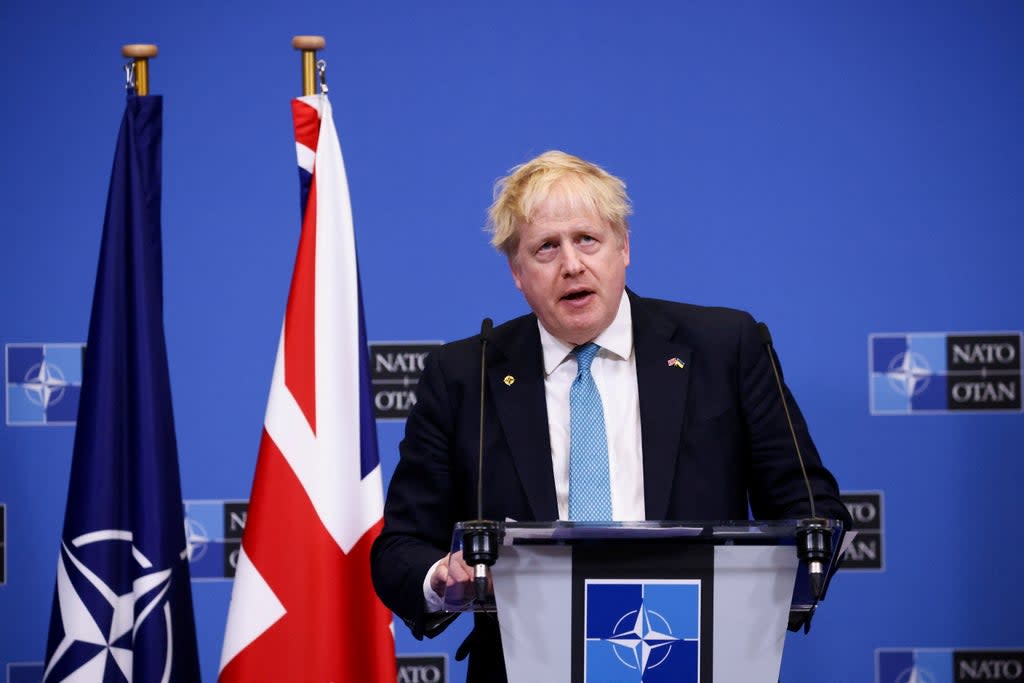 Boris Johnson has met Chinese President Xi Jinping in a “frank and candid” discussion of the situation in Ukraine amid concern among Western powers over Beijing’s stance on the conflict, Downing Street said.

“It was a frank and sincere conversation that lasted almost an hour. They agreed to speak again soon,” the spokesman said.

In a statement following Thursday’s NATO emergency summit in Brussels, alliance leaders expressed concern about the Chinese officials’ comments, calling on them to “stop amplifying false narratives from the Kremlin.”

They include unsubstantiated Russian claims, flatly denied by the US, that the US is funding bioweapons labs in Ukraine, while China has resisted calls to condemn the invasion.

US President Joe Biden, who spoke with Xi last week, said he had pointed out that US and other foreign corporations were already withdrawing from Russia because of President Putin’s “barbaric” behavior.

“I made no threats, but I made sure he understood the consequences of helping Russia,” Biden said at a news conference Thursday at NATO headquarters.

“I think China understands that its economic future is tied much more to the West than to Russia.”

Meanwhile, in the defeated city of Mariupol, authorities said some 300 people were killed in a Russian airstrike earlier this month on a theater where hundreds of people were sheltering.

If confirmed, it is likely to spark renewed calls for Western powers to step up military support for Ukrainian forces.

At the same time, there were signs that Vladimir Putin is being forced to rethink his war aims, as his forces remain bogged down in the face of unexpectedly fierce resistance from the Ukrainians.

The Defense Ministry said that having completed the “first phase” of its military operations, Russian forces would focus on “liberating” the Donbas region, which is partly in the hands of Moscow-backed separatist rebels.

Western officials said it was an acknowledgment that Russian forces were overstretched and may have to “pause” operations around kyiv and other cities as they focus on the east of the country.

“It is clear that Russia is recognizing that it cannot conduct its operations on multiple axes simultaneously,” an official said.

“So it has to concentrate its force, particularly its logistical supply and firepower, on a more limited number of approaches.”

The latest intelligence assessment from the UK Ministry of Defense said the Ukrainians were continuing to press against Russian forces advancing on the capital.

Western officials said the Russians continued to suffer heavy losses, including a brigade commander deliberately killed by his own troops.

“After a month of operations to have about a sixth, maybe even a fifth, of the forces no longer effective, that’s a pretty remarkable set of statistics,” the official said.