Johnson appreciates the depth of relations with the Saudi business sector 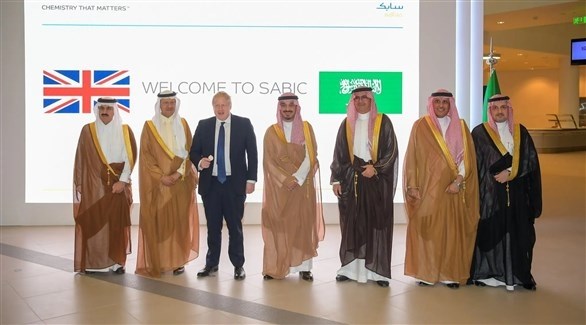 An official Saudi source announced today, Thursday, that the British Prime Minister visited the SABIC Center for Plastic Applications Development (Plumber) in Riyadh, as part of his visit to the Kingdom.

The Saudi Press Agency (SPA) reported today that Johnson was briefed, during the visit accompanied by the Saudi Arabian Minister of Energy, Prince Abdulaziz bin Salman, about the center’s state-of-the-art facilities, which reflect the global position and SABIC leadership in innovation.

Boris Johnson expressed his pride in the depth of relations with the Saudi business sector, and his aspiration to further develop them at all levels.

Yesterday, Wednesday, the Saudi Crown Prince, Mohammed bin Salman, and the British Prime Minister held a session of official talks, during which they discussed friendship and bilateral cooperation between the two countries in various fields and opportunities for their development, in addition to reviewing issues regional and international. issues of common interest and the efforts made in this regard, including developments in Ukraine. “.