John Malkovich plays a prostitute killer in Madrid: ‘It’s positive when someone is offended by what you do’ 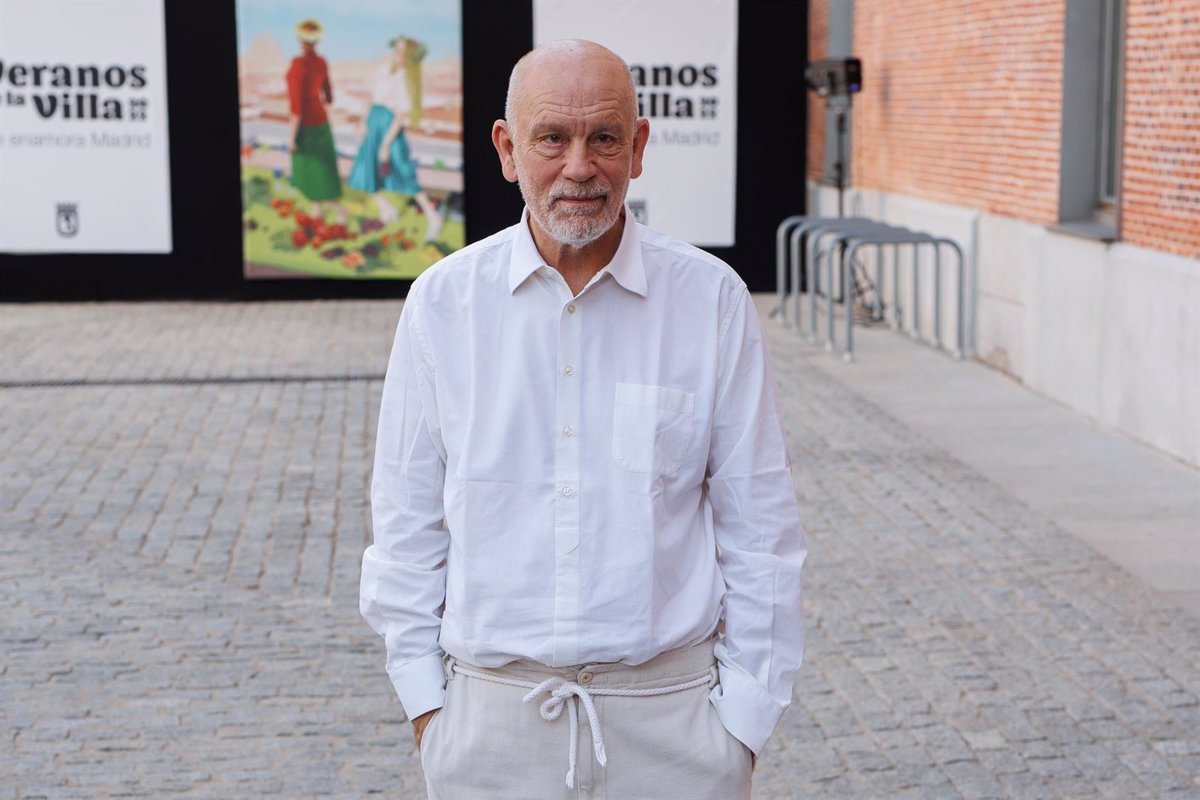 Actor John Malkovich has presented in Madrid the play “The Infernal Comedy – Confessions of a Serial Killer” in which he plays the convicted murderer Jack Unterweger (1950-1994), who was involved in the murder of prostitutes in Vienna, Graz and Prague Los Angeles.

“It’s always positive when someone is offended by what you do. There’s always a good component to it,” the actor said at a news conference on Wednesday, when asked if a group had protested that it gave the life to a killer of prostitutes.

Malkovich will perform Unterweger on August 11th and 12th as part of the Veranos de la Villa festival organized by the Department of Culture, Tourism and Sports of the City of Madrid. The production is a drama for one actor, two sopranos and a baroque orchestra.

“The Infernal Comedy” is based on the true life story of Jack Unterweger, a convicted murderer, renowned poet, acclaimed author and journalist, “notorious womanizer” and example of rehabilitation who was arrested in Miami (USA) and extradited to Austria, charged and eventually commits suicide after being found guilty of 11 counts of manslaughter.

“I don’t think it’s good or bad to play bad or at least not good characters. Most of the world’s dramaturgy is almost always based on characters who aren’t necessarily good, or who weren’t bad but made some bad choices, Malkovich said.

The actor, known for putting himself in bad men’s shoes, has clarified that most of the characters he’s played “did not intend to cause harm”. “Some characters have obvious qualities and others that don’t, but that’s not to approve or disapprove of either of them,” he said.

But Malkovich, who always develops “a kind of brotherhood” with the characters he plays, has indicated that he doesn’t know if you can “authorize” this type of person, like the murderer Unterweger: “Once someone commits murder, it’s very difficult to redeem. Maybe that person can be redeemed,” he adds.

With Unterweger, the actor has admitted it’s the “longest association” he’s had with a character. Furthermore, he has stated that this work “has something that the others don’t have, namely the musical component and the power that this music has”.

In his words, the feeling of the work’s music is “like being hit by a moving house”. “You can’t face the music directly, you have to give up, let it overwhelm you and see how you deal with it. It’s a unique experience, it’s something I’ve really enjoyed and can call it something very unique. ” he added.

“THE THEATER EXPERIENCE IS UNIQUE. THE FILM IS ALWAYS THE SAME”

Comparing theater and cinema, the interpreter pointed out that theater is “ephemeral” and that films “last forever”: “The film is always the same, but when you see a play the experience is unique, the theater is lived .” .

Regarding his evolution throughout the years of his career, Malkovich has commented that he’s not convinced he’s had any personal evolution, joking that “someone might call it an involution.”

However, he has pointed out that the experiences have “a lot of impact”. “Your experiences influence you, but we are still clay. The only talent I have, and maybe it’s not a talent but a gift, is curiosity,” he said.

“The Infernal Comedy” is directed by Michael Sturminger with Martin Haselböck as conductor and Susanne Langbein and Chen Reiss as sopranos. The show, which has sold almost 2,500 tickets in Madrid, will be performed in English and the musical parts in their original language.

During the presentation of the work, the Delegate for Culture, Tourism and Sport of the City Council of Madrid, Andrea Levy, called for the “firm commitment” of the consistory so that the city “does not go out and that culture continues to be the point of light and the gathering of all”, in clear reference to the government-approved energy saving measures that came into force this Wednesday.

“We want to enjoy this city that does not run out, where culture has been a very important meeting place in recent years,” said the cultural director of Madrid.

About Malkovich, Levy has stressed that he is an actor who has “marked many” and “cinematically recognized.” “It is my pleasure to welcome you to Madrid and thank you for entering the stage of our Conde Duque stage, a historic place,” he said.

For his part, the interpreter has assured that he goes to Madrid “quite often”, although this time it is a “work trip”. “I spent a lot of time here, I shot a film 20 years ago, I come quite often. It’s a very dear city to me,” Malkovich said.