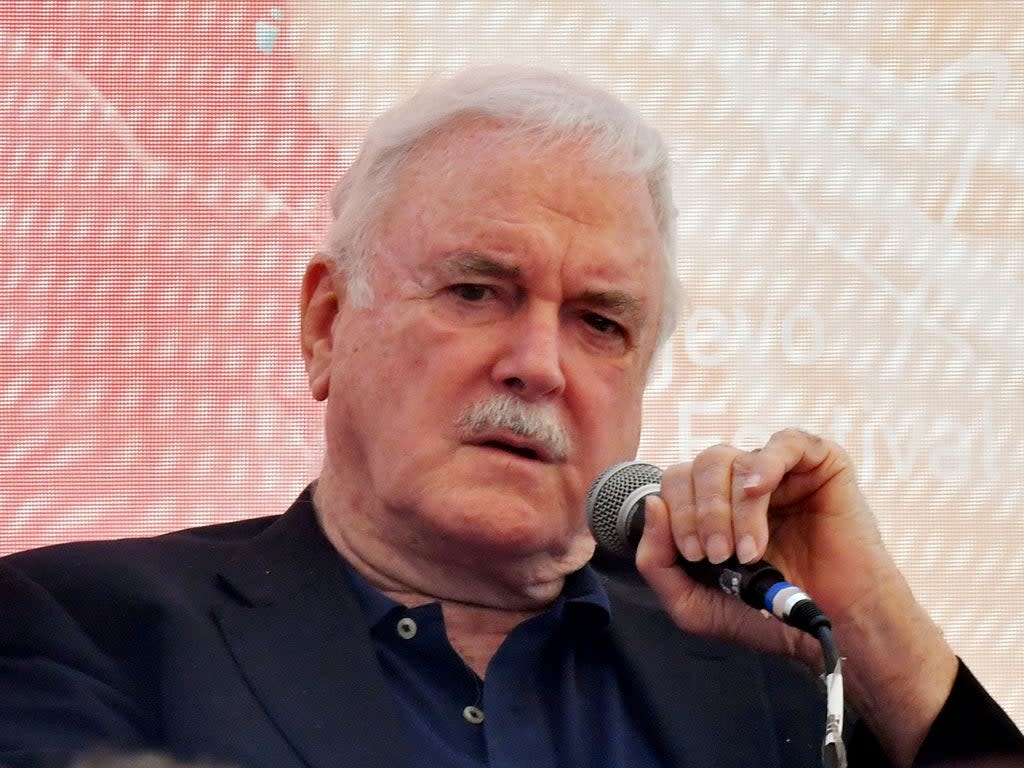 John Cleese had his microphone taken away after making a controversial joke about slavery.

The Monty Python comedian participated in a “John Cleese in Conversation” event at the SXSW festival in Austin, Texas, in a panel alongside fellow comedians Dulcé Sloan, Jim Gaffigan and Ricky Velez.

As the comedians talked, the conversation turned to jokes about colonization. Cleese began to discuss “competition” between cultures, asking who suffered the most oppression at the hands of colonization.

“[People] be competitive in this business of being oppressed,” Cleese said. “You do know that the British have been slaves twice, right?”

Many of those who attended the March 11 event were surprised by his comments.

According to the hollywood reporters, at one point, Sloan took Cleese’s microphone away, saying, “I saved a comedian whose career I respect.”

However, Cleese continued: “I want reparations from Italy.”

He continued: “And then the Normans came in 1066…they were horrible people from France and they colonized us for 30 years and we need repairs there too, I’m afraid.”

After the other comedians failed to stop Cleese’s tirade, moderator Dan Pasternack told the audience, “And that’s why your phones are locked.”

In a final explanation of his comments, Cleese said: “The thing is, I’m going to be dead soon. That’s why I’m in favor of global warming, I don’t want to be cold anymore.”

Leonidas Iza responds to the government: “dialogue with results, no more pretexts”