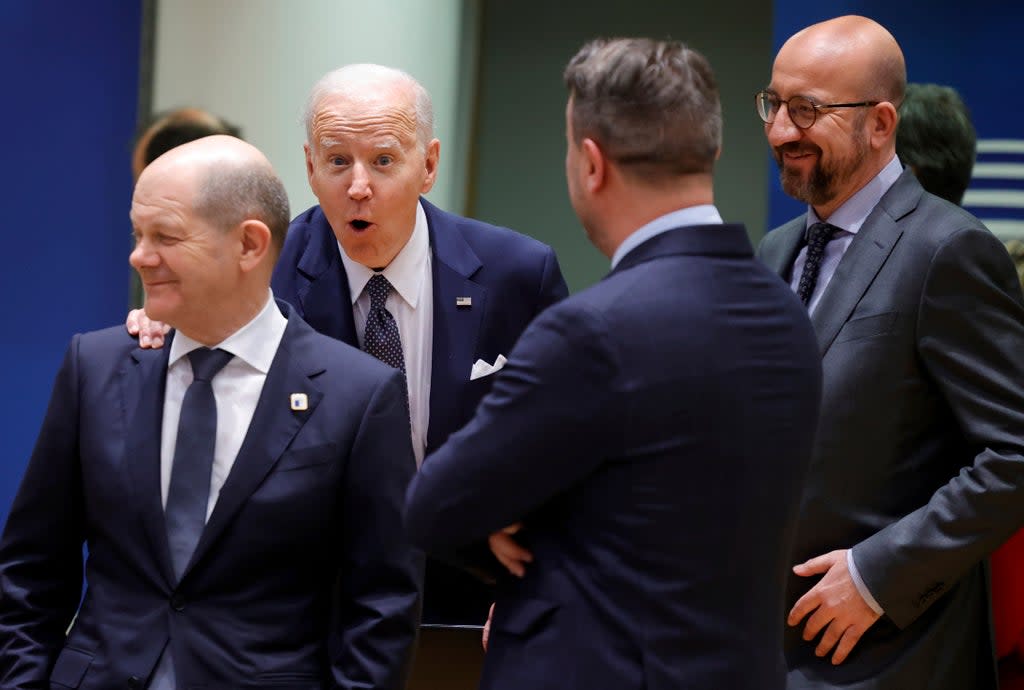 The president was speaking after a day of summits in Belgium with NATO allies, the European Union and G7 partners.

Biden was asked if chemical weapons were used in Ukraine, “that would trigger a NATO military response.”

Biden responded: “It would trigger a similar response, whether you’re asking whether or not NATO would cross over, we’d make that decision then and there.”

During the meetings, Biden also said that he supported Russia’s expulsion from the G20 economic group and that if that is not possible, Ukraine should be allowed to attend the meetings.

But the president declined to say whether the US government had evidence that China had helped Putin avoid sanctions on Russia, or even sold US equipment to Moscow.

“I think China understands that its economic future is tied much more to the West than it is to Russia,” Biden said.

“So I am hopeful that he will not compromise,” Biden said, referring to Chinese President Xi Jinping.

NATO has said it will provide Ukraine with protective equipment against chemical, biological, radiological and nuclear weapons.

Biden said before leaving on his Europe trip that there was a “real threat” that Russia would use chemical weapons.

The Kremlin previously ordered the use of chemical weapons in Syria and poisoned critics including Alexei Navalny and former Russian spy Sergei Skripal and his daughter.