Joan Wallach Scott: “Justice exists but history proves it can be reversed” 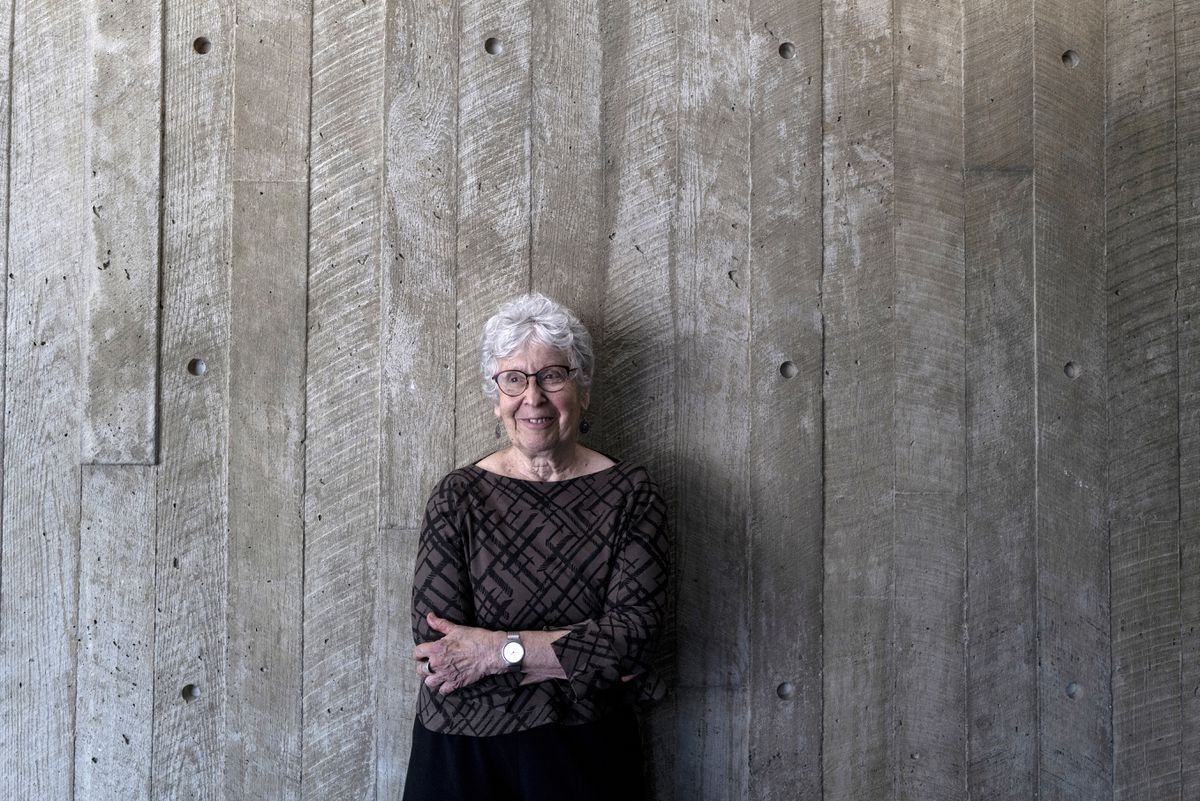 American historian Joan Wallace Scott (Brooklyn, 1941) holds honorary doctorates from three elite universities: Harvard, Brown and Princeton. She is a renowned thinker and scholar, notable for her more than 50 years of research on gender, feminism and power relations, and the niece of actor Eli Wallach (by the good the bad and the ugly, among other things). As Professor Emeritus in the Department of Social Sciences at the Institute for Advanced Study in Princeton, one of her books was translated into Spanish for the first time. On the test bench of history (Editorial Alliance, 2022) challenges the belief that history will redeem us. For them, seeing history as a moral arbiter is an obsolete notion, since the prevailing power structures, functioning in their own interests, impede the notion of justice. A year and a half ago, a back injury prevented him from walking without a cane, but he hasn’t lost his smile, curiosity and clear mind.

ASK.The Charlottesville riots [en 2017, cuando un hombre embistió con un vehículo a manifestantes contra el supremacismo blanco] inspired his latest book. He points out that problems are never completely eliminated. What do you think now that we are facing an even more serious step backwards with the first war in Europe of the 21st century?

REPLY . Events confirm that history does not mean progress. I re-read the Frankfurt School (Adorno, Habermas, Walter Benjamin…) and identify more than ever with them and with the disbelief they felt when they thought they were finally making progress. Suddenly they had to face fascism. They asked themselves: How could this happen? What do we do now? I feel the same way. Anti-democratic forces are everywhere. Not only do they seize the instruments of power and dismantle the institutions, they always get away with it. It’s hard to imagine how we’re going to get out of this.

P If there is a “historical verdict” on the invasion of Ukraine, is it fair if it is the nation states that articulate it and not the victims?

R I doubt that there will be a historical judgment on the situation in Ukraine. I’ve searched without finding many publications that talk about the possibility of Putin being judged and discredited by history. I think there is a general belief and acceptance that the situation will be resolved in a way that will not be satisfactory. Russian soldiers are currently being tried individually for war crimes, but reaching a larger trial is much more complex. A process led by the nation states would never be fair, there are always political interests influencing the causes. One example is how strained the US relationship with Saudi Arabia was after the assassination of Jamal Khashoggi, a collaborator with Washington Post. As soon as the US had to negotiate the price of oil, diplomatic relations became closer again. We have no guarantee that there will be justice in the end. And when it is achieved, it will always be temporary. Justice exists, but time and history have proven time and time again that it can be reversed. Achievements are not permanent.

R I’m naive, I didn’t expect that they could take away this right from me. I feel terribly pessimistic, it’s very difficult not to be given the circumstances.

PGiven the questionable morality of some Supreme Court members such as Brett Kavanaugh, how credible do you think the US judicial system is?

RThe entire Supreme Court lacks the credibility to deliver justice. In an article for Guardian, writer and essayist Rebecca Solnit connects the two issues discussed in the US, abortion and gun control, with male supremacy; seems very correct to me. It is meant to control women’s bodies to force them to be agents of reproduction as if that were our primary function. And gun ownership is associated with masculinity, with slogans like Man up, get a gun (Make thyself a man, make thyself a weapon.) The game of life is the game of death.

PThe examples he cites in his book (the International Military Tribunal at Nuremberg in 1946, the Truth and Reconciliation Commission in South Africa in 1996, and the demands for reparations for slavery in the United States) have race as a common defining characteristic of a nation. Can a nation’s identity be defined differently?

RHannah Arendt claimed that was not the case. In that sense, Israel is the bad example of how race is still the symbol of nationalism for certain countries. But there are other examples where race manages to distance itself from a people’s identity, as in France, where the idea of ​​a nation becomes more of a cultural assimilation. Or the United States, conceived as a multicultural place, as a nation of immigrants, since the abolition of slavery.

PThey talk about how African Americans were freed from slavery, but they suffered and still suffer from another kind of subservience, debt, which has always disadvantaged them. Has Black Lives Matter changed anything?

RIt was a movement that gave visibility and awareness. I think a lot more people are now aware of the difficulties of black life, especially since the death of George Floyd and the fact that it was recorded in real time. Watching the cop suffocate him for nine minutes had a huge impact. But racism in America is still a serious problem. Along with the increase in the population aware and willing to vote, in the same year as Floyd’s death, 2020, there has been an increase in what is known as Gerrymandering, an anti-democratic measure introduced by politicians to change the way electoral districts are counted. The change is either invisible or not strong enough to trigger political action. Giving it visibility is crucial: we need to communicate that equality is necessary; educate and raise awareness of what human decency is, provide the new generations with a minimum ethical basis to enable them to respond appropriately.

PThe #MeToo movement has managed to make visible and raise awareness. But what do you think of the major media outlets that positioned themselves in favor of Amber Heard in the Johnny Depp defamation trial before the trial began or without even following him at all and they tend to portray her as a victim just because she is a woman ?

RI have not followed the process, so I cannot comment on the resolution. But I think the assumption, before the evidence was reviewed by the court, that Heard was clearly the victim is an example of categorical thinking that assumes that all women are victims of domestic violence and all men are perpetrators. This may be statistically true, but each case is different and requires separate consideration. In the early days of the women’s movement in the United States, we spoke of “women” without recognizing the differences in experience between white and black women, between working class and middle-class women, and we labeled the “men” as a unique category. Social movements that introduced considerations of race, class, gender, and sexuality enabled thinking outside of binary categories, leading to more clearly defined politics and a better understanding of how differences are experienced in our societies. It is not a good idea to take a position that is considered “politically correct” before the case has been examined in all its complexity. In the same way that it seems that social networks have sided with Johnny Depp, considering him a victim before it could be proven and then treating him as a hero.