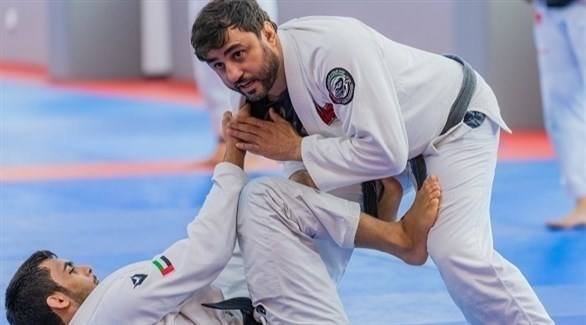 The Emirates Jiu-Jitsu Federation announced the organization of a closed training camp in Abu Dhabi for the national team, in preparation for participating in the sixth edition of the Asian Championships, which will be held in the Bahraini capital, Manama. , from 28 to 31 March.

The defending national team, which includes elite players at the state level, hopes to consolidate its honorable presence in the tournament and confirm its dominance of the continent by entering the competitions with force and striving to preserve the title against the participation of a group of the most outstanding teams. and developed.

The camp training will take place at the Jiu-Jitsu Arena of the Zayed Sports City, under the supervision of the coaching staff, headed by coach Ramón Lemos and coach Polyana Lago.

In this context, Ramón said that “the team has entered a crucial stage of preparation for the tournament, and that work is constantly based on finalizing the technical and tactical plans that the players will bring to the table”, and pointed out that the coaching staff and The players are aware of the size of the responsibility that is imposed on them, and that the challenge is great because reaching the top is difficult and maintaining it even more.

He said: “The players have a high degree of efficiency and preparation, and during the closed camp, we are looking forward to increasing the rate of performance of the players and improving their physical condition through a comprehensive training program aimed at developing levels of physical condition and nutritional programs for players.”

The UAE champions managed to conquer the title of the fifth edition of the Asian Championship organized by Abu Dhabi last year, after achieving 18 medals, including 4 gold, 4 silver and 10 bronze, and given the current preparation and atmosphere positive in camp, the players are strong candidates to repeat this achievement and climb back to the top of Asia. .

Lemos explained that the coaching staff chose a homogeneous group of players to represent the national team, with experience and emerging talents who starred in a notable way in the Asian Championship and the World Cup last year.

Regarding his expectations for the competition, he stressed that it will be very strong in the face of the participation of many players classified at the Asian and world level.

Omar Al-Fadhli, the star of the national team and the Asian and world champion, said that representing the UAE in such tournaments develops feelings of pride and pride, and doubles the responsibility of the players to return the favor to the country and his leadership. that he spared no effort to support his children and paved the way for progress and progress.

He added: “I have tasted the taste of victory in this tournament before, but this time everything is different because I am competing for the black belt, and therefore my ambitions have increased and my dreams have multiplied, and I listen carefully to the instructions. I thank the coaching staff for constantly developing my skills, and we are sure to achieve good results.”

Emirati jiu-jitsu star Hamda Al Shukaili said: “Our goal is to reach the peak of our physical and mental preparation to improve our chances of winning gold medals during the Asian Championships. This year, I will be participating in many continental and international tournaments with the team, and this for me is a source of joy and pride, and I will try very hard to “represent my country honorably and win a medal and a new achievement.”

She added that she and all her teammates are doing everything possible in the closed field under the supervision of coach Polyana Lago to develop the physical and mental level and reach the highest level of preparation to continue the boom in results that began in the last seasons. , and she peaked out of it in 2021 at the Asian and World Championships.