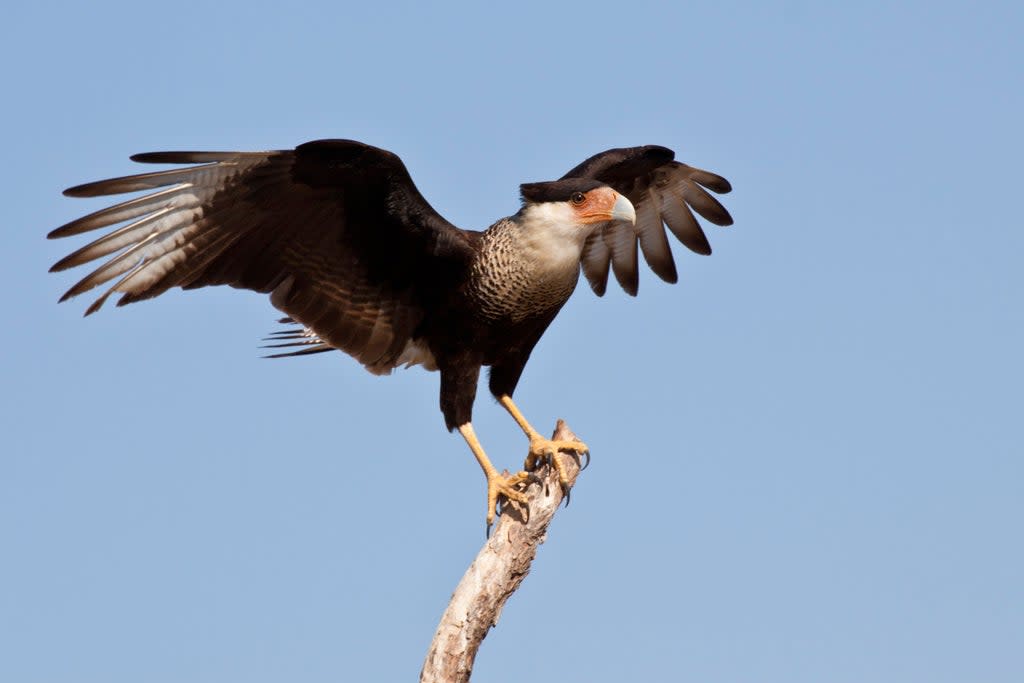 A bird of prey is still on the loose after flying from London Zoo nine days ago as keepers work around the clock to coax it back home.

The Crested Caracara named Jester has a wingspan of 4 feet and is a variety of American falcon.

Jester had been seen in South Ealing and Richmond after walking away from the zoo in Regent’s Park.

Zookeepers have now tracked the bird to Barnes Common, where they are keeping watch in hopes of cornering it.

A dog walker who spotted Jester 11 miles from the zoo at the common park on Wednesday said: “I couldn’t believe it when I saw him looking down from the trees.”

The zookeepers want to coax Jester into a travel box using his favorite food: quail and crickets.

She escaped by flying over Regent’s Park during training last Tuesday and her brother Joker is missing her, zookeepers said.

Caracaras walk on the ground in search of prey, but they pose no threat to people or dogs, according to experts.

ZSL London Zoo said: “On Tuesday 15th March, a crested caracara named Jester flew away from London ZSL during routine flight training and is currently enjoying the picturesque surroundings of Barnes Common. Zookeepers are trying to coax her back home using food rewards and trained behaviors.

“We are not concerned about Jester’s well-being, as Caracaras are well equipped to survive in an urban environment. Caracaras are small birds of prey and pose no threat to people or dogs. Like a raven or a magpie, they are primarily scavengers, eating carrion, insects or larvae, or food in containers.”

The zoo warned people not to feed Jester as he needs a nutritious diet.

He added: “The team will continue to try to encourage Jester to get into her travel crate so they can take her back home where her brother, Joker, is waiting for her, along with a welcome celebration meal with his quail and favorite crickets.

In 1965, a male golden eagle named Goldie fled from the zoo for 12 days before being captured.