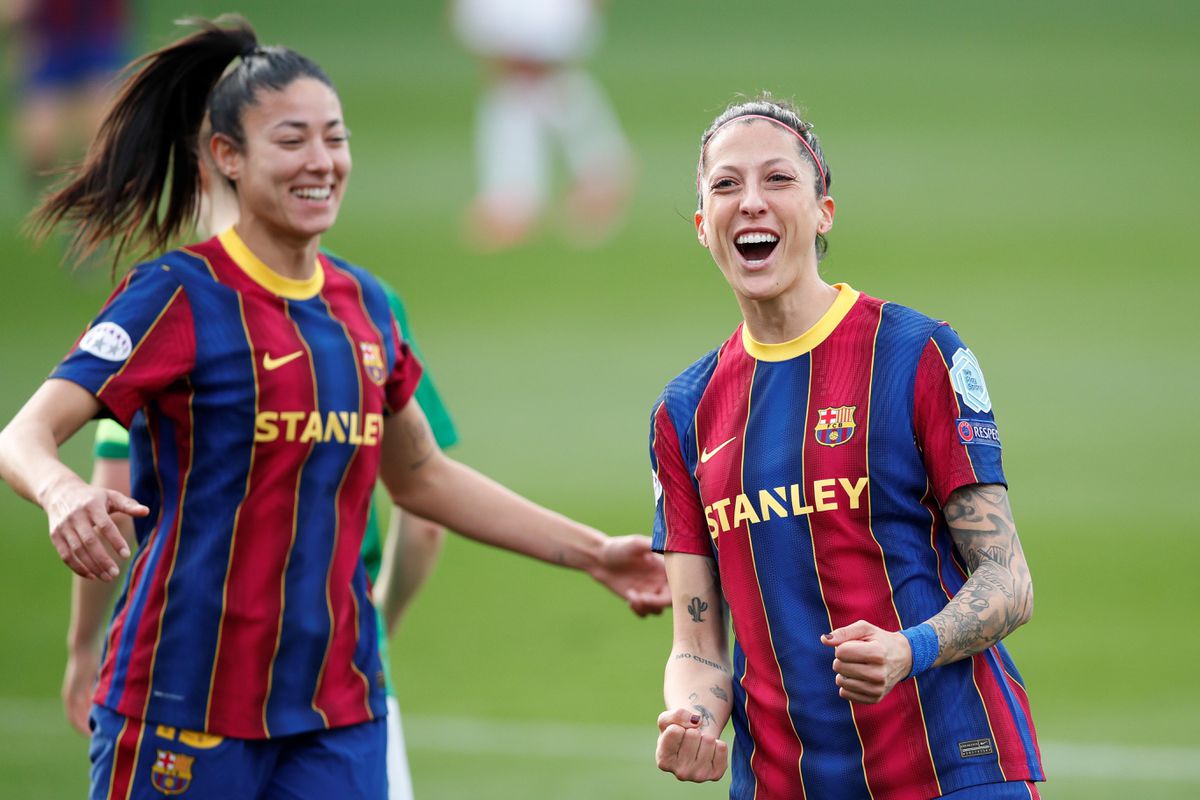 The advertisement, while true but a little misleading, shook all of Mexico for a moment. “We signed the person who has scored the most goals in Barcelona’s history,” Pachuca explained on social media, as if Leo Messi was about to fall. They soon realized that this was not the case, but that by the hastag #FootballIsBeautifulannounced the signing of Jennifer Hermoso (Madrid; 32), the attacker whose contract with Barcelona expires on June 30 and who is moving to Mexico on a free transfer.

“I will go to a place where I feel valued,” the player warned at a press conference this Tuesday, as it was revealed that she will not only receive a great salary – among the three highest paid in the world and more than in the Iberdrola League – but it will also be the club’s promotional claim to attract potential sponsors and give a boost to the Liga MX Femenil, which continues to be sidelined in the country. “Women’s football is beautiful but you have to take off your blindfold to see it,” said the video, in which the club announced the striker’s signing, showing her wearing one of the forward’s jerseys Tuzos.

Coveted by almost every club having received offers from Madrid and Atlético, among others, Hermoso has decided to try again abroad. He did that in Sweden in 2013 and also in the 2017/18 season at Paris Saint-Germain. But his career has been seen practically in Spain. She started out as a child at Atlético where her grandfather was a goalkeeper, later moving up to the first team and finally signing to Rayo (2010). After traveling to Sweden, he signed for Barcelona (2013) where he blossomed as a footballer, always adept with left footing, touching and dribbling, also hitting. After Paris, he returned to Atlético (2018) to finally return to the Camp Nou (2019), where he may have spent his best years. “I had wonderful moments in Barcelona, ​​being able to win everything with this jersey is something I will always take with me. Playing in a packed stadium, being able to celebrate a goal at Camp Nou, lifting our first Champions League very high…” explained Jennifer in her farewell letter to the Catalans via social networks. Now, after recovering from a sprained ankle that prevented him from going to the European Championship, he is waiting to join Pachuca in mid-July. Final point Hermosos as a Barça player, the highest-scoring player (174) after seven seasons at the club, second best in the world at the last Ballon d’Or election after Alexia Putellas, now her former partner. Mexico awaits you.

- Advertisement -
Share
Facebook
Twitter
Pinterest
WhatsApp
Previous articleThe PP recalls that Feijóo Sánchez had already proposed a reduction in VAT on electricity and explains the PSOE’s “setback” on 19JJ. responsible for the “Smackdown”.
Next articleBayern insist Lewandowski stays and aren’t worried about a bigger offer from Barcelona