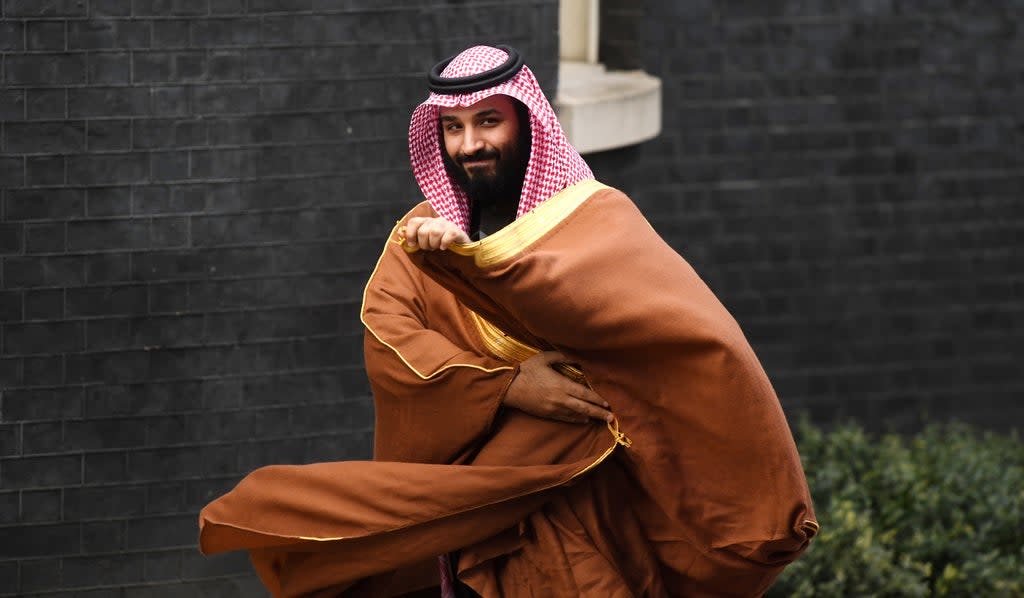 The UK will continue to challenge Saudi Arabia over human rights abuses despite reports that Boris Johnson will turn to the Gulf to supply oil and gas, a cabinet minister has said.

Health Secretary Sajid Javid said Britain had a “very sincere and frank” relationship with the Gulf state as the prime minister prepared for a trip to Riyadh amid the cost of living crisis.

The Kremlin’s invasion of Ukraine has put more pressure on energy costs as the West tries to cut off supplies of Russian oil and gas.

Johnson will meet with leaders from the offshore oil and gas industry on Monday, Downing Street said.

The Prime Minister’s official spokesman said: “He is currently hosting UK offshore oil and gas industry leaders this morning to discuss energy security and UK investment in the North Sea.”

Johnson plans to meet with Crown Prince Mohammed bin Salmon in the hope that his kingdom can increase its oil and gas production to compensate for less reliance on Russia.

The Saudi prince has repeatedly been criticized for human rights abuses, and over the weekend the country’s state-run Saudi Press Agency announced the execution of 81 people convicted of a variety of crimes, marking the largest mass execution held there in recent history.

The government will discuss a “range of issues” with Saudi Arabia, Downing Street said.

The UK is strongly opposed to the death penalty in all countries as a matter of principle. We continue to raise human rights issues with other countries, including Saudi Arabia.

The Prime Minister’s official spokesman said the government wanted to reduce volatility in the oil market and lower prices.

Asked if the UK would like to see the Saudis increase oil production, the spokesman said: “We will talk to the Saudis about a range of issues, not just energy supply.

“Diversifying our energy supply is important, as is promoting renewable energies. There are no quick fixes, but we want to reduce volatility and lower prices.”

The spokesman said the government had not “shied away” from raising human rights issues with allies.

“The UK is strongly opposed to the death penalty in all countries as a matter of principle. We continue to raise human rights issues with other countries, including Saudi Arabia,” the spokesperson said.

“We are not afraid to raise these issues with our partners.”

Javid said the country was an “important” economic partner.

He told LBC: “We have had a long-standing relationship with the Saudi government where there is always a very frank exchange.

“We do not agree with our approach to human rights; we’re always right to call that out and talk to them, frankly, about it.

“At the same time, it is also possible to have an economic relationship.

“You know, whether people like it or not, Saudi Arabia is the world’s largest producer of crude oil and it’s important, especially at the time of a major global energy crisis, that we have these discussions with them.”

Mr. Javid told Times Radio that “when it comes to human rights, there are a lot of things we disagree on” with the Saudis.

“And the executions that you just referred to (are) clearly things that we would not support,” he said.

“But having said that, it is an important country, especially when it comes to energy supplies and in terms of (an) economic relationship, and it is right that we keep talking.”

The key point is that Saudi oil must not be allowed to buy the world’s silence on Saudi Arabia’s appalling human rights record.

Speaking on Sky News, he added: “We are not directly dependent as a country on its oil, but energy prices and access to energy is a very important issue.”

The prime minister hopes his personal involvement with the Saudi price will help start a conversation about which Gulf states supply the most oil and gas, The Times reported on Saturday.

The organization’s intervention came after Newcastle United traveled to Saudi Arabia for a mid-season training camp in January.

The country’s Public Investment Fund, of which the prince is president, holds an 80% stake in the consortium that owns the football club.

Newcastle boss Eddie Howe declined to comment on the political situation in Saudi Arabia over the weekend.

“I’m only going to answer questions about the game and football,” he said. “It’s only fair that I stick to football.”

Chelsea owner Roman Abramovich has frozen all his UK assets except the club, which can operate with restrictions, after Downing Street claimed to have tested the Russian-Israeli billionaire’s links to Russian President Vladimir Putin. whose forces invaded Ukraine on February 24.

The attack led to sanctions being placed on Russia and several oligarchs, including Abramovich.

Polly Truscott, Human Rights Adviser on Foreign Affairs at Amnesty International UK, said: “The shocking news of mass executions in Saudi Arabia makes it more important than ever for the Prime Minister to challenge the Saudi authorities over his record of absolutely appalling human rights and speaking publicly. on human rights during this trip.

“In particular, Boris Johnson should raise the need for Saudi Arabia to end its crackdown on human rights defenders, including by releasing prisoners of conscience and ensuring that long-standing travel bans on the likes of Loujain al- Hathloul and Raif Badawi.

“Understandably, much of the world’s attention is currently focused on Ukraine, but Saudi Arabia should not be allowed a free pass over civilians being killed by Saudi coalition airstrikes in Yemen.

“The key point is that Saudi oil must not be allowed to buy the world’s silence on Saudi Arabia’s appalling human rights record.”

Paul Stanley, Head of Kiss: “It’s easy to achieve success, the hard part is to keep it up for so long”

A dating app to seduce the best programmers