Jasikevicius: “We risk our lives, there is no reason to talk” 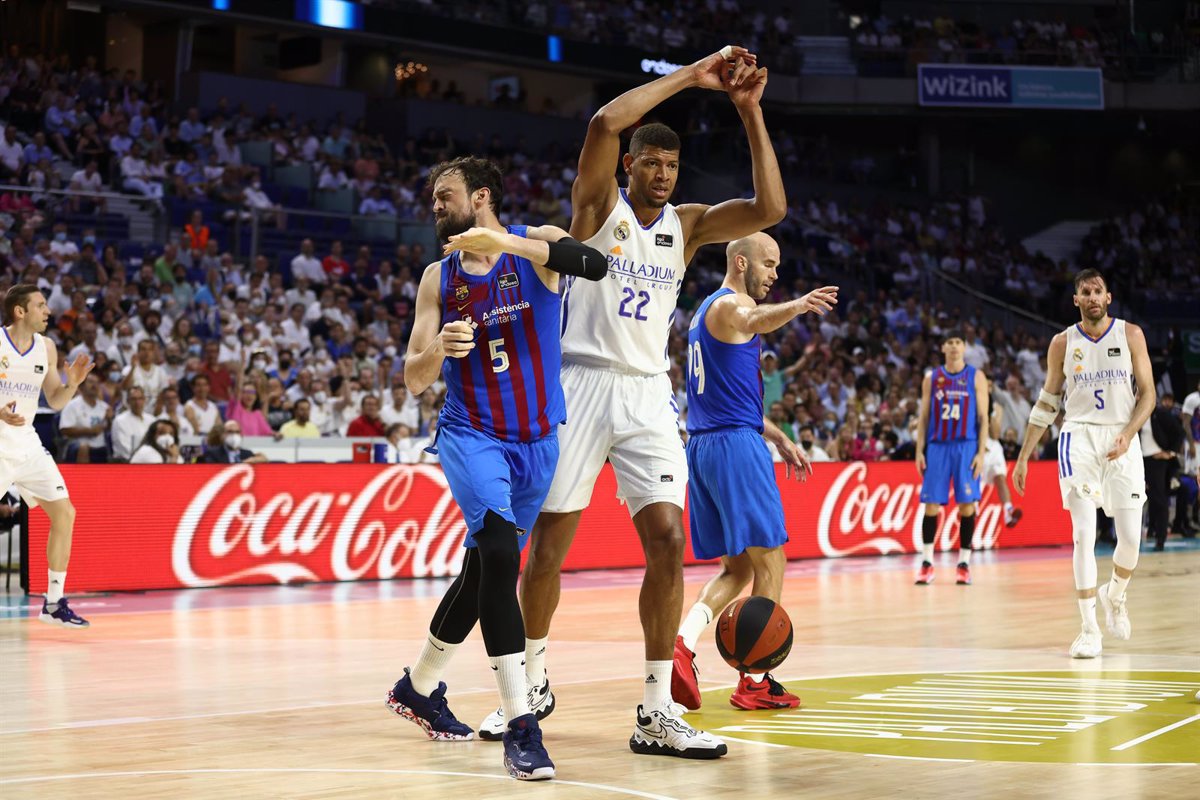 Barça coach Sarunas Jasikevicius listed the reasons behind Barça’s collapse this Friday at the WiZink Center to find themselves on the ropes in the Endesa League final as they ‘risk their lives’ in 48 hours.

“Congratulations Chus and Pablo on the win. Madrid was clearly better. Madrid shot at the basket 19 more times, so we can end the press conference with that. We’re trying to play a long game and you have to play the ball.” he said at a press conference after the 2-1 draw in the capital.

“We can’t give away rebounds, our losses punish us a lot. We’re good, Madrid are good, but if a team shoots 19 more times, I think they’ll win. We’re giving away too much. The key is not to do.” give away,” he added.

The Barça boss explained that his team needs to show character and improve a lot to defend the title, with Sunday’s fourth game again at the White Palace. “If they take 15 attack rebounds from us and we have 6, if we lose balls, if you don’t take rebounds, you don’t have an attack. These are simple things,” he said.

“We have to close possession. We have to be more consistent in everything we do. Everything matters, every detail, we have to start the game and think about the first possession. Every game is a new story. In the second game we will were very solid, today we started finding shots,” he added.

“There are many reasons, it’s time to show character, to understand that the series goes through rebounds, losses and little things. We have to fight with our lives. It’s like a boxing match, we know we’re playing life in 48 hours. there’s no need to talk,” he concluded.