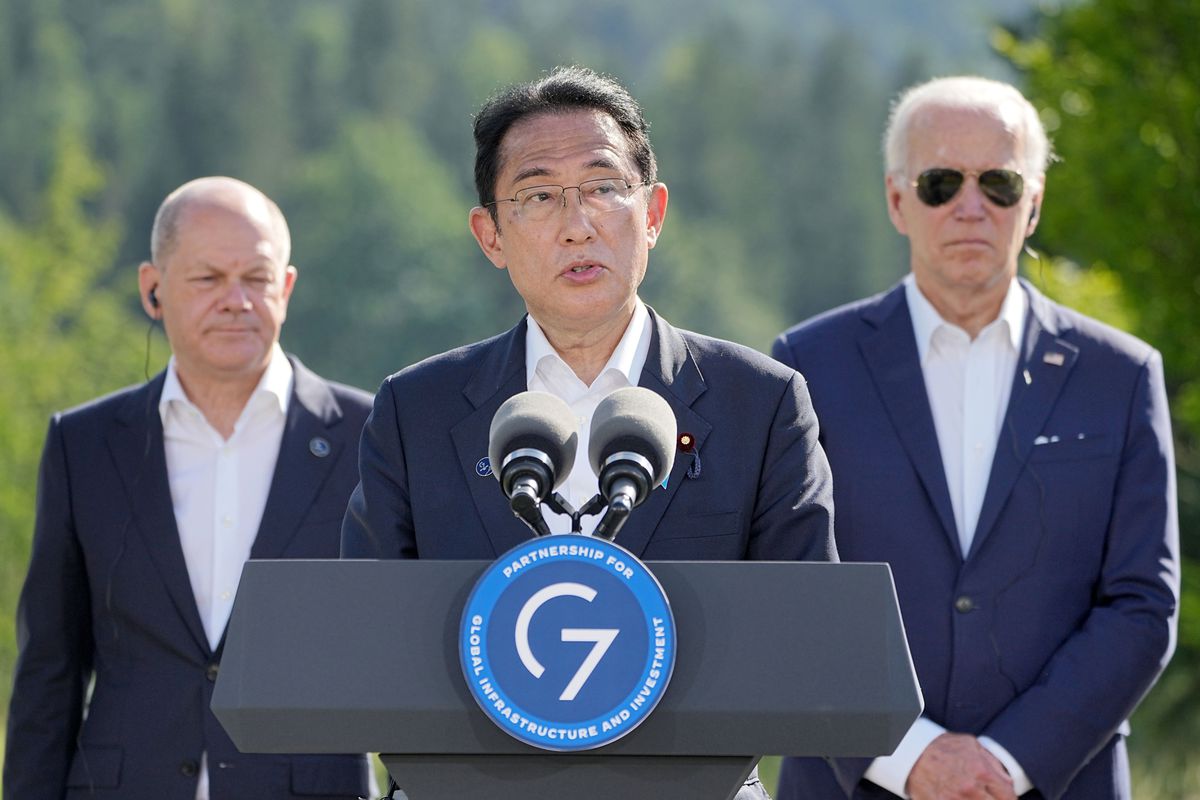 Russia’s invasion of Ukraine is not only trampling on the foundations of the international order, but has also caused energy and food prices to soar, seriously affecting the global economy and people’s lives. The NATO Summit in Madrid is a key event to anticipate the next phase of the post-Cold War era.

The crisis in Ukraine has reminded us once again that the security of Europe and the Indo-Pacific region is indivisible. Deeply concerned that the situation in Ukraine this morning may be that in East Asia; Japan has decided to orient its policy towards Russia, and we are imposing heavy sanctions and supporting Ukraine in coordination with partner countries. During this summit, I want to speak openly about responses to the crisis in Ukraine and further strengthen cooperation with our partners, such as NATO.

In addition, this summit is of great importance for the regional peace order in the Indo-Pacific. Partners from that region are invited, and it is the first time a Japanese prime minister has attended a NATO summit. It is evidence that NATO is showing increasing interest in this region, which I very much welcome. I hope that your strong commitment to the Indo-Pacific region will be reflected in the Strategic Concept renewed after 12 years at this Summit.

The Ukraine crisis continues, at the same time the security environment around Japan is becoming increasingly difficult. In the East and South China Seas, attempts continue to be made to unilaterally change the status quo without compliance with international law and by force. In addition, North Korea is stepping up its nuclear weapons and missile-related activities in violation of UN Security Council resolutions such as: B. The repeated launching of missiles, including international ballistic missiles, with unprecedented frequency and in new ways. It is a clear and serious challenge to the international community.

Taking into account the crisis in Ukraine and the increasingly harsh security environment in East Asia, Japan will draft a new national security strategy before the end of the year and drastically strengthen its defense capabilities in five years. No country can defend its security alone. I myself will promote both a foreign and security policy based on the realism of a new era.

In order to protect the peace order in the Indo-Pacific region, cooperation with NATO member states is of crucial importance. In this regard, I welcome Spain’s growing interest in the region, as reflected in the recent appointment of the Special Envoy to the Indo-Pacific. Likewise, the Japanese Maritime Self-Defense Force and the Spanish Navy conducted a naval maneuver in the Strait of Gibraltar following the bilateral exercise in waters near Guam last year. I’m glad practical collaborations like this are progressing. Japan will finalize a free and open Indo-Pacific peace plan before next spring, and I express my determination to further strengthen cooperation with partner countries.

Japan will continue to promote the ideal of a world without nuclear weapons as it is the only country to have suffered from nuclear bombs in the war. In any case, threats with these types of weapons are not acceptable, as Russia is doing, let alone using them. In order to restore an environment conducive to nuclear disarmament, I myself will take the lead and lead discussions on the specific steps that need to be taken to achieve this goal. In addition, Japan will lead discussions to consolidate UN functions, including Security Council reform.

I would like to use this summit to demonstrate the unity of Japan and NATO and solidarity with Ukraine, and to take the cooperative relationship with NATO to a new dimension for the realization of a free and open Indo-Pacific.

fumio kishida He is the Prime Minister of Japan.

- Advertisement -
Share
Facebook
Twitter
Pinterest
WhatsApp
Previous articleThe LGTBI collective calls for resistance against threats to their rights
Next articleA three-story studio in Manhattan: in the home of Tony Oursler, the king of video art