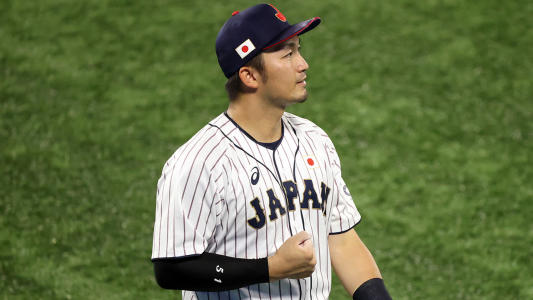 Are the Red Sox about to lose the Seiya Suzuki draft? originally appeared on NBC Sports Boston

We have an update on the Seiya Suzuki draft, and it doesn’t bode well for the Boston Red Sox.

Japan’s star outfielder worked out for the Padres in San Diego over the weekend. Athletic’s Dennis Lin reported Sunday night. And according to Nikkan Sports, that workout went well: The Japanese newspaper reports that Suzuki has agreed to a deal with San Diego for a contract worth about $70 million over five years.

Tomase: Here’s a reset of the Red Sox roster as spring training begins

While the Nikkan Sports report has yet to be confirmed, Kevin Acee of The San Diego Star-Tribune hinted Monday that Suzuki is likely to land with the Padres. Nikkan Sports also added that Suzuki wants to play in “warm weather.”

However, it appears a deal has yet to be struck: MLB Network’s Jon Heyman reports that the Red Sox are still among the teams vying for Suzuki’s services.

The Red Sox were considered a strong favorite for the 27-year-old outfielder earlier this offseason, and with good reason. Boston needs a right-handed bat in the outfield after trading Hunter Renfroe to the Milwaukee Brewers, and Suzuki hit .317 with 38 homers and 88 RBIs in 134 games last season with Hiroshima Toyo Carp.

As of now, however, it appears the Padres have the inside track on Suzuki. If they land their man, it would force Chaim Bloom and Co. to turn to other options in free agency, and World Series MVP Jorge Soler is reportedly a possibility.