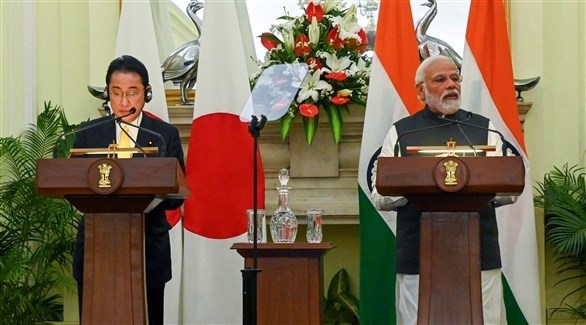 Japanese Prime Minister Fumio Kishida held talks on Saturday with his Indian counterpart Narendra Modi, urging Modi to take a tougher approach to Russia’s invasion of Ukraine, but a joint statement issued after the New Delhi talks did not condemn. Russia’s actions.

Contrary to the positions of the rest of the members of the “Quad” group, which includes India, Australia, the United States and Japan, New Delhi abstained in the vote on three UN resolutions condemning the Russian military attack on Ukraine, and he only called for an end to the violence while continuing to buy Russian oil.

Kishida told a joint news conference that he and Modi had a “deep discussion” and that “the Russian invasion… shakes the foundation of the system of the international community and must be dealt with firmly.”

However, Modi did not refer directly to Ukraine, and their joint written statement issued after the meeting only called for an “immediate cessation of violence and indicated that there is no other option than the path of dialogue and diplomacy to resolve the conflict.” .

Without naming any country, he stressed the “need for all countries to seek a peaceful resolution of disputes in accordance with international law and without resorting to the threat or use of force or any unilateral attempt to change the status quo.” .

Russia is the largest arms exporter to India since the Soviet era. But New Delhi now needs more support from the “Quad” group in the face of growing Chinese influence in the region.

Tension between India and China is at its highest level since clashes between the two in 2020 in the disputed Himalayan border region, which left at least 20 Indian soldiers dead and four Chinese soldiers dead.

And both sent reinforcements of soldiers and additional military equipment to this area. Most of the equipment shipped by India is Russian-made.

Kishida and Modi “emphasized their shared vision of a free and open Indo-Pacific region free from intimidation,” referring to the growing influence of China, which is a source of concern for the Quads.