James Maynard, after the elusive distribution of prime numbers 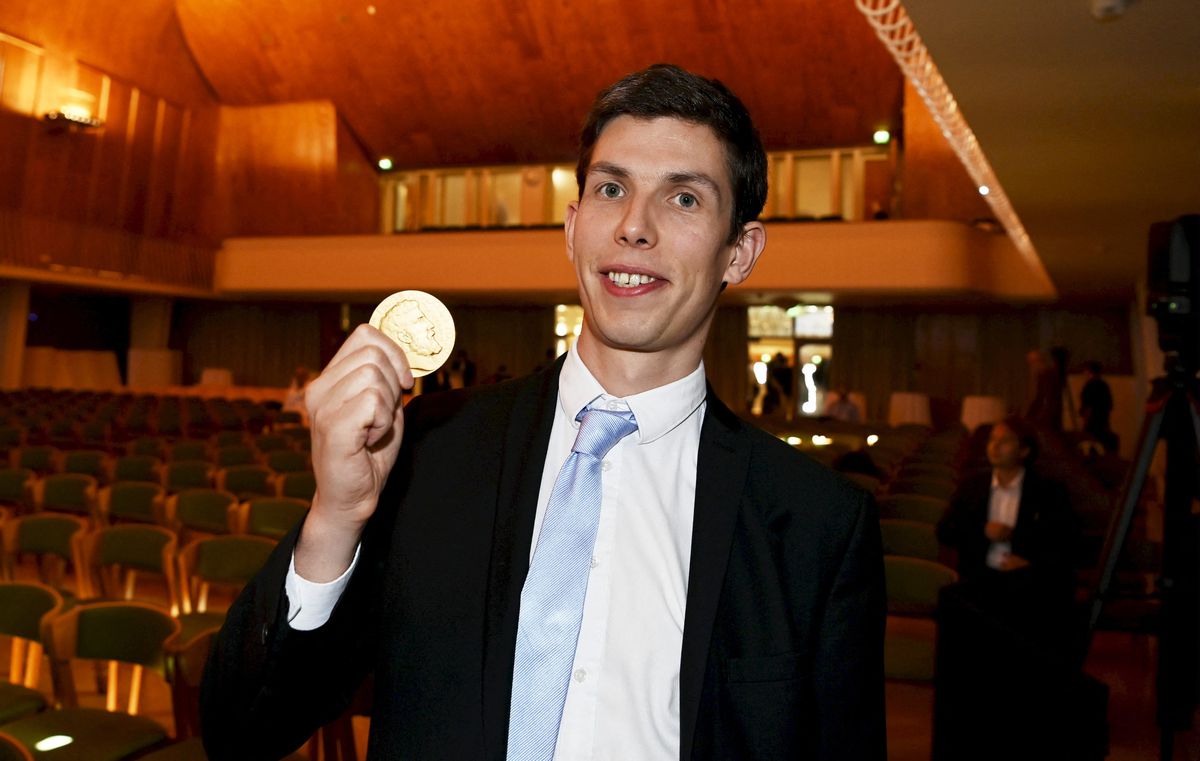 On the occasion of the International Congress of Mathematics (ICM) 2006 held in Madrid, the mathematician Andrew Granville wrote a short article, highly recommended, entitled A good millennium for cousins, in which he reviewed with an optimistic tone some of the recent advances and major challenges related to the distribution of primes after many years of stagnation. What Granville did not suspect was that seven years later a young doctor would visit him at the University of Montreal with an ambitious program that would change the panorama described in his text. Nine years later, at another ICM – in one of the few in-person ceremonies that took place after the cancellation of the Saint Petersburg event – this young man, James Maynard (1987, Chelmsford, UK), received the Fields Medalthe most prestigious mathematical award, in recognition of their works.

Anyone who has looked at a table of prime numbers knows that these numbers are very messy. That is, given a given prime number, it is very difficult to predict when the next one will occur: sometimes it will appear only two digits later (e.g. 1319 and 1321 are prime numbers), but sometimes there are long stretches with many consecutive numbers that are composite numbers (e.g. B. after the prime number 1327 we do not find any further until 1361). It has been known since the end of the 19th century formulas which approximate the number of existing prime numbers in very large number intervals and calculate their average distance. The question is: can we ensure that there are consecutive primes much larger or much smaller than this mean?

Since the sequence of prime numbers appears chaotic, it would be natural to think that this is in fact the case. However, it is an extremely difficult problem if we want to be mathematically certain beyond the experimental evidence. The advances are very recent and Maynard had an equity interest in them. Its most spectacular contribution is on the side of very small separations. Given any number, say 2022, his work allows finding a constant such that there are infinite clusters of 2022 primes less distant than that constant. A joint mathematical effort in connection with the work of Maynard showed that we can find arbitrarily large pairs of primes separated by at most 246, which is a step towards the famous Twin Prime Conjecturewhich postulates that there are infinitely many pairs of primes in the distance two.

Maynard too could prove that the jumps between consecutive prime numbers could be well above the mean, i.e. there were very large distances and later in cooperation with other mathematicians improved his own score. For decades, this topic was considered deadlocked and Paul Erdős (a famous bohemian and itinerant mathematician who sometimes offered grants for solving some problems) had $10,000, his highest bonus, for his solution.

On the other hand, Maynard also solved a problem of capturing prime numbers in a sequence, which has a long tradition in number theory. For example, consider the sequence of all numbers that have the form of a perfect square (that is, they can be written as a natural number raised to the power of two, such as 4, 16, 25, or 344569) plus one (5, 17, 26, or 344570). there infinitely many prime numbers? This question currently has no answer.

The English mathematician showed that the sequence of numbers obtained by omitting a digit still captures a significant part of the prime numbers. Of his work It follows that there are infinitely many prime numbers such as 269, 277, 283, 293, 307, 337, or 4567 that do not contain a 1 among their digits, and the same would be true for any other digit we choose). His demonstration requires breaking a conceptual barrier, using a method that can’t seem to work, and he combines it with other techniques, employing an extreme technical precision that he develops over nearly 100 pages.

The solution of this and other prime number distribution problems that for decades were considered virtually unsolvable has fueled optimism and wonder in the mathematical community, which Granville showed in his 2006 article Realm the Riemann hypothesis continues to defy effort: It is very little is known about them. Perhaps this new wave of optimism will captivate some young researchers and, in the near future, win them a Fields Medal for uncovering what some believe to be mathematics’ greatest mysteries.

Fernando Chamiso He is a professor at the Autonomous University of Madrid and a member of the Institute of Mathematical Sciences (ICMAT).

Agate Timón García-Longoria is the coordinator of the ICMAT Mathematical Culture Unit.