Jakob Ingebrigtsen defeats the Africans over 5,000 m and wins his first world championship in Oregon 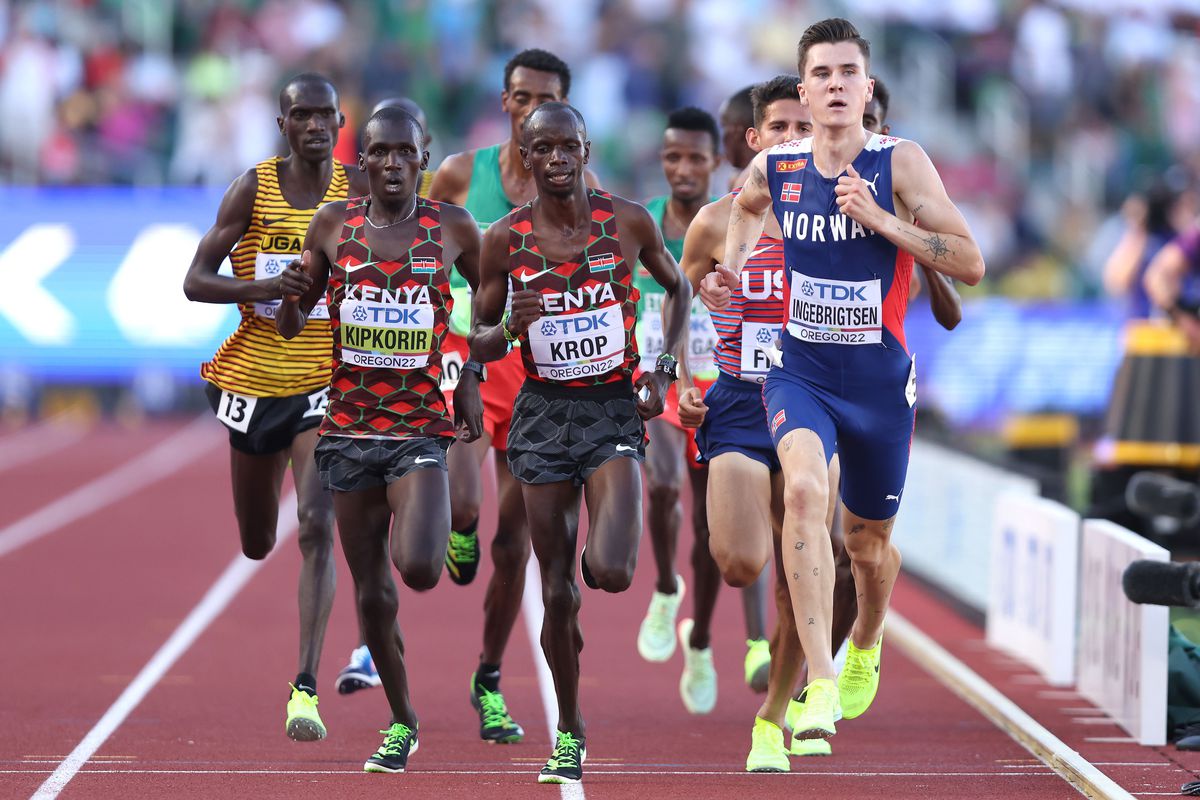 Jakob Ingebrigtsen came to the final over 5,000 meters injured. Five days ago he was one step away from gold in the 1,500m after being defeated by a Brit, Jake Wightman, whom few have linked as a contestant. And the Norwegian didn’t hide his disappointment at losing to an “inferior”. This description of a rival beating him clean in tartan earned him criticism. And the controversy surrounding his personality flared up again: there are people who believe that his talent is as great as his arrogance. For others, however, it is just the legitimate ambition of those who feel ready for anything, even to the point of disdain for money.

So Ingebrigtsen arrived in Oregon on the last day, wanting to settle scores and win his first world title. One of his great rivals, Ugandan Joshua Cheptegei, world record holder, takes charge in the early stages, covering the first 1,000m in 2:36 minutes, a fast pace. At the test time, 6:05 p.m., Hayward Field was simmering, less from the heat of the crowd than from the high temperatures, still just over 30 degrees. So the organization decides to set up a table with water so that the athletes can drink during the race if they wish, something unusual.

Ingebrigtsen, having come out and keeping his strength behind, walks away from the group and drinks. He’s thirsty, and on the next lap, confident in his dominance, doesn’t mind moving back to the outside lane, repeats the maneuver and drinks himself again. Confident in his powerful finish, he lets the Africans take the lead, who slow down their initial pace in the following sets (2.41s second 1,000m, 2.47s third). The European Omen looks relaxed, 21 years old, part of a family of athletes who ran his surname down the slopes before Jakob reached them. “Everything in our family is a competition,” admits Jakob, who was with his brothers Henrik and Filip before his rise to the elite and was trained by his father until recently.

With 1,000 meters to go he sees his time has come. He takes control of lane 1, protects his position from the attacks of the Kenyans Nicholas Kipkorir first and later Jacob Krop and opens a gap with 150 meters to go with a determined attack, which even lets him celebrate the win meters before (13.24s) . Kenyan Jacob Krop took silver (13:9.98 minutes). And the Ugandan Oscar Chelimo Bronze (10/13/20). Cheptegei retires to finish ninth and champion from the last two editions, Muktar Edris, is 13th. At the bottom of the track, Ingebrigtsen celebrates. Happy, well, to have proven superior. “I wanted to show that I’m a better runner than everyone else,” he says in an interview about the tartan.

The precocious Nordic star who was said by some to have a short pro career burned Due to her premature commitment to the major championships, she adds a new success to the gold over 1,500 m at the Olympic Games in Tokyo 2020 and becomes one of the sensations of the World Cup with her two medals. Behind this apparent ease with which he asserts himself is not only a natural talent. “When I was five or six years old, people said I was more talented than them, but I ran maybe 10 times more than the people I competed against,” he explained in a video reviewing his career let happen. For the Ingebrigtse, only gold counts. “Running is not our passion. is victory”.

Previous articleAdele announces new Las Vegas dates after tearful cancellation
Next articleFor the first time, Spain has lower prices than in Europe on the gas market