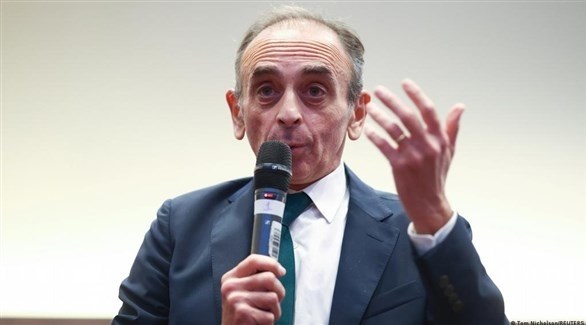 French far-right presidential candidate Eric Zemmour has entered a new controversy after he was accused of allowing a crowd he met in Paris on Sunday to chant “Macron is a murderer.”

But Zemmour’s circles said the candidate “denounced” the crowd’s chant.

The chant was chanted dozens of times at the Trocadero, in front of the Eiffel Tower, where tens of thousands of people turned out to support the candidate.

During his speech, Zemmour mentioned three famous criminal cases in France, two anti-Semitic murders and a jihadist attack, in which civilians have been killed in recent years at the hands of French or foreign Muslims.

In his speech he said: “Some are angry at my assertiveness. What angers me is not the words and the concepts, but the daily tragedy that you suffer (…) We will never be able to do justice to all those whom the state failed to protect”, before taking a breath during which the screams subsided. rose without interference from him.

Zemmour said he “condemns what the crowd said at the time” and that he “didn’t hear it”, referring to the chant against Macron, emphasizing that the candidate “never used this term”.

For her part, Republican candidate Valerie Pecres said that “Zemmour allows a crowd to chant ‘Macron is a murderer.’ I am aggressively fighting the outgoing president, but allowing an opponent to be treated like a murderer is dangerous” for the country.

The leader of Macron’s party in the National Assembly, Christophe Castaner, called Zemmour’s position “irresponsible”. He added that Zemmour “showed the failure of him this afternoon.”