Izal on his break: ‘The plan is not to have the future as clear as it has been for the past 12 years’ 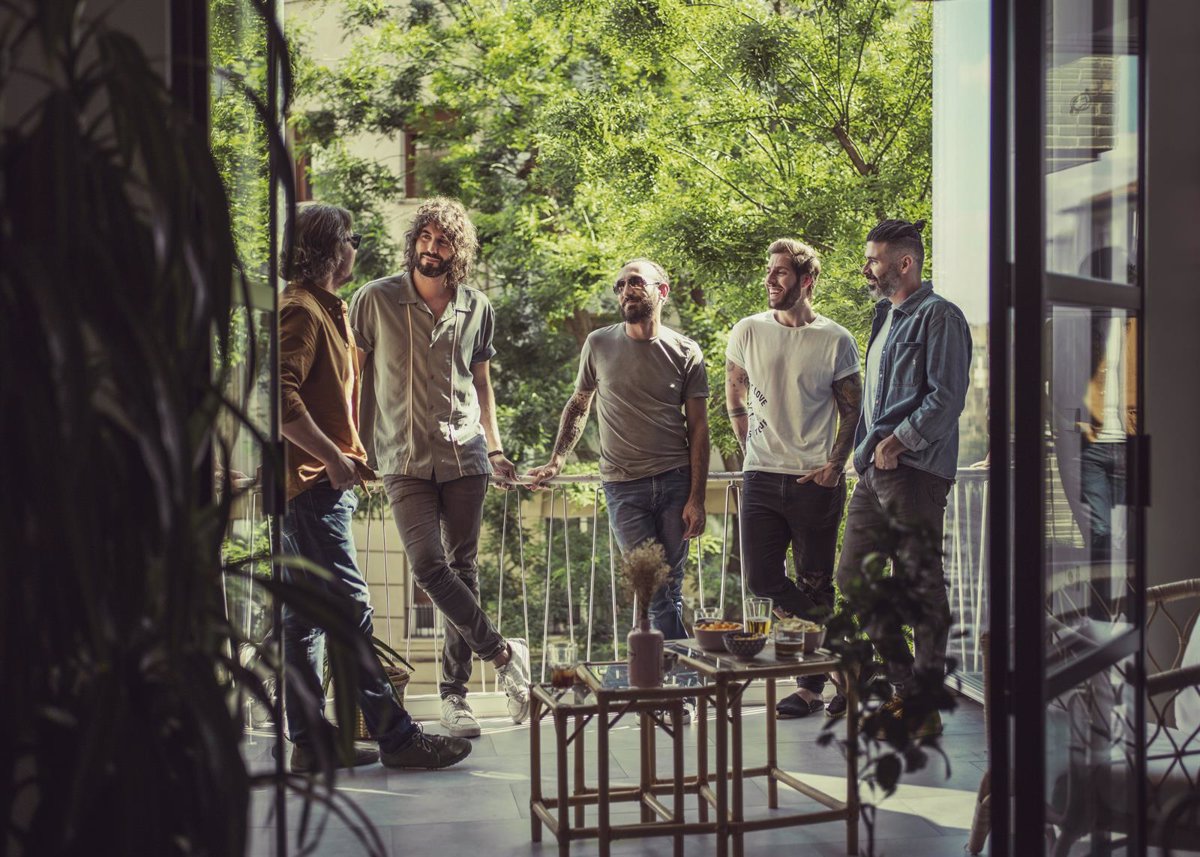 Izal rocked the Spanish music scene last February when he released a “pause indefinitely” after the end of their current tour, next October. This decision was not easy, but it was necessary for the band that, After twelve years of an “extreme and strangely intense” career, he “didn’t want the future to be so clear“.

“It’s been a very intense 12 years and that intensity wears off faster“, expresses Mikel Izal (voice) in an interview granted to Europa Press together with his colleagues Alejandro Jordá (drums), Alberto Pérez (guitar), Iván Mella (keyboards) and Emanuel Pérez ‘Gato’ (bass) within the framework of became their “Hogar” tour, which will end in Madrid on October 29th and in which each of them will take different paths.

The group rules out other reasons for their split than the speed of their active years with five albums and countless concerts. “The body was asking to stop and we will, there is not much more story. We’ve been lucky in many ways, but everything we’ve experienced in those 12 years is like it was 24. We have this feeling‘ says the singer.

The breaks in the bands mostly mean the desire for solo projects of the components on many occasions. In that case, Mikel Izal insists he is not thinking of other projects at the moment. “My intention is to enjoy this tour to the fullest and then savor the uncertainty of whatever comes,” he says. “The future will tell,” he adds.

Going forward, on the other hand, he asks that Izal be thought of “with affection” and believes the hiatus will help the group “be more aware and have more perspective of what has been done in those 12 years” in which , he claims his songs “were part of a lot of people’s lives”. “You tell us, and you notice that in everyday life. And I think that’s indelible, the five albums will stay there forever,… they were the soundtrack of happy moments for a lot of people“, To explain.

A few months after getting off the “crazy train” they’ve been traveling on all along, the band artistically admits that they’ve been missing “living the transoceanic adventure a little stronger”, in Latin America and before especially to grow in countries like Mexico or Colombia.

“We experienced amazing things, but we would have liked to fill another forum like in Spain. We tried that for three or four years but we didn’t have a lot of patience because we had so much work in Spain and everything was so intense that we didn’t have that time and latitude,” says Mikel Izal.

In so many years of their career making their mark on Spanish indie, the group has also lived through the shadows of public attention, complaints and criticism that they say have not burned away. In this sense, Mella emphasizes that in his opinion it would be “stupid” to keep the negative comments if they received “98% positive ratings”. “Our musical and vital development in the last 12 years has been incredible, we can only say positive things,” he repeats.

In this context, he admits that the exhibition means “to be able to receive any kind of comments”, but insists that they “must be given the importance that they have”. “Is real life and social network life, the importance you give to what someone says on instagram or twitter is your problem, you know how you live every day and what you have achieved with your career“Mella continues.

Izal makes it clear that his interest at the moment is to enjoy his final tour, which is going as expected. “Coming back after Covid scared us a bit and the truth is people are more eager than us to go to concerts and festivals,” says ‘Gato’.

In this sense, the group, which has not left festivals but has attended dozens of them, warns against the excess of events of this type taking place in Spain this summer. Specifically, Mella warns that many of those emerging are “business oriented and unrelated to culture,” calling for real support for the bands playing in the theaters.

“The pandemic has reset venues, when it was difficult before it’s almost impossible and that’s where we’re coming from… Artists who play clubs and aren’t at festivals could be the next big thing‘ warns the Izal keyboardist in the conversation, which is taking place in the context of a festival, Rock in Rio Lisboa.

This was the only date for the group outside of Spain on their ‘Hogar’ tour, which could be their last tour together, although the group doesn’t want to be blunt about it. “We’ll see if we come back, who knows how our circumstances will change“, Close.

- Advertisement -
Share
Facebook
Twitter
Pinterest
WhatsApp
Previous articleNASA: Sea level has risen 10 centimeters over the past two decades due to climate change
Next articleGuayaquil on alert! They protect the roads of the city center due to the alleged arrival of protesters