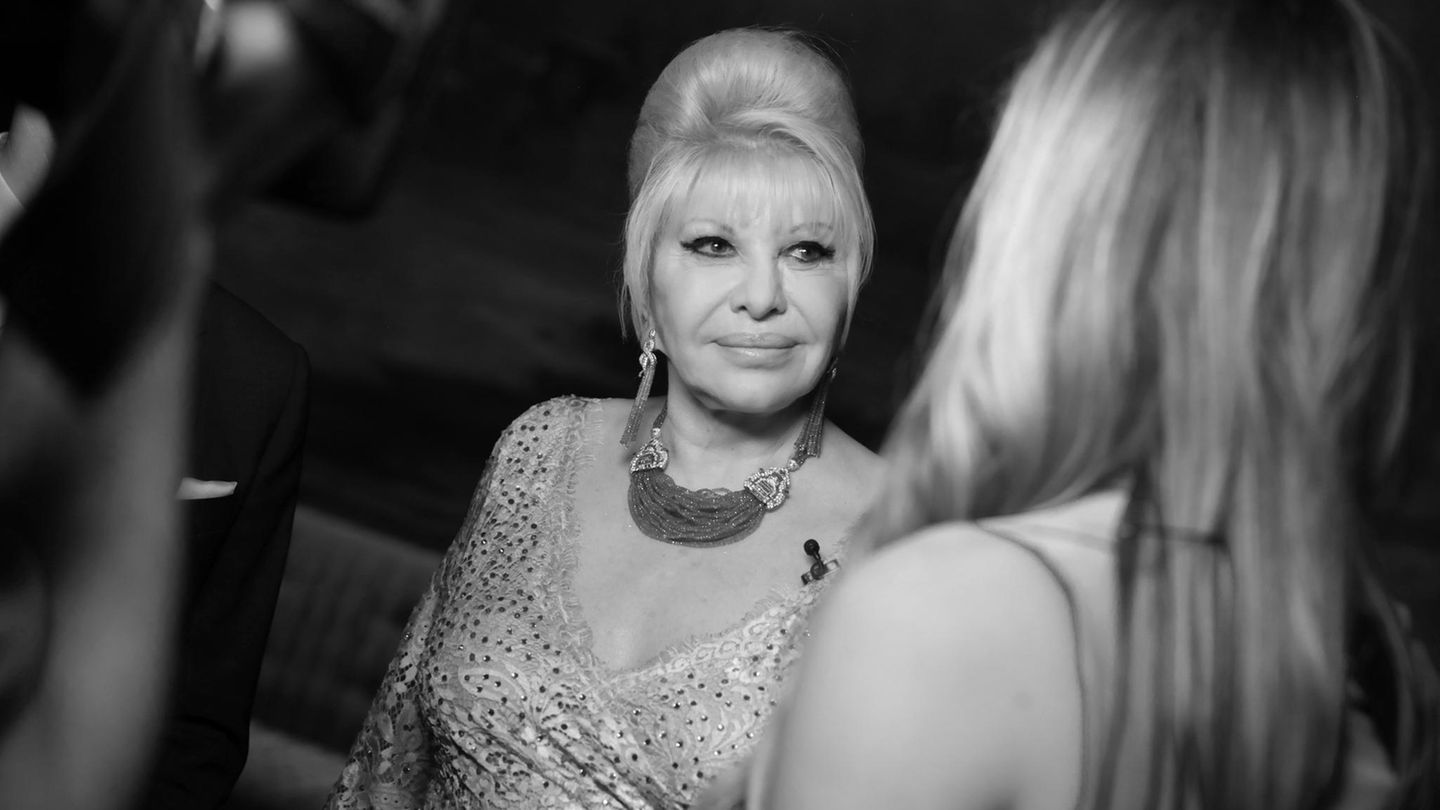 Her surprising end also rocked her ex-husband Donald: When news of entrepreneur Ivana Trump’s death broke in the global press, he was quick to express his grief for the mother of his three eldest children under the form of a press release. Shortly before the funeral, the former US president and his wife Melania have now arrived in New York to say goodbye.

Donald Trump, 76, showed his grief in several ways as he exited a dark-colored SUV outside his former home, Trump Tower in Manhattan, on Monday, July 18, 2022. images that available exclusively at the “Daily Mail”., show the former US president wearing a black suit, petrified facial expression. His wife Melania, 52, also follows with a serious look. She wears fitted black pants with a white shirt. The former first lady covers her eyes with sunglasses. Four days after the unexpected death of Ivana Trump, † 73, the couple traveled from their new home in Palm Beach, Florida to attend the former model’s funeral.

Ivana Trump († 73): Burial takes place according to the Catholic rite

Ivana is to be buried this week. The Czech entrepreneur died in a fall at her home on July 14, 2022. She is to be buried on Wednesday after a funeral service. It is said to be a “celebration of life” celebrated at the historic St. Vincent Ferrer Catholic Church in New York, sources close to the family said earlier this week.

This is how Donald Trump says goodbye to his ex-wife

It seems like a point of honor for Donald Trump to bury his first wife with him. The former couple were married for fifteen years and had three children together during that time: Donald Jr., 44, Eric, 38, and Ivanka, 40. In 1992, the Trumps divorced. But a bond apparently bound them to this day. “I am deeply saddened to announce to all who loved her, there are many, that Ivana Trump has passed away at her home in New York,” he said in a statement posted on his Truth Social platform. “She was a wonderful, beautiful and incredible woman who lived an incredible and inspiring life.”

Ivana would have had a direct line to the White House during Trump’s presidency and could have called her former husband without the hassle of operators. A privilege she never used as she allegedly didn’t want to cause trouble between Donald and his wife. “Melania is here and I don’t want to cause any jealousy or anything because I’m Trump’s first wife. I’m the first lady, okay?” she explained somewhat provocatively with a wink during a Good Morning America interview in October 2017.

Melania responded quickly and released a statement through her spokesperson: “Ms. Trump has made the White House a home for Barron and the President. She loves life in Washington, D.C. and is honored by her role of the First Lady of the United States. She plans to use her title and personality to help children, not to sell books. Obviously, this statement from an ex has no basis. Just a catchy noise and interested, unfortunately.

The relationship with Melania Trump is opaque

How his current wife, Melania, has supported the deceased over the past few months remains unclear. Following Ivana’s death, there was repeated speculation that the two women had a falling out and the 52-year-old was expected to stay away from the funeral. At previous events, such as during New York Fashion Week in 2022, the two were seen relaxing in a photo flanking Donald Trump’s unmistakable cock in the basket. The joint arrival of the ex-presidential couple as the funeral approaches now speaks of a better relationship than expected.

According to an invitation from the New York Post, Ivana’s funeral is scheduled to begin at 1:30 p.m. Wednesday. Customers are encouraged to donate “in lieu of flowers” to the dog rescue.

Previous articleBaywatch 70th Anniversary Reunion
Next articleAsier Martínez, Bronze Medalist at the Oregon World Athletics Championships: “Ever since I was a kid, they say I’m a bundle of nerves”