Iván Velásquez, the whip against corruption in Guatemala, returns to Colombia 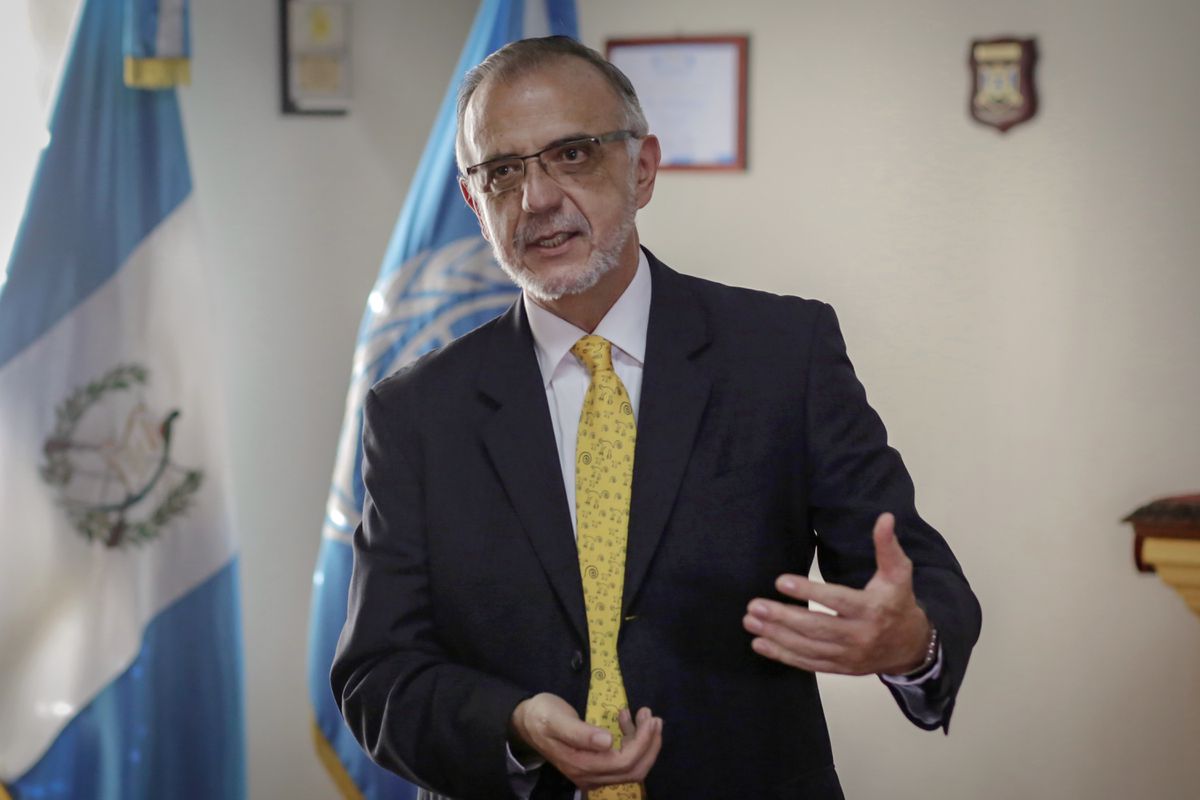 There are biographies that present the recent history of a continent. Personalities who seem made to drive alone and face titanic challenges from the cradle. Whether it’s Joe Arroyo with the sauce or Iván Velásquez with the toga.

He debuted as a prosecutor in Pablo Escobar’s Medellín in the early 1990s, he was the star prosecutor who dismantled the structure of Álvaro Uribe’s “parapolitics,” and seven years later, in 2018, he became the scourge of Guatemala’s corrupt elites until the end he was expelled from the country with a suitcase containing clothes for a week. Such was the hatred for him that at one point Colombia and Guatemala were linked by volcanoes, the Caribbean Sea and sprayed walls. Those from Colombia read “Iván Velásquez Communist” and those from Guatemala read “Communist and Foreigners”.

Only those who have gone through all this can return to the top of the Colombian Ministry of Defense at the age of 67, the most important position of the “petro era”. Beginning August 7, this grey-haired judge with the air of a professor who has lost his singing teaching class will become the new secretary of defense and the man assigned by President Gustavo Petro to crush one of America’s most powerful Latin armies. The shadowy institution that has shaped Colombia’s course for the past few decades, whether to confront the guerrillas or refer to the United States.

Before taking office, Velásquez spent four years in Central America, heading the Commission against Impunity in Guatemala (CICIG). Established in 2006, the CICIG was a novel invention of the United Nations, created when Guatemala asked for help faced with the possibility of becoming a failed state kidnapped by corrupt businessmen, soldiers and politicians. The answer was to create one Great prosecutor equipped with top researchers, financed by international cooperation and shielded from foreign countries, far from bribes. Since its creation, it has been led by militant prosecutors such as the Spaniard Carlos Castresana or Velásquez.

During the years of his tenure (2014-2018), Velásquez lived like a seminarian, locked in a cement bunker and barbed wire in the center of the Guatemalan capital, from where he only went to mass on Sundays. He and a group of young prosecutors cracked down on white-collar corruption, prosecuting illegal party funding as well as public spending on booze and celebrity travel. During those years, he secured prison sentences for former President Otto Pérez Molina, his former Vice President, seven ministers and dozens of MPs and businessmen. Such was its impact that Honduras copied the model (Maccih) and achieved something unprecedented: for the first time, prison living conditions or the harshness of the penal code became the subject of public debate since presidents, ministers and businessmen went to prison.

However, his investigation crossed the invisible family line and landed the son of Guatemalan President Jimmy Morales to three months in prison for unreported bills of less than $10,000. For an evangelical president proud of the “traditional family,” it was the turning point of a father tired of the Colombian’s humiliations. For the now 27-year-old boy, it should cease to be a young promise of a first division football team with aspirations of one day reaching the Guatemalan national team, only to become the laughing stock of a country that reminds him of his sporting prowess did not go beyond the bank: that of his team and that of the cell.

When Morales decided in September 2018 not to let him enter the country after a business trip, the Guatemalans had already put a stop to him Falcon Central America. Polls confirmed that 70% of the population approved of his government and called for his return, compared to 15% who supported the president. Finally, the CICIG was dissolved in 2019 and with it the Chapina spring and a sense of orphanage spread throughout the land.

Velásquez is accused of having imposed terror on the country’s vast fortunes, abuse of preventive detention or excessive punishment of the president’s son during his tenure. Those in power trembled every time the CICIG cars showed up because Velásquez’s goal was not just to investigate and arrest, but to be seen. That the citizens knew that something was being done and that Guatemala was changing.

“Former Minister Alejandro Sinibaldi (2012-2014) had several barrels with millions of hidden dollars confiscated, dozens of villas, jewelry, helicopters, boats… Is this normal in a country where half the population lives in poverty?” The journalist José Luis Font asked himself Guatemalans at the time. “The CICIG had the ability to channel popular anger and turn it into hope.”

When this journalist interviewed Velásquez on the eve of Christmas 2018, he had been in exile in El Salvador for three months, arriving with a suitcase “and clothes for a week”. He then held human rights-related positions at the United Nations and now returns to the front line of fire with a colossal challenge: clean out the armed forces that swallow when they picture Petro with the presidential sash across his chest, what you get within two weeks. In this interview, in the Central American heat, Velásquez was a man dedicated to fighting corruption and convinced to create a culture of justice in such a hostile place. In the closing stages of his final mission as prosecutor, Velásquez lamented that he had not properly assessed the size of his enemies or the magnitude of the challenge he faced. A reflection that could be the bed book of the new stage.