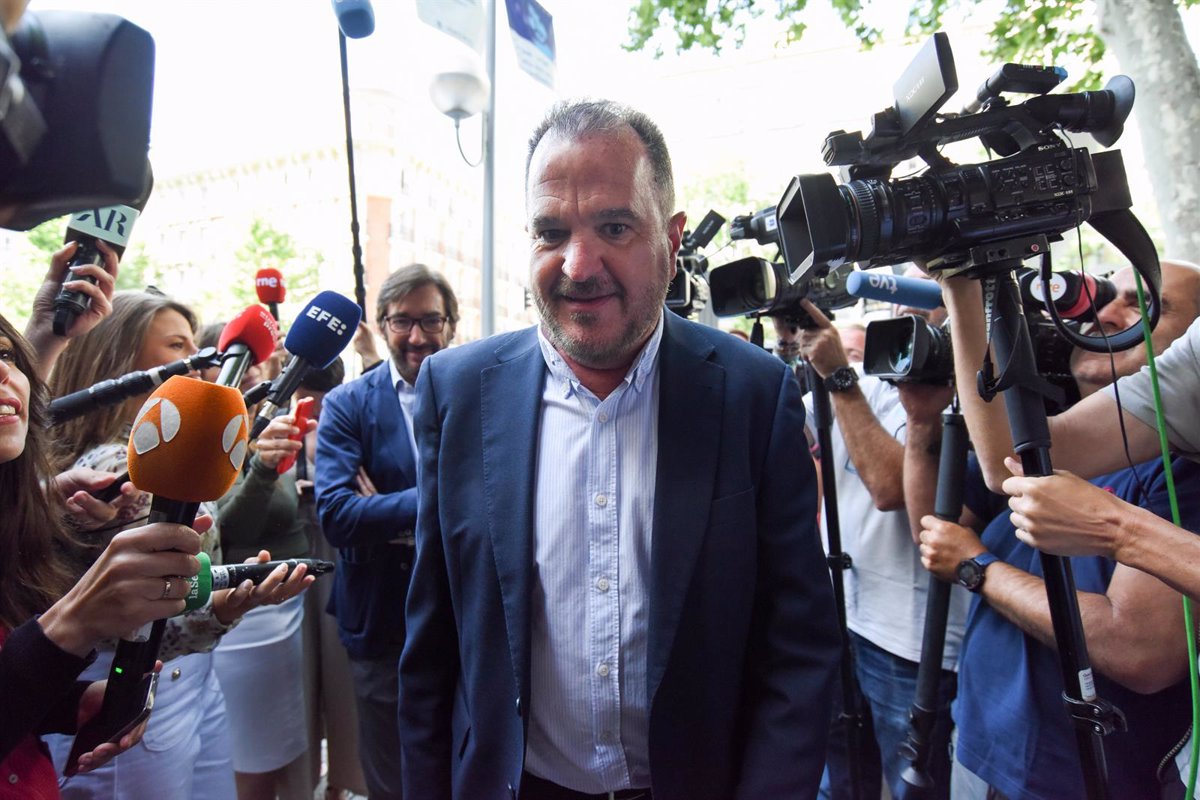 He wonders if “anyone imagines that the Socialist Party had the NSDAP as an ally in Germany?”

The President of the Basque PP, Carlos Iturgaiz, has complained that in Euskadi some parties are erecting a “sanitary barrier” to Vox, a party that “condemns violence”, and on the other hand this is not “being done to those who justify violence “. . “Can you imagine that the Socialist Party had the NSDAP as an ally in Germany?” he asked.

In statements to Onda Vasca collected by Europa Press, the popular leader has also referred to the recent harassment and threats his son was subjected to by a group of people at parties in the Getxotarra neighborhood of Romo.

When asked whether it wasn’t time for the PP to “do politics” with EH Bildu, Iturgaiz asked himself why there are formations in the Basque Parliament that “do a cordon sanitaire for Vox, never to violence.” justified, condemned and is a juridical party”.

On the other hand, he disapproves that “those who justify violence have no cordon sanitaire”. “Does anyone think the Socialist Party had the NSDAP as an ally in Germany? what would some say There are some here who are Nazis because justifying violence is Nazis. How will we make agreements with those who don’t follow? the rules of the democratic game?” he stressed.

In this context, Iturgaiz lamented the “harassment, threats and insults” his son suffered from “radicals who have targeted us” and acknowledged that his son was “hurt” by the situation he experienced.

He also recalled the harassment Ertzaintza agents had recently been subjected to and denounced the intention to “create ghettos as the Nazis did to the Jews”.

“It is unbearable that there are young people in our society who have inoculated anger and hatred against anyone who doesn’t think like them,” he said, adding that EH Bildu “justifies” this behavior while this is happening.

In this regard, the popular leader has warned that some behaviors of young “radicals of the extreme nationalist left” are “justified by Bildu and Sortu”, who welcomes the “threats and insults”.

If those who behaved like this were “isolated” and no one “applauds their mistakes,” he said, “it would be easier to get rid of this scourge.” “There’s also a hatred that breeds in some families, in some groups… they create a scourge against living together,” he described.

In this way he has chosen to carry out “a plan of coexistence and tolerance”, although the second party in Euskadi and in Parliament – in relation to EH Bildu – continues to “justify and welcome this scourge”.

He also complained that “far from having the support of any position of EH Bildu, there was “a councilor” of Getxo who came to confirm that his son had provoked. “To breathe, because you are the son of the President of the PP, you are already provoking and you cannot go to the parties in your city because it is a provocation. But where have we arrived?” he asked.

As he denounced, those who provoke are those who shout, “Here is Iturgaiz’s son, go to him like a pack of hyenas and hit” one of his friends who came out in his defense. “I would like to see where the feminists are denouncing that they hit a woman,” she added.

Finally, he has shown his gratitude to all the democratic parties that condemned the events and “put themselves in the role of father and mother”.