It’s not the last war 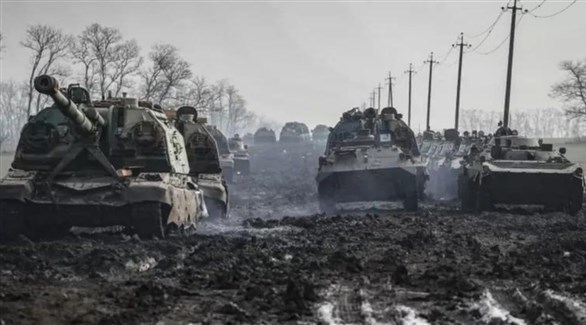 Who leafs through the history books will find that blood colors them, greed controls them and terror controls them, the gates of wars and the chapters on free slaughter and sustainable displacement occupy most of their pages, as if it were written in the man from the battle of Cain and Abel to move from one battle to another.

History books speak of wars that broke out in ancient times; As a result of the desires of the rulers to possess the entire planet, the wars in the Middle Ages, for ideological reasons and authoritarian ambitions, and the wars in the modern era for colonial desires and imperial purposes, among the wars waged by humanity are meet the two world wars. wars that occurred in the last century; During which half of the planet fought against the other half.

Whoever contemplates human history with wars believes that conflicts and destruction did not spare even one square meter of land. The more we hope that the spread of science and subsequent human civilization and technical progress can protect the planet from the evil of wars, the more we realize that we are delusional; Like the 21st century, in which progress and civilization reached their limits, man lived his two decades ending a series of wars. As soon as humanity emerges from one, it finds itself in another confrontation, as if it were man’s destiny to flee from war to war; Therefore, we are not surprised to read news about Afghans who fled the fires of their country, to die in the Ukraine, or Iraqis who fled their land, to be killed by the war in the land of Syria, or about Syrians who fled from the hell of his homeland, to die in the land of Libya, etc.

Today’s wars, not only wars of states against states, but wars of terrorist groups against states and against the world, have produced wars of states against these groups, and they are not only wars with traditional military weapons, but also with modern weapons; In particular: drones, electronic warfare aimed at seizing accurate and dangerous data and information on sensitive devices, ministries and agencies in the target country, information wars not unlike those waged by Hitler against his opponents in World War II, and economic wars that they isolate countries and suffocate their economy until it collapses; Inciting peoples against their governments, and other wars that resulted in the 21st century, in which all the world’s weapons and technologies were pointed at each other.

The century greeted us with the attacks of September 11, 2001, which targeted the World Trade Center towers in New York and the headquarters of the US Department of Defense, and the global wars on terrorism, which began with the war against Al-Qaeda and the Taliban in Afghanistan after less than a month of bombing, and continued for 20 years, ending last year with a humiliating unsuccessful US withdrawal and handover of the Afghan state to the Taliban.

The anger of the United States extended to Iraq, which it invaded with its allies, claiming it possessed weapons of mass destruction, and “spreading the values ​​of democracy in the region, starting with Iraq.” They were all invented reasons, which created a war that demolished an Arab country, destabilized the region, multiplied the number and forms of terrorist groups, and revealed countries that support extremist groups, supply them with weapons and tempt them with money, to use them. . to destabilize other countries, and drag the countries of the region into a series of wars against terrorism, in which they succeeded. Some countries are besieging, dispersing and displacing their elements, but no one can uproot terrorism, because it requires changing the mind that has been inhabited by destructive and extremist ideas, which takes decades and decades.

From the war against terrorism, the world entered a war of another kind, going through the war against the Corona virus, which caused a pandemic that forced the world to close its doors, paralyze its production, impose a curfew and declare an emergency. . and no possible reasons to prolong the time of war, after the Russian attacks seized Kharkiv, Zaporozhye, Mykolaiv, Sumy, the capital kyiv, and the siege of Mariupol and the attack on other cities, forcing the Ukrainians to flee by millions to the unknown in neighboring countries.

The Ukraine war will not be the last, and it seems that the planning to start new wars has not stopped, and the plots of politicians against the people will not end, and the future will be more full of conflicts.