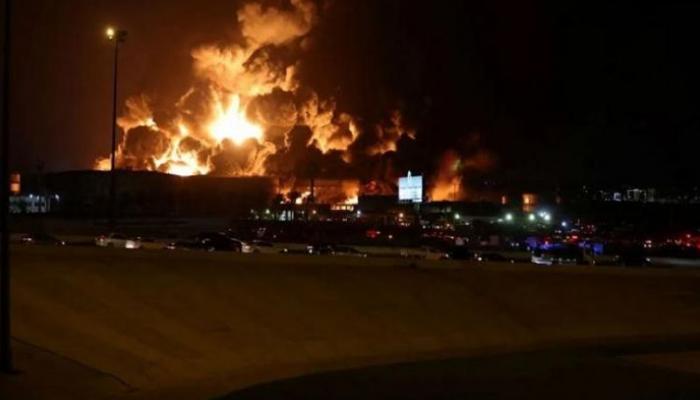 As the world tries to find solutions to the energy crisis, in the midst of the Russo-Ukrainian war crisis, the Houthi attacks on Saudi Aramco have caused further concern.

If Western countries, led by the United States, are trying to prevent Russian oil supplies, amid an unprecedented series of economic sanctions imposed by these countries against Moscow following the entry of Russian forces into Ukraine, then everyone has another option. reason to worry.

This is the reason for the attacks carried out by the Houthi terrorist militia against Saudi oil facilities, which could affect the Kingdom’s production, especially in light of the frequent recurrence of these attacks in the recent period.

Crude prices rose more than 1% to over $120 a barrel on Friday, after traders were puzzled between the impact of a missile attack on an oil distribution facility in Saudi Arabia and the possibility of The United States withdraws from the Strategic Petroleum Reserve.

Both benchmarks posted their first weekly gains in three weeks, with Brent up more than 11.5% and West Texas Intermediate up 8.8%.

The Arab coalition in Yemen, led by Saudi Arabia, announced the hostile operation that targeted the Aramco oil product distribution station in Jeddah, noting that a fire broke out in two tanks, which was brought under control without injuries or casualties.

And the spokesman for the coalition forces, Brigadier General Turki Al-Maliki, announced that a fire broke out in two tanks belonging to the oil facility, and the fire was brought under control with no casualties or injuries, adding that this hostile escalation is targeting oil. facilities and is focused on trying to influence energy security and the backbone of the global economy. And there is no impact or repercussions of these hostile attacks on the activities of public life in the city of Jeddah.

repercussions of the attack

Saudi Arabia has said it will not take responsibility for tight oil supplies on world markets due to Houthi attacks on its oil facilities.

According to Reuters, Andrew Lipow, president of Lipow Oil Associates in Houston, said the market, which was already avoiding Russian oil supplies, has something else to worry about with the Houthi attacks, which could affect Saudi production. Saudi Arabia, noting that Houthi attacks have become more frequent

With global inventories falling to their lowest levels since 2014, analysts said the market remains vulnerable to any supply shock.

One source said the Biden administration is considering another release of oil from the Strategic Petroleum Reserve that, if implemented, could be larger than the 30 million barrel sale earlier this month.

The number of US oil rigs, an early indicator of future production, rose by seven to 531 this week, the highest level since April 2020, as the government urged producers to boost production following Russia’s war in Ukraine.

Although the number of oil rigs has risen for 19 straight months, the gains have been small and have slowed recently as many companies are focusing on returning money to investors rather than ramping up production and facing supply constraints.