“It’s about the existence of the Ukrainian state” 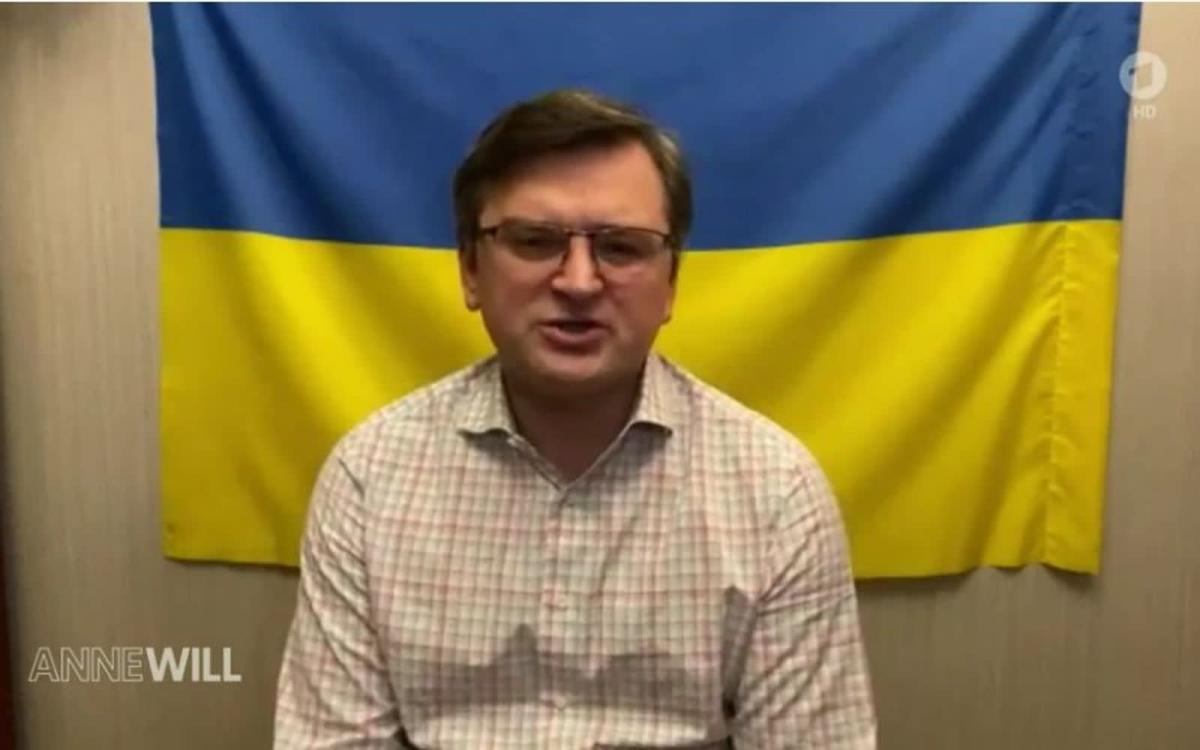 Two and a half weeks after the start of the war in Ukraine, there are numerous calls for new sanctions against Russia. On Sunday, Ukraine’s Foreign Minister Dmytro Kuleba and Federal Minister of Economic Affairs Robert Habeck discussed their positions on “Anne Will” in the first part of the first issue.

Two and a half weeks after the outbreak of the war in Ukraine, the situation has become even more critical: for a few days now, the western parts of the country have also been increasingly attacked by Russian troops. This means that NATO is also under increasing pressure: “How can Putin’s war be ended?” – Anne Will discussed this question Sunday night on her eponymous ARD talk show. Invited to the study were the CDU politician and retired colonel Roderich Kiesewetter, the Ukrainian writer Katja Petrowskaja, the researcher Claudia Major and the federal chairman of the SPD, Lars Klingbeil. There were also live broadcasts with the Federal Minister for the Economy, Robert Habeck (Bündnis 90/Die Grünen) and the Minister for Foreign Affairs of Ukraine, Dmytro Kuleba.

Kuleba described the situation now showing a certain willingness for dialogue on the part of Vladimir Putin. The Russian president is currently experiencing unexpected losses of people and war material: “This is pushing Putin to change his position at least a little,” Kuleba explained. However, the attacks in Ukraine continue: “This is a war in which the existence of the Ukrainian state is at stake. We are sacrificing ourselves in this war because we know that our future is at stake.” A solution can only be found “on the basis of respect for the sovereignty and territorial integrity of Ukraine.”

Habeck: “It’s okay that we don’t do everything”

The Ukrainian politician wanted Germany to have a “leading position” on sanctions: the federal government should not only support Ukraine’s membership in the EU, but also provide the necessary weapons, because: “You have helped build the current power We hope that he will now do his part to stop the Russian war machine.” He understands that it is not easy to change German policy all at once, but this must happen now: “Now we are seeing the true face of Russia. Our children are being killed, our cities are being razed,” he said. 40-year-old man: “That’s why you arrest Putin, because Ukraine is not his final destination.”

Federal Economy Minister Robert Habeck, on the other hand, advocated caution in imposing more sanctions right at the start of the program: any ill-considered step could mean that Germany would not even be able to keep up with the current sanctions. “Under no circumstances should we allow Putin the triumph we have of withdrawing measures that have already been imposed,” said the green politician. “But that doesn’t mean we’re not doing anything,” he continued: “Every day, the world community and Germany move away from Russian coal.” But: “If you flip the switch right now, there will be delivery bottlenecks, mass unemployment and poverty in Germany; people who will no longer be able to heat their homes; people who will no longer have gasoline. And that would take several months or years.” “

If the federal government has itself to blame for not doing everything it can to stop Putin, Anne Will wanted to hear from her guest. “It’s okay that we don’t do everything,” Habeck replied firmly: exports like wheat or rapeseed from Russia are not banned, because otherwise Germany would risk a famine crisis. “We don’t deliver heavy tanks or planes to Ukraine because we don’t want to provoke a confrontation between Russia and NATO,” the 52-year-old continued. “Germany does a lot, but what can it be responsible for.” Otherwise the country I would be in an uncontrolled situation.