Italy threatens Russia after threats to support sanctions against Moscow 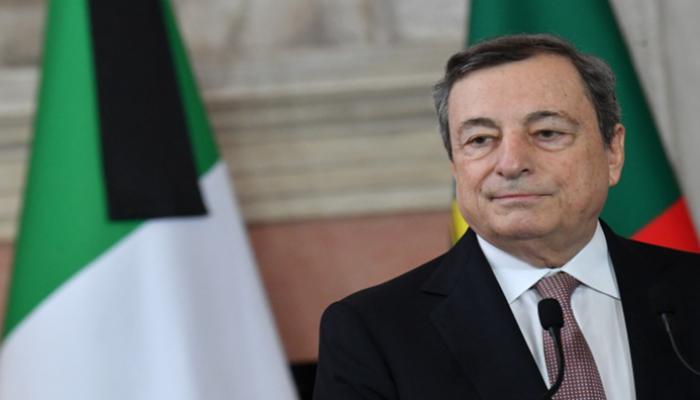 Italy vowed on Sunday to keep up maximum pressure on Russia to stop its war in Ukraine, following Moscow’s threats over sanctions.

Italy has condemned Russian threats against it by a senior Russian diplomatic official while criticizing European sanctions against its country.

The director of the European Department of the Russian Foreign Ministry, Alexei Paramonov, accused Italy, in an interview with the Russian state agency, RIA Novosti, of having succumbed to “anti-Russian hysteria” and forgotten “in a second” centuries. of bilateral relations. relationships and agreements.

He added that he hopes “that Italy does not promise to launch a ‘comprehensive economic and financial war’ against Russia, similar to the one issued by French Economy Minister Bruno Le Maire earlier this month, before later retracting his statements.” “.

He stressed that such a war “will lead to a series of irreversible consequences.”

The Russian official also noted that Moscow provided “significant” assistance to Italy at the start of the COVID-19 pandemic in 2020, according to him, at the request of Defense Minister Lorenzo Guerini.

He considered this minister as one of the “main instigators of the anti-Russian campaign” within the Italian government.

The Italian Foreign Ministry confirmed that it “strongly rejects these threatening statements” from the Russian side, and stressed that Rome and the rest of the European Union “will continue to exert maximum pressure” on Russia to stop its war against Ukraine.

For his part, Italian Prime Minister Mario Draghi called the comparison between the war in Ukraine and the epidemic crisis in Italy “abominable and unacceptable.”

As for Guerini, he declared that Italy “will not be carried away by the propaganda game” and will continue to support Ukraine.

Ukrainian President Volodymyr Zelensky is scheduled to address the Italian Parliament via video technology from kyiv on Tuesday.