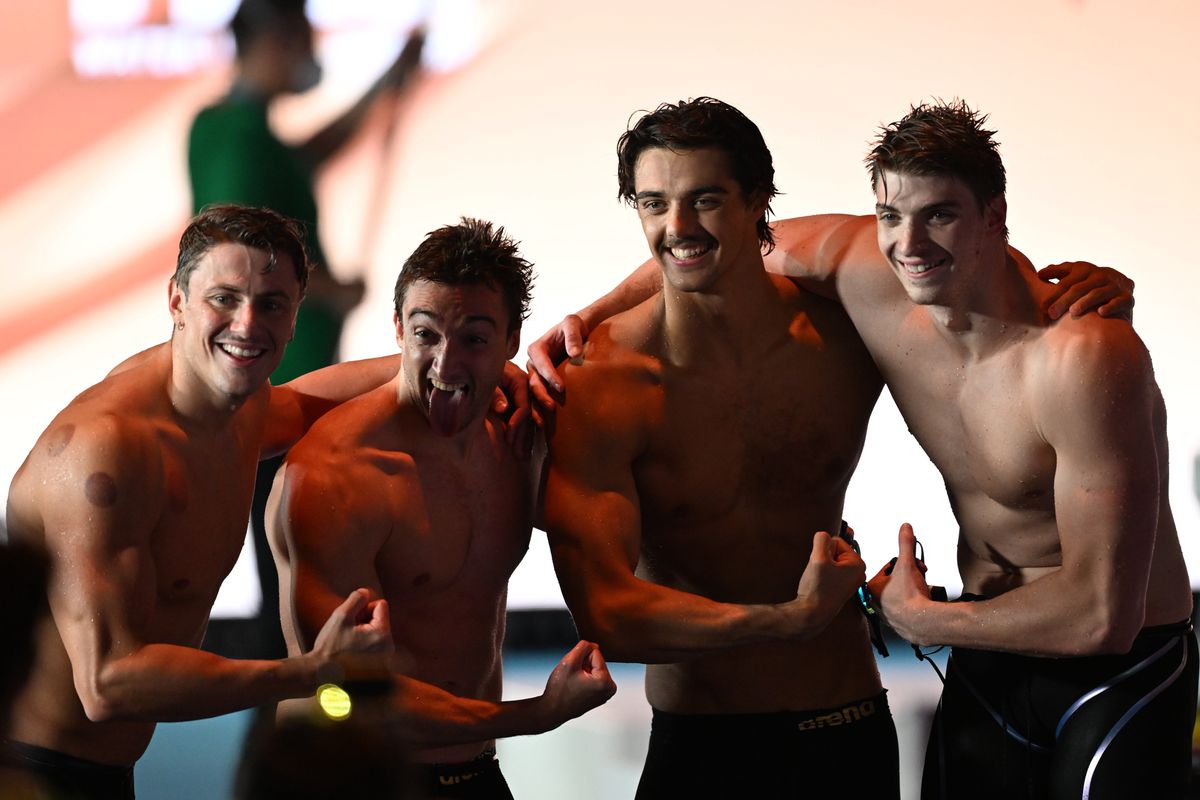 The air is charged with electricity when Benedetta Pilato gets on the bus. the beautiful Martinenghi makes a foreshortening, the physiotherapists are excited, the technicians laugh and humorous jokes can be heard from the passage that refer to the southern origins of this 17-year-old who, without taking off her sunglasses, responds to the tumult with a beaming smile at the Attitude of someone who feels they have absolute ownership of the situation. “lump…!” a colleague bites her. “Go and dance the tarantella…!” “Independence for Veneto now…!”

As a source of contagious energy, the girl not only makes the explorers laugh on the way to the racing pool. It awakens the fascination suggested by things that are difficult to explain. He was born in Taranto in Puglia, one of the most disadvantaged regions in Europe. Since her city doesn’t have 50-meter swimming pools, she trains in one of 25. Since she was five years old, her progress has been monitored by Vito D’Onghia, an official at the Ministry of Health, who is unable to accompany her to the major competitions , because he lacks the senior coaching qualification. Last year he hit 50m breaststroke world record and last week he won gold in the 100m at the World Swimming Championships, which just ended in Budapest in historic figures for Italy.

Never had an Italian team achieved 14 medals at a World Championship. The gold medals of Thomas Ceccon in the 100m backstroke, Nicolò Martinenghi in the 100m breaststroke, Gregorio Paltrinieri in the 1,500m, Benedetta Pilato in the 100m breaststroke and the 4 x 100m relay express the consolidation between the great powers of a country that until then Two decades ago he went to the Games and the World Cups to play a minor role in the shadow of the United States, Australia or Japan.

“It seems contradictory,” says Cesare Butini, who coached Alessia Filippi, a medalist at the 2008 Games, before becoming Italy’s technical director, “Swimming is an individual sport, but individuality can only express their talent in a strong group. And on the contrary, talents like Ceccon, Paltrinieri, Pilato or Martinenghi make others want to be like them. Our strategy is for the guys to spend a lot of time together. After the World Cup, we’re going to the Canary Islands for ten days so that the sprinters can train together.”

Butini, who lives in Rome but tours Italy for three days each week and visits swimmers – from Puglia to Piedmont – pauses and notes: “The other big motivation for group cohesion is the cohesion of the coaching staff. We train together between three and four times a year because we intend to have a team of coaches and not swimmers. As an organization we consider the swimmer to be the focal point, but the fundamental figure is the coach. When the athletes see that their coach is in tune with the other coaches, they integrate better into the group, they easily trust what they are told.”

Italy’s party contrasts with its neighbors’ discouragement. The same bus that transports Benedetta Pilato and her cronies serves to take the least competitive Spanish team in history. Both delegations share the services: transport and seat at the Thermal Hotel on Margarita Island in the Danube. The parallels end there.

Spain completed its first World Cup in four decades without a final and without any of its eight representatives setting a record in inline swimming. Irishman Sean Kelly, technical director for a year and a half, issued a statement on Saturday about the end of participation. “The results have been very poor, a consequence of a system that we have dragged on for decades,” he said.

“The squadrons, a fabulous engine to form a group”

The Spanish FA started a process with Kelly aimed at importing the British model to Spain. But the model that has grown most steadily in Europe over the last 20 years is that of Italy, a country located in a narrower socio-cultural context, which was realized in Budapest the first gold in its history in the 4×100 style relay. After the bronze medal at the Tokyo Games, the Italian feat in the test that values ​​collective work confirms the creation of something that has been repeated since the performance of Massimiliano Rossolino and Emiliano Brembilla in the years leading up to Sydney 2000. Something the Spaniards have never formed in swimming: a team that goes beyond numbers.

Alberto Burlina, Thomas Ceccon’s coach, points out the key: “This is a great family that starts at the bottom, in the youth categories,” says Burlina. “From the federal centers in Ostia, Piedmont or Verona, we bring together the technicians who work with the most promising talents. So we started working as a team. This is one of the factors that creates a sense of belonging in swimmers. The other is the development of relay teams: relays are a fabulous engine for building a group and fine-tuning the competitive ability of swimmers and the collaborative work of technicians who therefore need to share part of the preparation program. The boys see that.”

The last time Spain did anything important in a relay competition was at the Athens Games in 2004 when Tatiana Rouba, Melissa Caballero, Erika Villaécija and Arantxa Ramos finished fifth in the 4×200. The federation never managed to develop anything similar in the years that followed, in the era of Mireia Belmonte – the best Spanish swimmer of all time.