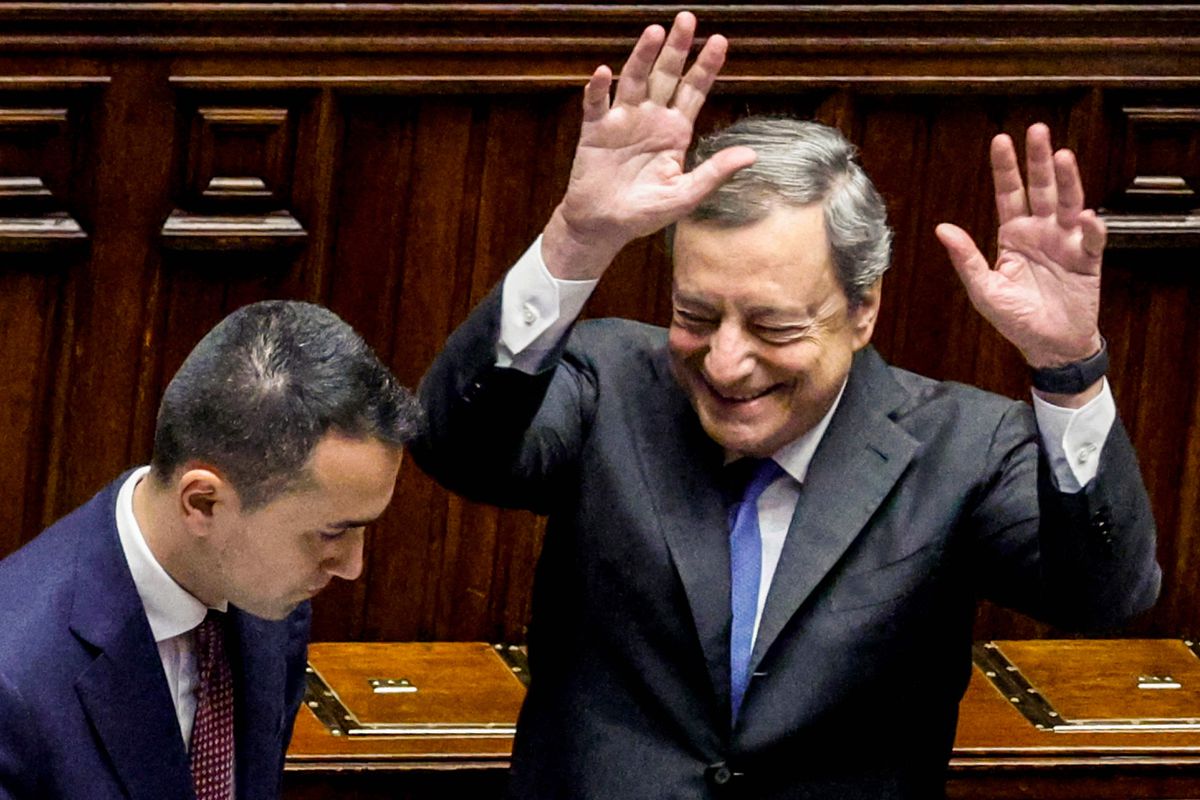 In order to limit political instability and deal with the pandemic and the economic crisis, but also to seize the opportunity of the massive Next Generation EU recovery fund, in February 2021 the President of the Italian Republic asked Mario Draghi to head a government of national unity, only avoided by Giorgia Meloni’s far-right group Brothers of Italy.

However, the local elections in May signaled a major electoral setback for both the League and the 5 Star Movement. The two parties, who grew up with a populist and anti-system message, have suffered from the support they have given to the former European Central Bank governor, until recently seen as the source of all evil. The Lega lost support in favor of the Brothers of Italy, who became the first Italian party in the polls; The 5 Star Movement, on the other hand, left them to abstain. A few months before the legislature’s natural end – March 2023 – both parties have begun to distance themselves from the Draghi government’s embrace, which has blurred their identities and muddied their message of protest. The 5 Star Movement paid a price as a split emerged between Foreign Minister Luigi Di Maio’s pro-government wing and the opposition wing led by Giuseppe Conte.

In fact, the 5 Star Movement opened the crisis and the League closed it, taking the opportunity to return to the elections. In fact, on July 14, the 5 Star Movement did not vote on the government’s request for approval of a decree that included important measures to support families and businesses, as well as a heavily criticized measure: the construction of a waste processing plant in Rome, a city that has been overwhelmed with garbage for years. The Prime Minister immediately understood the consequences and submitted his resignation to the President of the Republic. He refused and asked him to return to Parliament to see if a majority was possible.

And so it happened on Wednesday 20. Draghi delivered a crucial speech in which he justified his achievements but also pointed to the climate of division between political forces and the goals still to be achieved. He then drew attention to the strong demand for continuity and political cohesion emanating from the country. In a recent poll, two-thirds of Italians were against snap elections. In addition, more than 2,000 mayors and numerous representatives of representative bodies and organizations have submitted an urgent request to the government for continuity in the finalization of the National Recovery and Resilience Plan (PNRR).

At the end of his speech, Draghi delivered a clear and unequivocal message. The country does not need “facade trust” but the revival of “a new, sincere and concrete pact of trust”. In a moment of great intensity, he asked the major parties four times, “Are you ready to rebuild this pact?” They were not.

So Draghi resigned. Italy will in all likelihood hold elections in the autumn. Why this crisis? The most distant causes are related to the presence of a majority of populist political forces, driven by economic decline and rising inequality that has persisted for more than 20 years.

On the other hand, the closest causes are related to the chance perceived by the centre-right coalition (including Meloni) to easily win early elections against a crisis-torn centre-left coalition (PD + M5E and others formations). . . In fact, the Democratic Party strongly supported and placed its trust in the Draghi government. The Five Star Movement, on the other hand, has recognized that it faces a certain electoral debacle in March if it presents itself as part of the national unity government. It’s not clear that defeat won’t happen anyway, but who knows if the 5 Star Movement can win back some support by returning to protest style.

Everything is therefore understandable from the perspective of individual political actors. From a collective point of view, however, these “individual rationalities” produce undesirable effects. A new era is opening in which partisan interests will prevail over national responsibility. It remains to be seen whether this will bode well for Italy. The populist parties have resumed their work. It’s in their nature. As in Aesop’s fable, where the scorpion stings the frog that helps him cross the river, condemning himself to drowning.

- Advertisement -
Share
Facebook
Twitter
Pinterest
WhatsApp
Previous articleMoreno, Andalusian President for the second time with the absolute majority of the PP and the “loving” abstention of Vox
Next article‘The Perfect Dinner’ guest leaves the table: ‘It was bad’