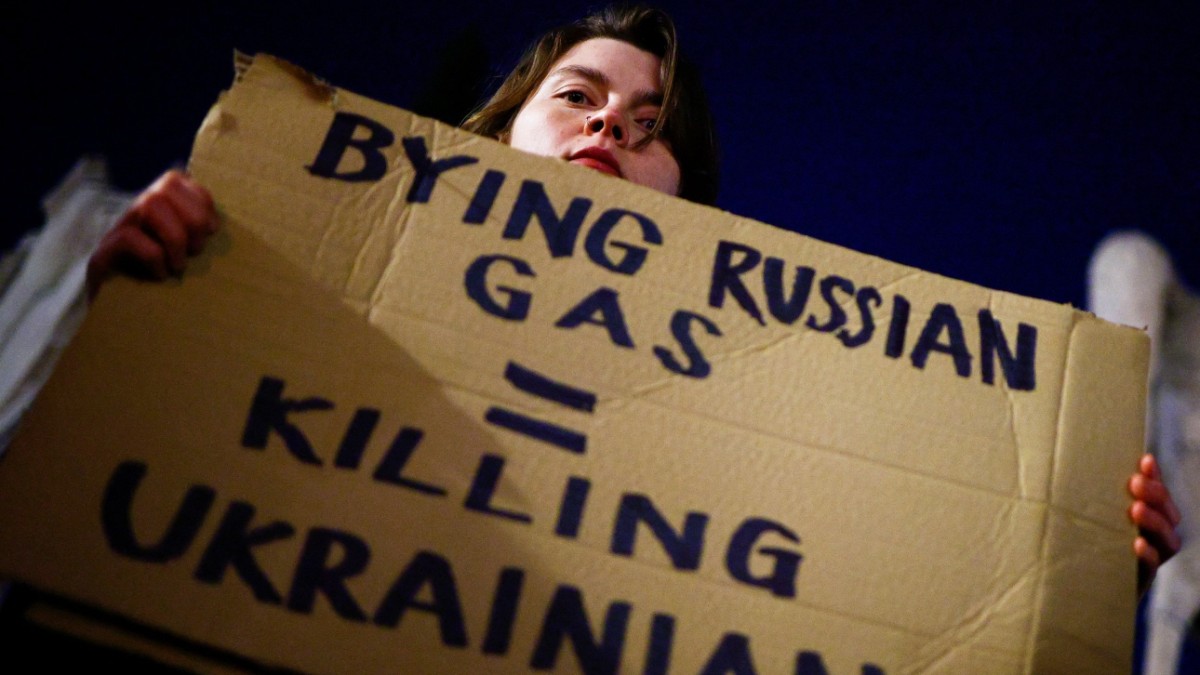 “No Russian gas”, was the headline of the Milanese newspaper. Corriere della Sera A few days ago, “we will experience a cold autumn”. That was meant literally, but also metaphorically for the big picture.

Italians are only just realizing how dependent they have become on gas supplies from abroad, especially Russia. And since they not only use the gas for heating and cooking, but also generate a considerable part of their electricity needs through combustion, the concern is perhaps even greater than in other countries now that the war in Ukraine has shattered certainties. . Spring is almost here, and summer shouldn’t be a problem either, but fall looms like a dark threat.

Prime Minister Mario Draghi recently said in Parliament that it is not impossible that gas consumption will have to be rationed, at least for industry. Now you are paying for myopic strategies, for selling your own autonomy, for an inadequate energy mix. In 1980, when the country only consumed about 40 billion cubic meters of gas a year, it still produced almost half of it on 115 offshore platforms, mostly in the upper Adriatic. Production has shrunk more and more in the last twenty years, and oil rigs have gone out of fashion along with fossil fuels. Italy now uses almost twice as much gas as it did four decades ago, but only produces 3.5 billion cubic meters.

The rest comes via pipeline from Russia (about 40 percent), Algeria (28 percent), Azerbaijan (9 percent), Libya (4 percent), to name just the top suppliers. Qatar ships liquefied gas on cargo ships, which is converted into gas at three Italian locations. In the fields of Livorno, Panigaglia and Cavarzere are also found most of the Italian reserves.

That’s not much: if all gas shipments from abroad stopped tomorrow, it would be enough for eight weeks, says Roberto Cingolani, Minister of Ecological Conversion. Of course, the Italians are now trying to make better use of existing channels and increase import volumes from non-Russian sources to evade possible blackmail from Moscow. They do it on their own so you can go a little faster. Since the outbreak of the war, Foreign Minister Luigi Di Maio has already traveled to Algeria and Qatar, taking with him the head of the Italian oil and energy company Eni.

The only way out: a relapse into obsolete times.

Negotiations with Qatar are difficult because the Gulf state has long-term commitments to clients in the Far East. Things were going better with Algeria: lately more gas has arrived in Italy through the trans-Mediterranean gas pipeline than in Russia. More is also expected from Azerbaijan, the new Trans-Adriatic pipeline is only half used. And then there is Libya, the former colony. The Italians used to get a lot of gasoline from there, it’s so close. But when it became clear that Muammar al-Gaddafi was using the agency politically, new providers were sought. But you didn’t learn much from it.

Studies now show that Italy could only make up about half of a total Russian gas failure with more gas of its own, as well as Algerian, Azerbaijani and Libyan gas. There is a shortage of about 15 billion cubic meters per year, which is quite a lot.

The alternatives? Italy does not have nuclear power plants. And renewable energy sources are not easy to develop, it takes a long time and a lot of it is red tape. In the short term, there is only one way out, which Draghi named with a tone of resignation during his appearance in parliament: the government has instructed six coal-fired power plants in the country to prepare to restart production, he said. . .

Italy had pledged to phase out all its coal-fired power plants by 2025 as a contribution to reducing CO₂ emissions. The works account for about eight percent of Italy’s total air pollution. The one in La Spezia has already been closed, the others have reduced production.

In Monfalcone, in the far north-east, where closure was imminent, the decision was made with great relief: the name of the place symbolizes how unhealthy dirty energy is for people and the environment. Now it may be that Monfalcone falls again in dramatic times because of Vladimir Putin.

Suddenly the “Trivelle” are back in the news, that’s what the controversial drilling machines are called. Until now, there has always been strong resistance to this, not only for ecological reasons, but also for aesthetic reasons. And now? Cingolani announced that the government has simplified the procedures for approving new platforms. From the mouth of the minister, who is supposed to make Italy’s energy production more environmentally friendly, that is a remarkable statement.