Italian League: Top clubs… to improve their positions before the international break 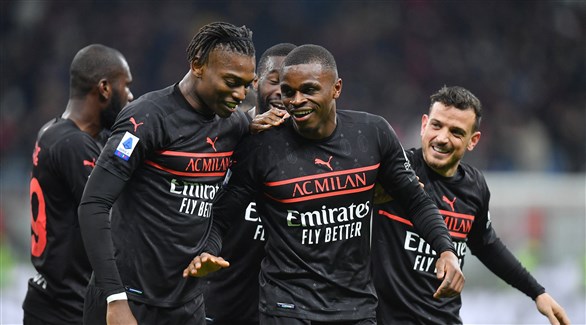 Napoli will open its matches today, Saturday, when they host the Nordic team, Udinese, on matchday 30 of the Italian Football League.

Napoli sit second on 60 points, and are looking to snatch top spot from leader Milan, by just 3 points, while Udinese are 14th on 30 points.

Fiorentina will face Inter Milan at nine o’clock at night, also on matchday 30 of the Italian League.

Inter Milan are looking to regain the winning tone after being satisfied with a draw with Torino on the last day, which left them 4 points behind leaders Milan with an incomplete game for Inter.

Inter stumbled in several games in the last two months, most notably the loss to Sassuolo and leaders AC Milan, who seized the opportunity and climbed to the top of the table.

Nerazzurri coach Simone Inzaghi wants to rectify the situation and win back, but rival Fiorentina is one of the standout clubs this season, sitting in eighth place and vying for one of the Europa League qualifying spots.

Inter Milan ranks third with 59 points from 28 games in the tournament, in which they have achieved 17 wins, 8 draws and 3 losses, while Fiorentina ranks eighth with 46 points after playing 28 games, in which they also he has won 14 matches. tied 4 games and lost 10 games.

In another high caliber confrontation, leaders Milan will play host Cagliari, as manager Stefano Pioli looks to continue at the top of the competition table and not allow Napoli to jump to the top of the championship.

Milan struggled more with smaller clubs than giants this season, and it wasn’t easy beating Empoli at the San Siro after the match was decided by Pierre Calolo’s strike to keep them top of the league table. Italian with 63 points.

On the future of the competition and the possibility of Milan getting the title, Pioli said: “I won’t say that Milan can get the Scudetto until before the last day of the season, and we have four more points than the second placed team.” . .”

- Advertisement -
Share
Facebook
Twitter
Pinterest
WhatsApp
Previous articleFrom multimillionaire life to 2,900 euros in pocket per month: the Russian oligarch says he does not know how he should live since the sanctions
Next articleWhat Now? Newsletter: Just Good News and Inspiration for the Weekend