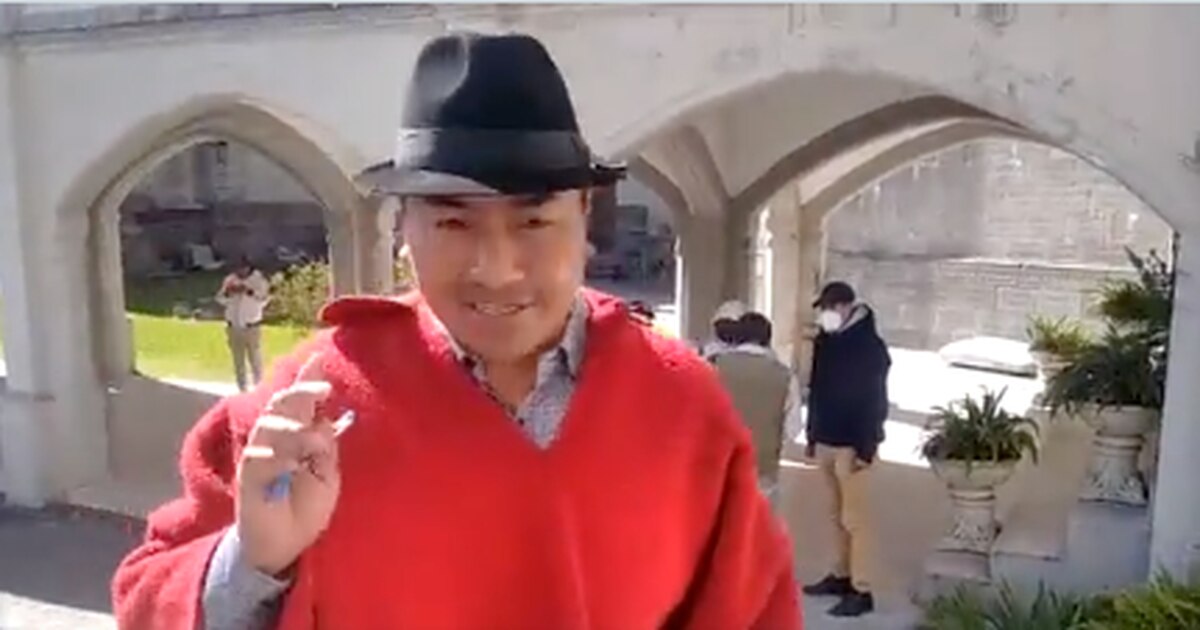 This Tuesday June 28 The second day of the meeting between the five powers of the State and the representatives of the indigenous communities will take place. The session was agreed at 9:00 a.m. but there is an hour late, although the president of CONAIE Leonidas Iza has already arrived.

As he finished his admission to the Liceo Matovelle school, Iza was asked about the expectations for this Tuesday. The leader said they expect results from the government.

Ecuador saw this Monday for the first time the beginning of a dialogue between the government and the indigenous movementafter spending two weeks of protests due to the high cost of living, during which serious episodes of violence and repression were experienced, with a death toll of five and around 400 injured.

The president of the #ConaieLeonidas Iza, has just arrived at the auditorium of Matovelle College, in #Quito, for dialogue with the government. When asked what he expects from this appointment, he answers: “results”. Inside, there are a lot of expectations for what can be achieved today. pic.twitter.com/61TwcTWSPO

The meeting, which lasted almost seven hours, took place in the Basilica of the National Vote, of Quito, and ended with new government offers that did not satisfy the indigenous movement, so the talks had to continue on Tuesday.

On behalf of the executive, the government minister, Francisco Jiménez, and the secretary of public administration, Iván Correa, were present, while on the side of the indigenous movement, all the staff were present, led by the president of the Confederation of Indigenous Nationalities of Ecuador (Conaie), Leonidas Iza.

The government was willing to address the ten points of the indigenous movement’s list of demands in working groups and in return asked them to suspend the demonstrations, to which the participants responded with a broad display of rejection.