“It was as if he had been waiting for us”, the colleagues of ‘De Boca en Boca’ were in the last moments with Miguel Cedeño 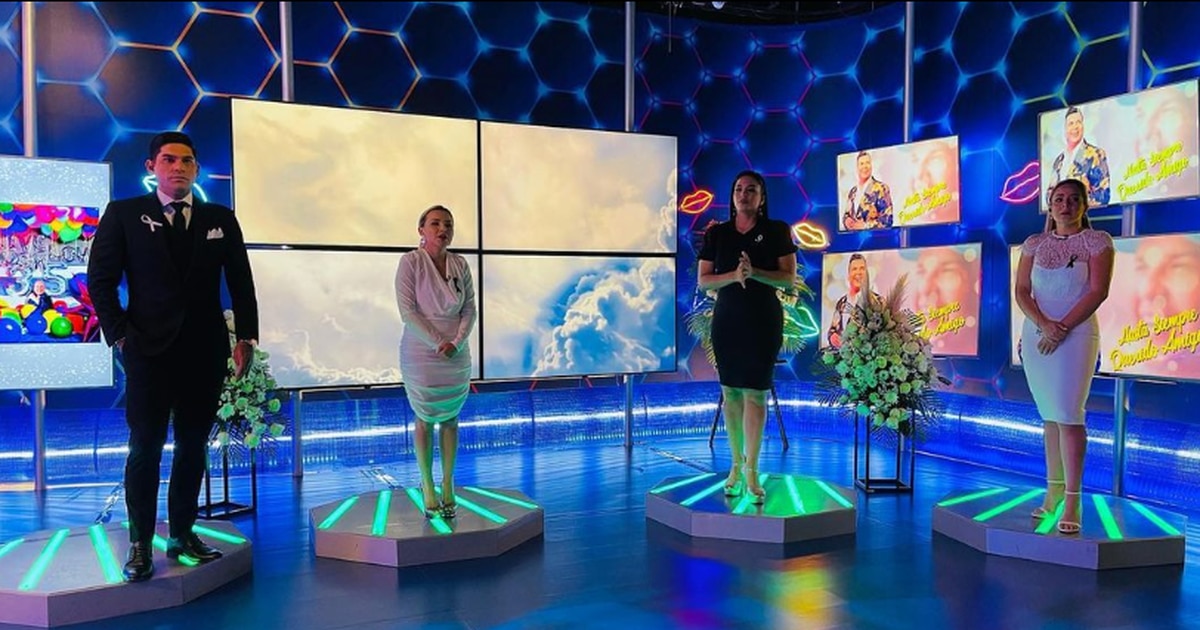 Ecuadorian show business is in mourning, beloved Miguel Cedeño has died after seven months of battling cancer. The program From mouth to mouth where he had worked since June 2015 bid him a final farewell with a moving tribute.

The four presenters Lissette Cedeño, Emilio Pinargote, Silvana Torres and Cynthia Naveda with their broken voices remembering their friend, they took the program, a tribute to Miguel in a place where he was very happy, the studio of ‘From mouth to mouth’.

Cynthia Naveda in one of his speeches he cried and said that they were in their last moments and it was as if ‘La Cerecita’ had been waiting for them all.

“What we have experienced since the afternoon and early morning today is extremely sad (…) At the foot of his bed, clinging to the occurrence of a miracle (…) is as if he waited for us, we arrived one by one and he waited for us so that we were all complete, his family, his friends It’s painful, but you have to resign yourself knowing that he no longer suffers .

The studio was full of white flowers and pictures of Miguel with that signature smile. Presenters in black and white outfits greeted viewers.

“I believe that ‘De Boca en Boca’ will never be the same without you because it was your program Miguel, to which you gave your heart. You don’t care about anything when it comes to reporting, tomorrow afternoon or in the night. Always think about the content, do an extraordinary job (…) Today I wonder why? Why did you leave? You had so much to give us. I know that we must respect the plans of God. The friend, the brother, the companion, this man who was always with us”, said his friend ‘La Veneno Torres’.

People from the screen were in this space, but especially friends of Miguel such as Mariela Viteri, Jasú Montero, Dayanara Peralta and her husband Jhonatan Estrada who recalled anecdotes with Miguel remembering him with great affection and mourning his loss.

His relatives say goodbye to him in the recovery room of the Charity Board in central Guayaquil, as reported by journalist Dieter Hoffmann of Fuull Farándula.