‘It was a foul. They didn’t call him. Discussed no-call derails annoying TCU offer 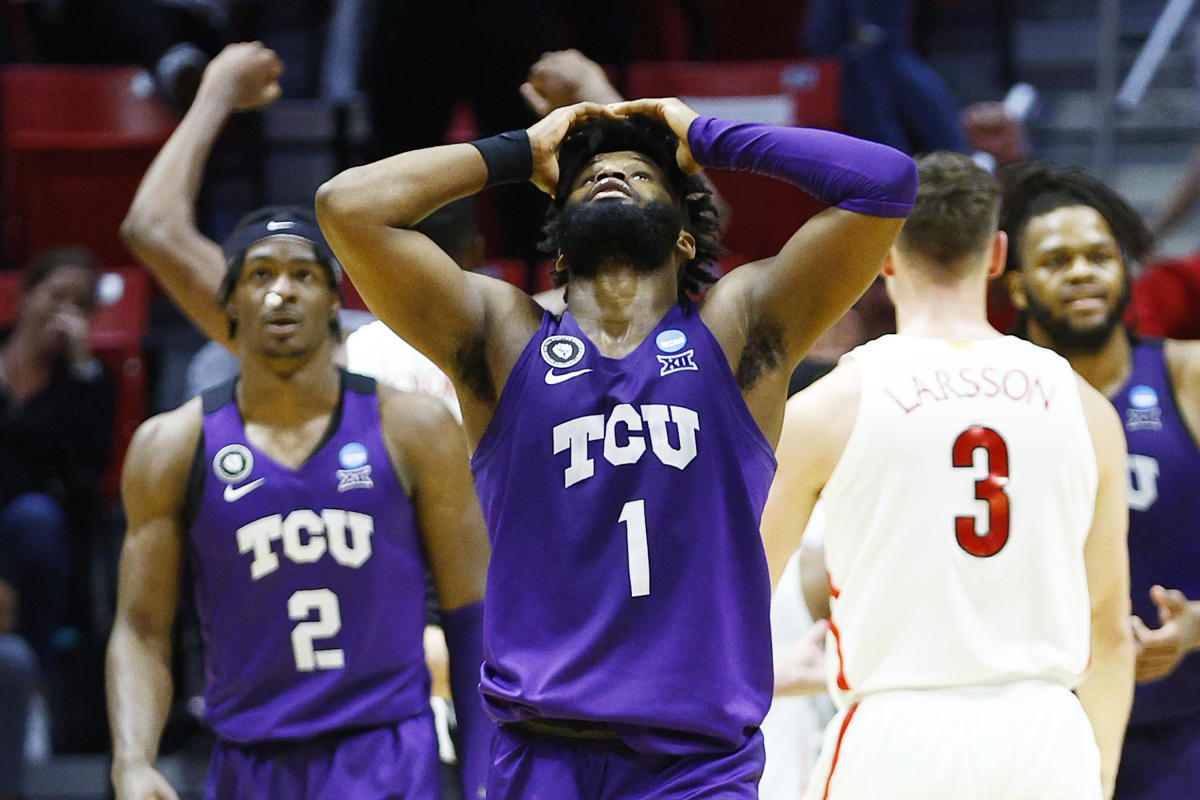 After his show came devastatingly close to its first Sweet 16 in 54 years, TCU men’s basketball coach Jamie Dixon did his best not to blame the referees for the loss.

Not once did he complain about the questionable no-call that robbed his team of a chance to potentially finish off top-seeded Arizona at the free throw line.

“I mean, I think everyone has seen it and is talking about it,” Dixon said when asked by reporters if he thought a foul should have been called. “We’re going to handle it the right way. That’s what we discussed… We’ll stop, we’ve got the best officials in the country working on these games.”

Perhaps Dixon saw no reason to criticize the referees because what happened was so clear. A national television audience clearly saw the referees swallow their whistles rather than make what would have been a season-changing decision for both teams.

The play in question happened in the closing seconds of regulation during TCU’s thrilling 85-80 overtime loss to Arizona in the Southern Regional. After Bennedict Mathurin’s key 3-pointer saved Arizona’s season and tied the score at 75, the Horned Frogs had 13 seconds left to try to score the go-ahead basket.

Dixon returned to the high pick-and-roll that TCU pounded Arizona with all night, but this time the Wildcats defended him differently. Dalen Terry and Christian Koloko bombarded the ball screen, their double teaming forcing TCU point guard Mike Miles to frantically dribble down the sideline and then reverse course to break free.

“I had a good idea that they were going to put the ball in Miles’ hands,” Arizona coach Tommy Lloyd said. “We had a nimble, mobile group. What the heck, 10 seconds left in the game, let’s trap him and see what happens.”

In an effort to force Miles into committing a foul in the backcourt, Terry appeared to collide with the TCU guard while stomping his feet along the midcourt strip. Miles fell to the ground and lost control of the ball, but the whistle did not blow.

When asked about the play after the game, Miles at first tried to take Dixon’s approach. In the end, he couldn’t help it and admitted matter-of-factly, “It was a foul. They didn’t point it out.”

The no-call nearly allowed Arizona to win the game in regulation. Terry picked up the fumble, dribbled and threw a two-handed dunk, but the ball left his fingers a fraction of a second after the game clock hit three and the red light behind the backboard came on.

“That would have been a great way to end it,” Lloyd said. “But you know what, there was nothing wrong with going into overtime.”

In overtime, Arizona did just enough to survive. Mathurin hit a go-ahead layup with less than three minutes left. Koloko then sealed the win with a sky-high dunk to extend the Wildcats’ lead to five with 11 seconds remaining.

While TCU will look back on the frustrating lack of attention and a couple of botched defensive assignments with regrets, the truth is Dixon is right that the Horned Frogs have plenty to be proud of. This is a program that has come a long way since going 2-16 in the Big 12 the year before Dixon took over.

On Friday, TCU won an NCAA tournament game for the first time since 1987, defeating Seton Hall by 27 points. On Sunday, the Horned Frogs rallied from down nine with seven minutes left, outscoring Arizona on every 50-50 ball and every offensive rebound.

“I told you they won millions of fans tonight,” Dixon said. “And the challenge now is to manage it the right way after this loss.”

- Advertisement -
Share
Facebook
Twitter
Pinterest
WhatsApp
Previous articleHamilton happy with an unexpected third place
Next articleThe First Minutes Are Crucial: Disaster Guards Explain How You Can Protect Yourself In The Event Of A Nuclear Blast