It may be more than a predicament for Biden 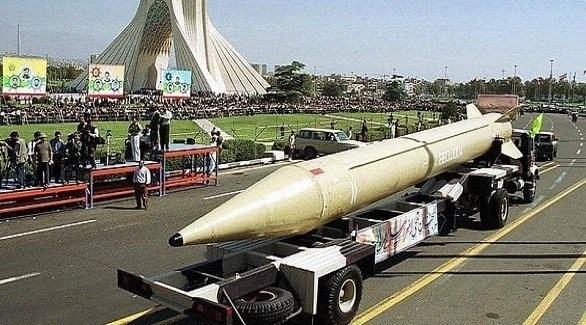 The atmosphere of mist and ambiguity is growing at such a sensitive moment that the Vienna talks have reached due to the insistence of those involved in the regime of the Islamic Republic of Iran in their condition to remove the Revolutionary Guard from the list of terrorist organizations . to get to the nuclear deal, especially after the tug-of-war between the Americans and the Iranians, which the Iranians don’t seem to want. Announce to them any official commitment to reduce their activities in the region, as Iranian leaders have led. by Khamenei, have declared more than once, especially during recent periods, their categorical refusal to compromise their role and activities in the countries of the region and considered that this compromises their security.

The Biden administration, to the extent that it seeks to demonstrate that it is in the position of those who hold the stick to its core, especially when it takes the initiative from time to time to issue statements about its rejection of Iranian interference and its determination to put a end to that, but what comes from news and information from the scene does not inspire confidence in this administration, especially since the bitter experience of the countries of the region with the Obama administration, and the nuclear agreement that freed Tehran in the region, and that the signs are mostly that the Biden administration seems to be tending to follow the same path as the Obama administration, and in this regard appears the statement by Ahmed Aboul Gheit, Secretary General of the League of Arab States, in a meeting of the United States. The United Nations Security Council, on March 23, said: “Iranian interference has been going on without interruption for more than a decade, and the Arab countries have many concerns about Iranian policy in the region, especially if they come to an agreement with 5+1. group about your program. “The nuclear deal, which poses a threat to security and peace in the region and the world,” as if directed at the Biden administration, amid talk of possibly delisting the Revolutionary Guards. of terrorism as an Iranian condition for reaching an agreement.

The statements and postures of rejection and skepticism of the style, approach and method followed by the Biden administration in dealing with Tehran in the Vienna talks, all seem in line and general context as an integrated symphony that reflects an American position that tends to a quantity exaggerated. of softness and indulgence towards Tehran, which confirms that the public guarantees of this administration are for the countries The region appears as bubbles that burst under the impact of what is being revealed, which reflects the true face of the US position.

The perception that the Iranian regime will take the initiative to remove its Revolutionary Guards from the terrorism list by reducing and defining its role and activities in the region, especially as Tehran loudly confirms that it refuses to de-escalate in exchange for remove the guard. from the terrorism list, despite the fact that there are many American voices on the rise that reject the removal of the Revolutionary Guard, especially from the administration The former American, who came to the point of considering this as a surrender to terrorism, but the situation is advancing a context towards its formalization, especially after voices are raised from Democratic and Republican representatives alike about the ambiguous and ambiguous method used to conclude the nuclear agreement with Tehran, and in any case it seems that there is on the path followed to reaching a nuclear deal with Tehran, which can be described as more than a predicament for Biden.