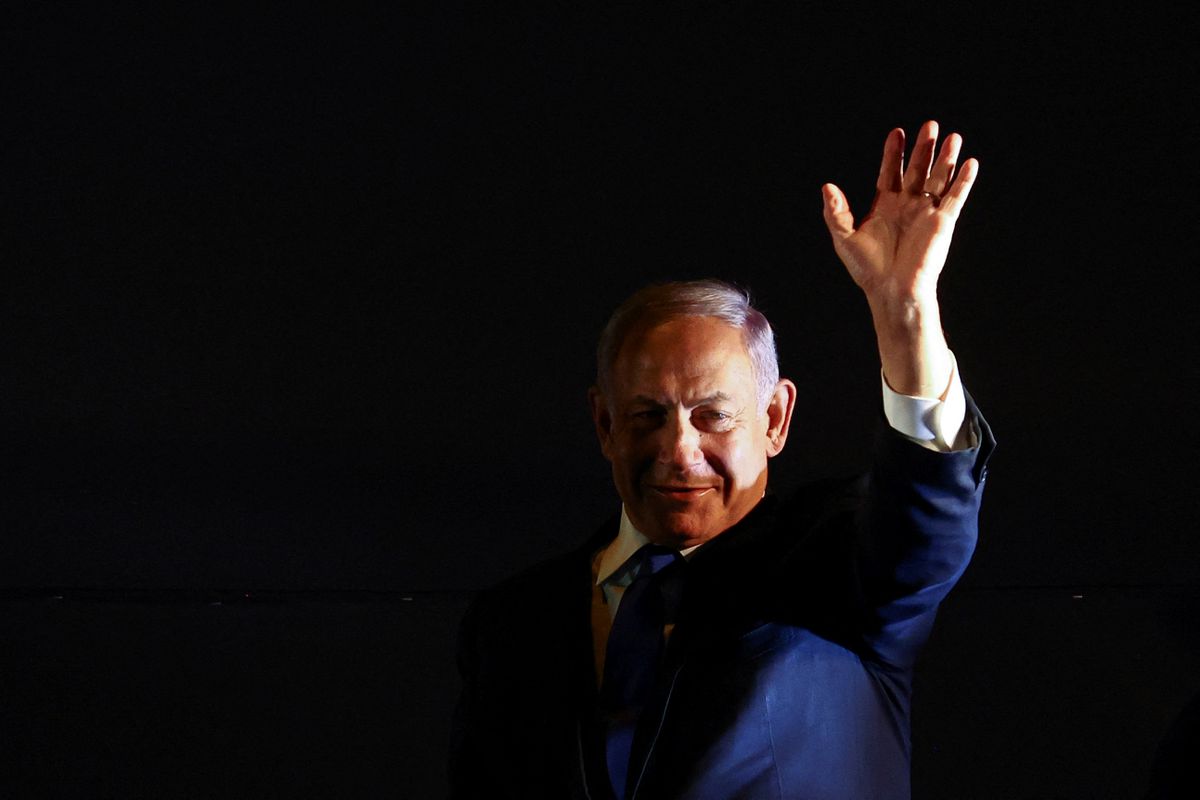 The climate of apparent moderation that has dominated political life in Israel over the past year has turned to an atmosphere of tension as the parties are forced to call the fifth general election in three years. Prime Minister Naftali Bennett and Foreign Minister Yair Lapid, a strongman in the broad coalition government, agreed on Monday to press ahead with the dissolution of the Knesset (parliament) and to bring parliamentary elections forward to the autumn. The heterogeneous coalition of eight political forces supporting the executive Tuesday accelerated the move for the first of the four plenary votes that must end the legislature to take place this Wednesday. The aim is to prevent the immediate return to power of former conservative Benjamin Netanyahu if he manages to first set up an alternative majority (with 61 of the 120 MPs in the chamber) to force a motion of no confidence.

Bennett has thrown in the towel after three of his party’s seven MPs (Yamina, ultra-nationalist) left him and two Arab MPs broke voting discipline. In accordance with the terms of the coalition agreements signed a year ago, he is about to hand over the position to Lapid, the leader of the second formation with the most votes in the Knesset – Yesh Atid (There is a Future, in Hebrew) – after Netanyahu’s Likud . If the bill dissolving parliament, an assignment that Israel’s fundamental laws do not attribute to the head of government, overcomes two votes in committee and four in plenary, the legislature that emerged from the 2021 election will be complete. The next general election is automatically scheduled to be held in four months, probably on October 25, after the celebrations following the Jewish New Year.

Two leaders of the outgoing coalition have also proposed urgent legislation banning the running of a prosecuted candidate like Netanyahu, who has been on trial for corruption for two years. These are two conservative leaders who, like Bennett, were politically trained within the ranks of Netanyahu’s Likud party but ended up challenging his authoritarian hyper-leadership. Avigdor Lieberman, current finance minister, and Gideon Saar, now justice minister, pushed ahead with legal reform to ban the accused from campaigning. Both announced this Tuesday that they will not align themselves with Netanyahu’s religious right-wing bloc, who was head of government between 1996 and 1999 and later for 12 consecutive years (1999-2021). “We will not bring back Bibi (Netanyahu’s family nickname) nor will we succumb to his temptations of power,” Saar warned a radio station quoted by Reuters.

The polls are leading the Likud, with an expectation of more than 30 MPs in the fragmented Knesset, and Netanyahu, along with his allies from two ultra-Orthodox Jewish parties and the far right, could be nearing 60 seats, but without exceeding the Knesset bar in absolute terms largest. The Arab parties, which represent 20% of Israel’s 9.5 million people, already expected not to support him after Likud’s association with anti-Arab and racist parliamentarians like extremist Itamar Ben Gvir.

“The first surveys of voting intentions after the fall of the Bennet-Lapid government give a sense of continuity in the connection between the two dominant political blocs in Israel,” says election analyst Daniel Kupervaser, who believes these first predictions are premature and have not yet taken into account two important aspects left behind by the so-called government of change, which could become catalysts for change. “First, the fact that a coalition of parties with very contradictory political platforms has managed to put the general interest of the citizens ahead of the personal interests of the leader, as has happened in the Netanyahu governments. Second, breaking the taboo about the Integration for the first time in the history of an Israeli Arab party in the coalition government,” Kupervaser argues. “The Bennett-Lapid government did not fundamentally differ in terms of policy from Netanyahu’s, but it was run in a much more democratic, less authoritarian manner,” he adds.

The betrayal of the pact with the Arabs

The only coalition in Israel that had an Arab party among its partners is history. Labor Party member Isaac Rabin three decades ago enlisted the support of representatives of the country’s largest minority to implement the Oslo Accords with the Palestinians without them becoming part of the government pact. The conflict with the Palestinians is now the main reason behind the fall of the coalition that removed Netanyahu from power 12 months ago. The small conservative Islamist Raam party, led by Mansur Abbas, backed the government of change, but the clashes between protesters and police that rocked Jerusalem’s Old City last spring prompted him to freeze his support for Bennett and Lapid’s cabinet .

“The next election campaign revolves around two axes. In the first, the Likud (the outgoing government) will accuse it of committing the unforgivable sin of treason by admitting an Arab party into the coalition,” predicted renowned columnist Nahum Barnea on Tuesday in the pages of Yediot Ahronoth. It must be remembered that a year ago Netanyahu did not hesitate to negotiate a possible coalition with Mansur Abbas to ensure continuity in power. As the second axis, the Likud leader is once again at the center of the election debate in Israel, between two camps polarized by a dilemma: Bibi yes or no. Or, as is more common: just Bibi, or anyone but Bibi.

Adding to tensions with the Palestinians over the occupation of Gaza and the West Bank, the nationalist right opposes Bennett and Lapid’s political alliance with the Islamist Raam Party. Netanyahu’s supporters have blamed the disruption of coexistence between the Jewish majority and the Arab minority as the cause of the wave of attacks that hit several cities in the country in March and April, in which several of the attackers were Arabs with Israeli nationality. Intercommunal violence erupted around the country Gaza war in 2021. “The coalition could not survive its agony,” says political scientist Nadav Eyal. “It was formed on the premise of parties with very different viewpoints on relations with the Palestinians,” the columnist points out, “but the wave of terror has thrown the government into a catatonic state.”