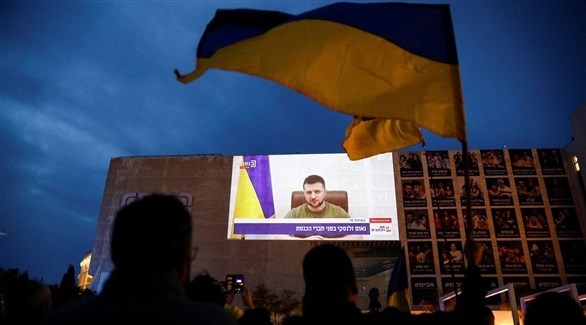 The cyber unit of the Israeli Knesset (parliament) and the National Cyber ​​Directorate have thwarted a series of cyber attacks aimed at intercepting the live broadcast of Ukrainian President Volodymyr Zelensky’s speech in the Knesset tonight, Sunday.

This was stated by a Knesset spokesman, according to the Israeli newspaper, “The Jerusalem Post”.

Israeli officials and Israeli government websites have recently been the target of numerous Iran-related cyberattacks and hacking of phones and personal computers.

In his speech, Zelensky compared Russia to Nazi Germany, in a video message to the Knesset, accusing the Kremlin of pushing a plan to eliminate Ukraine.

This, he said, means that Ukraine is in a precarious position similar to that of the Jewish state in the Middle East.

Senior Israeli sources said Tel Aviv’s policy regarding Russia’s invasion of Ukraine will not change, following a speech by the latter’s president, Volodymyr Zelensky, before members of the Israeli Knesset (parliament) tonight. , Sunday.

The “Times of Israel” newspaper quoted anonymous sources as saying that Israel will continue its diplomatic efforts to mediate between Ukraine and Russia because doing so serves Israel’s interests, regardless of the outcome. The sources added that Zelensky’s speech was intended to “turn the Israeli ship” in the direction of kyiv, but failed.

On the second of this month, Israeli Prime Minister Naftali Bennett held talks with Putin and Zelensky on the Russian invasion of Ukraine.

Israel has yet to comment on media reports that Zelensky called on the Israeli government to host Russian-Ukrainian negotiations in Israel.