Israel failed to commit to increasing permits for Gaza workers 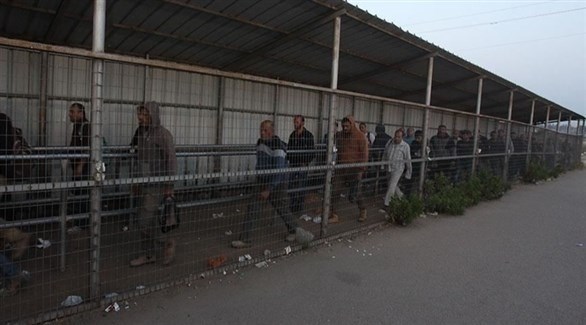 A Palestinian union announced on Sunday that Israel remains unaware of agreements reached with Palestinian factions, brokered by Egypt, on increasing the number of permits for workers in the Gaza Strip.

The head of the General Federation of Palestinian Trade Unions in Gaza, Sami Al-Amsi, said in a statement that “there is no real violation in the work permit file due to the continued delay of the occupation.”

Al-Amsi added that “the mediators are putting pressure on the occupation to implement the agreed agreements soon,” without specifying the identity of these mediators.

He noted that understandings have been made since the beginning of 2022 that there will be permits for up to 30,000,” explaining that 70,000 workers have registered for permits, which the Ministry of Labor in Gaza has filtered based on previously announced criteria. .

Al-Amsi claimed that Israel is responsible for the delay, saying “this is not a strange thing for him as we are used to it and we are still waiting for his approval to issue the first batch of permits.”

The union official stressed that the move to send 30,000 workers to work from Gaza to Israel can reduce about 10% of the unemployment rate among them, and will be of great benefit to support the crippled economy of the Gaza Strip and get these families. of poverty

Israel has severely curtailed the entry of workers into the Gaza Strip since 2003 and tightened the measures entirely after imposing a siege on the Strip after Hamas took control of the situation in mid-2007.

Palestinian sources estimate the number of Gaza residents who currently have entry permits to Israel at around seven to ten thousand people, including a small percentage of those who work as merchants, while the majority were classified as workers in the employment category. with Israeli carriers.

The increase in the number of entry permits to Israel is part of the economic ease at a time when official statistics show that the Gaza Strip suffers from an unemployment rate of over 45%.

- Advertisement -
Share
Facebook
Twitter
Pinterest
WhatsApp
Previous articleWirecard boss Braun is said to have invited special auditors to go on vacation. – Economy
Next articleIran missiles in Erbil .. “declaration of war” and Iraq is threatened with sanctions