Israel and Morocco sign a memorandum of understanding for military cooperation 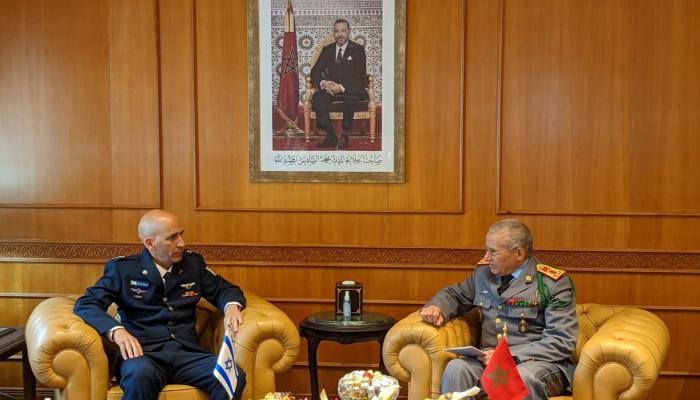 On Friday, Israel announced the signing of a memorandum of understanding with Morocco for military cooperation and the agreement to convene a joint military committee to sign an action plan.

In a statement received by Al-Ain News, a copy of it, Israeli army spokesman Avichai Adraei said: “The Head of the Strategic Authority and the Third Department, Major General Tal Kalman, Commander of the Foreign Relations Brigade Foreign Affairs, Brigadier General Avi Davrin, and the Commander of the Activation Brigade in the Intelligence Authority, Brig. Work visit to Morocco.

The statement adds that “during the visit that took place in the city of Rabat (the Moroccan capital), the leaders met with General Dukour Darmy Belkheir Al-Farouq, Inspector General of the Royal Moroccan Armed Forces, and the commanders of the General Staff. , including the heads of intelligence and operations authorities”.

During the meetings, the Moroccan army chiefs reviewed the structure of the Kingdom’s security forces and the challenges they face, and discussed the historical and cultural ties between the two countries and the common interests in the Middle East, where they expressed their desire to develop military cooperation.

According to the same statement, “Major General Tal Kalman reviewed the army’s structure and regional and international challenges, as well as areas in which the Israeli army gained significant military experience, while discussing opportunities for military cooperation in training and rehabilitation areas, in addition to the operational and intelligence fields.”

Adraee said that “a memorandum of understanding for military cooperation was signed and the two sides agreed to convene a joint military committee to sign a joint action plan.”

He noted that, at the same meeting, “opportunities to participate in joint international exercises” were also discussed.