Islamic State claims to have killed two people in Israel, second attack in a week 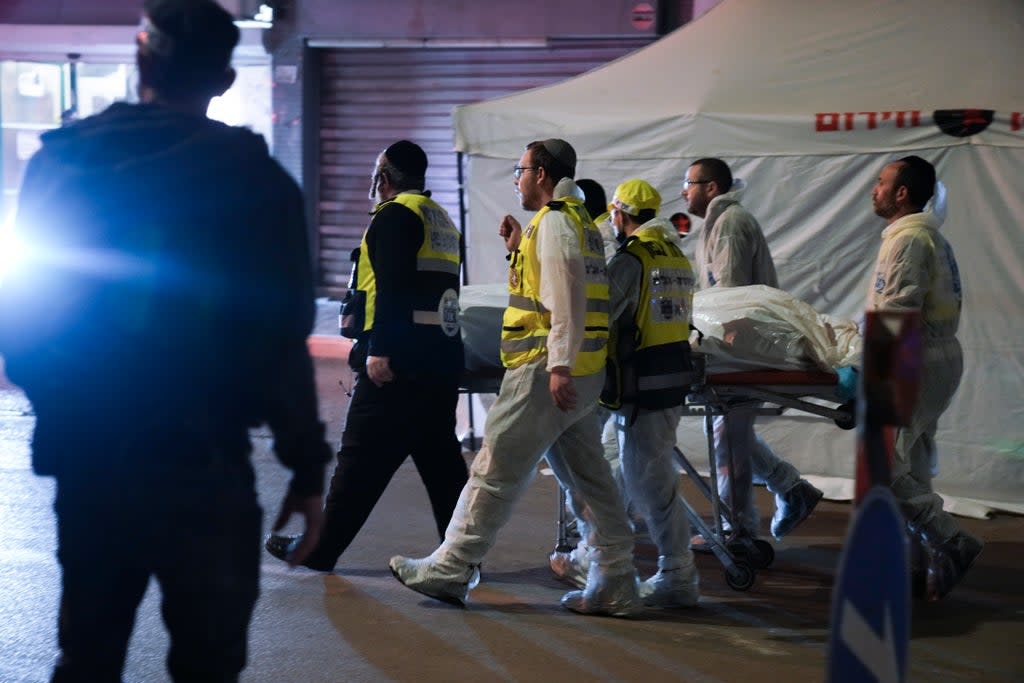 The Islamic State militant group claimed responsibility on Monday after a pair of armed Arabs killed two people and wounded four in central Israel before they were shot dead by police.

It was the second deadly attack carried out by Arab assailants in an Israeli city in less than a week before the Muslim holy month of Ramadan. On Tuesday, a lone attacker inspired by the Islamic State group killed four people in a stabbing attack in southern Israel before he was killed by bystanders, police said.

The strikes threatened to overshadow a meeting of foreign ministers in the Negev desert, where the Iranian nuclear deal was expected to top the agenda. Prime Minister Naftali Bennett rushed to the scene of the shooting on Sunday night.

The Islamic State group in a post on its Aamaq news agency claims responsibility for the attack and says that two IS members killed two Israeli security forces.

“Heart is broken” over the attacks, Bennett said Monday. The Israeli prime minister issued the statement from his home, after testing positive for the coronavirus. He urged people to be alert. Police were expected to set up checkpoints on major highways on Tuesday.

Ramadan is expected to start on Saturday. Last year, clashes between Israeli police and Muslim protesters during the holy month escalated into an 11-day war between Israel and the Hamas rulers in Gaza.

Condemnation for the attacks came from governments around the world.

“Such senseless acts of violence and killing have no place in society,” tweeted US Secretary of State Antony Blinken, who attended the meeting in the Negev with foreign ministers from four Arab countries and Minister of Foreign Affairs of Israel, Yair Lapid.

Hamas, the Islamic militant group that rules Gaza, hailed the attack as a “heroic operation.”

Security camera footage circulating in the Israeli media showed two bearded men appearing to open fire in the town of Hadera before they were shot. An Israeli official said two members of the Israeli Border Police’s anti-terror unit were at a restaurant near the attack, ran out and killed the attackers.

The Israeli rescue service MADA confirmed the death of a man and a woman, and said that four people were injured, two seriously. He posted videos showing a large number of police cars and ambulances in the area.

The Islamic State operates primarily in Iraq and Syria, where it recently stepped up attacks against security forces carried out through sleeper cells, despite its territorial defeat more than three years ago. The extremist group has also claimed attacks against Israeli troops in the past and has branches in Afghanistan and in Asia and beyond.