Is this the golden age of university entrepreneurship? 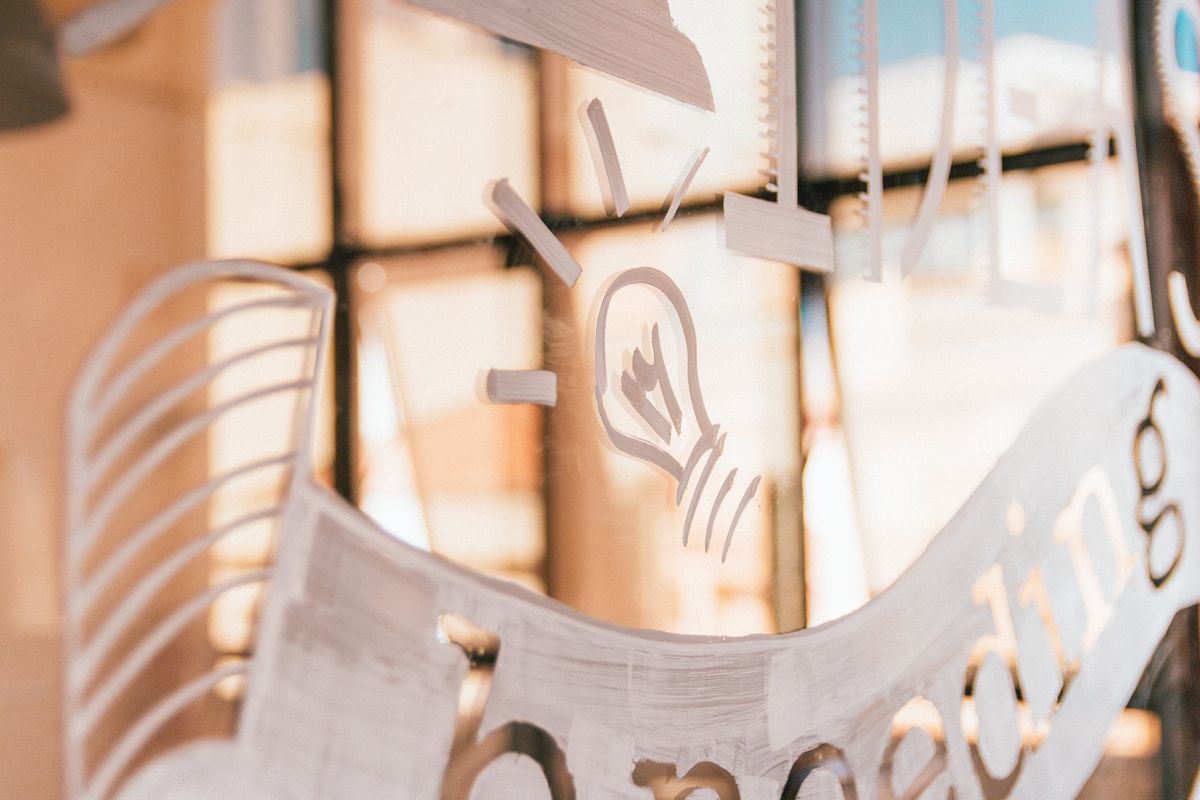 There are three missions of the university: education, research and the dissemination and transfer of knowledge. And in the fulfillment of the last two lies precisely the argument that best explains the considerable growth of university entrepreneurship over the last decade, thanks both to the support of the educational institutions themselves (in training, advice and mentoring) and thanks to the development of entrepreneurial ecosystems . Many of the spin-offs (Business initiatives) promoted by members of the university community originate in the results of their research activities, are strongly supported by new technologies and deal with the development of new processes, products and services. “It is important that some of this R&D is protected by intellectual property protection and made known to companies so that these results can be licensed and exploited,” explains Íñigo Artundo, CEO of VLC photonicsa spin off from the Polytechnic University of Valencia.

A transfer of knowledge that, in the case of university entrepreneurship, often has the goal of societal transformation, which also involves improving the economic and productive fabric of the local environment: “Entrepreneurship is an ideal framework to try to improve our world, our Societies, our economy or our environment,” says David Alonso, Director of Compluemprende. “If you dare to change the world, dare, because it will also give you the tools and methods to do so. It won’t just stick to a learned or wise study.” A perspective shared by José Manuel Pingarrón, now Secretary General of Universities and previously Entrepreneur and Vice Rector for Knowledge Transfer and Entrepreneurship at the Complutense University of Madrid. That spin off They founded Inbea Biosensors, specializing in electrochemical biosensors used to measure certain quality parameters in food, such as: B. the amount of alcohol in drinks 0.0 or glucose and fructose in grapes, which indicated the ideal time for collection.

“The company did reasonably well for a while. But when the crisis hit in 2009, the problems started and after a certain moment it was no longer profitable and stopped operating,” says Pingarón. What went wrong? “There were many things that were not done well (…). And the thing is, you can be a good researcher but a bad businessman, and that’s why it’s important that you learn something about what that means. Today this kind of help is offered by bodies like Compluemprende, but almost 20 years ago there was hardly any support.” Entrepreneurship, he says, has finally permeated society and university activities, where teachers and students are already receiving advice and help to to turn their ideas into reality. The data support it: after the Guess report, 23% of Spanish university students plan to start a business within five years, a percentage slightly below the EU average (26%) and well below the US average (40%).

The various experts consulted for this report agreed to point out the good health of a university company that today offers numerous opportunities. “Thirty years ago nobody talked about entrepreneurship or starting tarnish, But more and more public universities are getting involved in the creation of entrepreneurship support services and the creation of tarnishing innovative and technology-based,” says María Esther Gómez, Vice-Rector for Students and Entrepreneurship at the Polytechnic University of Valencia (UPV). And Alonso adds: “Universities are recognized as an important part of entrepreneurship, both for students and research groups, and it is starting to work with open innovation systems.”

But what does that mean? “From the 1960s and 1970s and until recently, innovation has passed through several phases. Previously, this happened sequentially, because although it was already clear that it was necessary to work together within the world of innovation, each actor acted at a different level: first the university; second, an institution; and so. Now innovation is leading us to an idea of ​​an ecosystem where we all flow and are connected in some way,” says Alonso. A context built around two essential axes: the link between all actors (universities, public bodies, companies…) and the prevalence of collaboration over the idea of ​​competition.

laboratory countrya spin off of the research group and weblab of the University of Deusto, is one of the many companies that were founded under the umbrella of university entrepreneurship. Its goal is to improve scientific and technical education through access to remote laboratories (mainly robotics, physics, chemistry and electronics) via the Internet, thanks to collaborations with 27 universities in 14 countries, which in turn are available to any educational institution, who wants to subscribe: For example, Spanish students from a rural area in deserted Spain can access devices at the University of Washington in the US and use more resources than their educational center could otherwise afford. VLC Photonics, born from the heart of UPV, is dedicated to the design and development of photonic integrated circuits, which according to Artundo are “used as components in fiber optic communication devices; in other applications such as laser radar sensors in autonomous vehicles; Biosensors for health diagnostic applications; medical instruments or quantum applications of computers and cryptography”.

Comprehensive support for the entrepreneur

As Pingarron pointed out, investigation is not the same as undertaking. And that’s why the Entrepreneurship Support Services of the various colleges work daily to offer a comprehensive support that includes many facets, from training and mentoring to advice that will help them to overcome the difficulties of the first years of existence: “The resources, The resources available to us to support entrepreneurship are limited and often we cannot support them in aspects such as financing and investments, but we can help them on this difficult path that they face in the first few years after launching the tarnish, where they need to validate the business model, consolidate a balanced, multidisciplinary work team with clearly defined roles, and most importantly, sell their product or service to find that competitive advantage or differential value,” says Gómez.

In any case, promotion involves much more and necessarily involves creating an environment that facilitates the identification and exploitation of already existing talent within the university. “For example, we carry out awareness-raising measures such as hackathons, We are giving workshops in the faculties and now in July we will be giving a training changer. But we also encourage the establishment of pre-incubators in the faculties, which serve as the first talent detection unit to give them initial training and allow them to form alliances themselves depending on the sector, and we can encourage interdisciplinarity,” says Alonso. And there are many reasons for this: “The Complutense is also the largest face-to-face university in all of Spain, measured by the number of students. It has 26 faculties and a head office and it is difficult for us to reach out to the students to raise awareness entrepreneurial skills“: Resilience, teamwork, creativity, ability to recognize opportunities, perseverance …

Another possible tool are the awards for the best entrepreneurial initiatives, as is happening in Complutense: next month of July they will publish a call for social entrepreneurship worth 200,000 euros, “where we intend to fund 10 projects , five with 15,000 euros (which must be incorporated within six months or return the money) and another five with 25,000 (for companies already incorporated or already incorporated), at more advanced stages,” explains Alonso. And exactly one of the projects funded by Compluemprende, home networkwas the recent winner of the Santander Xplorer prize: “The project consists in the creation of a control panel and a mobile application that will allow the automation of all the intelligent elements that we have in our homes, through the use of artificial intelligence and the big data. Our homes have increasingly intelligent systems for tasks such as turning on the lights or vacuuming; But the problem is that each system has its own application, settings and interface,” says Ricardo Cabrera, one of the founders.

Contrary to what it might seem, funding isn’t one of the big challenges for Alonso spin off University, due to the presence of numerous national and international agents who can help to realize these projects. But they face a number of challenges in the short, medium or long term, such as: B. the need for some mentality shift where they are more risk taking, and that includes the families of the entrepreneurs themselves, who often keep telling them, ‘Don’t get into this mess, because what you really need to do is , to become a civil servant and have a job for life,” recalls the director of Compluemprende. And on the other hand, “there are still few companies that are able to successfully internationalize, scale and grow,” says Artundo, for whom the greatest challenges lie in recognizing and retaining talent and in professionalizing the workforce .Administration.

Of the Rectors’ Conference (CRUE Spanish Universities) also remind us of the benefits that entrepreneurship brings to the territories where it occurs tarnish, with high social and economic returns. According to sources of this organization, the studies available confirm that for every euro invested in universities, they return four to society. Nevertheless, they recall that “a new regulatory framework is needed to remove barriers and encourage knowledge transfer; change the way R&D+I contracts are governed between universities and companies, and foster entrepreneurial talent among undergraduate and graduate students”. For his part, Alonso agrees, pointing to the need to simplify the procedures for setting up corporations or companies, a process that “can be completed in 24 hours in countries like the United States, but is much more complicated in Spain. “