Is there any justification for Putin’s war? 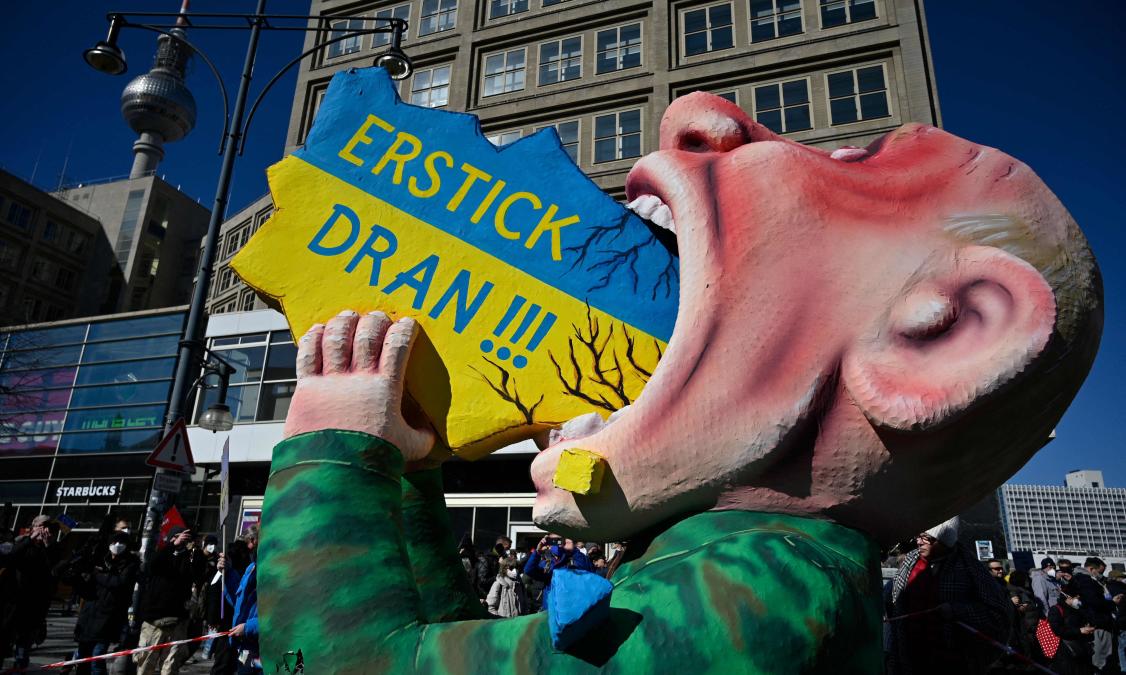 NATO invasion, genocide and drug-addled neo-Nazis: We assess whether any of Russia’s claims are valid

Nazis, genocide, NATO, history: Russia has no shortage of apparent justifications for its war in Ukraine.

But are any of them valid? Were Russian speakers in danger in the east of the country? Is NATO expansion a material threat to Moscow? Were there crazed neo-Nazi cliques in Ukraine?

We assess whether Russia’s claims justify the invasion of a sovereign country.

Claim: NATO has surrounded Russia, directly threatening Russian security, despite assurances that it would not.

Since 1991, NATO has absorbed 11 Eastern European countries and three former Soviet republics. Even before Vladimir Putin became president in 2000, Russia did not take a dim view of this. Some say that the last Soviet leader, Mikhail Gorbachev, was given assurances that NATO would not move an inch further east after German reunification in 1990. But this is hotly contested.

Russia’s logic here is shaped by history. “The Russian historical view is that every hundred years or so there is an invasion from the west,” said Tomas Ries, an associate professor at the Swedish national defense university.

“From a Russian military perspective, I can understand that they were worried when NATO was expanded,” he said, adding, however: “The problem with this argument is that no one in their wildest dreams can imagine the West attacking Russia.”

Then there is the position of the newly independent states that joined NATO. “This wasn’t NATO trying to expand, it was countries banging on the door saying let us in,” Ries said. “From our worldview, these are small countries that have good reason to fear Russia.”

Was Russia justified in worrying that Ukraine might join NATO? Not really, said Kristin Bakke, a professor of political science at UCL. “For a long time, support for NATO membership in Ukraine was around 30-40%,” she notes, adding that many more people simply wanted to remain neutral.

It was not until last year that polls showed that more than half of Ukrainians wanted NATO membership. And by the time 100,000 Russian soldiers were amassed on the border, that number had risen to close to 60%.

Claim: The West orchestrated the impeachment of a democratically elected Ukrainian president in 2014, deepening the crisis

It was Viktor Yanukovych’s surprising escape from office, after weeks of demonstrations in Kiev by pro-Western protesters in 2014, that accelerated the crisis in Ukraine.

Yanukovych favored closer ties with Russia. Protesters in the Maidan square in the center of Kiev wanted Ukraine to join the EU. Western powers naturally sympathized with the protesters, but there is no evidence that this move was anything other than an expression of discontent with an unpopular leader.

“I had friends on the Maidan,” said Gustav Gessel, a member of the Berlin-based European Council on Foreign Relations. “It was neither a set-up by Nazis nor made by the CIA. It started as a student protest.”

Claim: The Ukrainian side was responsible for the failure of the Minsk peace process

After Russia seized Crimea and supported a secessionist war in eastern Ukraine in 2014 following Yanukovych’s ouster, a sort of peace deal was struck in Minsk, under Franco-German mediation.

The agreement provided for a ceasefire, the withdrawal of heavy weapons and a constitutional reform granting some autonomy to the Donbas republics seeking secession.

But implementation was patchy, with violations on both sides. International monitors had a hard time gaining access to the breakaway republics. Valerie Morkevičius, an expert in conflict ethics at Colgate University, New York, said that Ukraine engaged in a decentralization process, but not to the extent that the Minsk Agreement intended. “Ukrainians say that would have privileged Donbas over the rest of Ukraine,” she said.

But he added that the Minsk agreement also provided for all foreign military forces to be withdrawn from the area. “Russia never did, but continued to deny that her forces were there.”

Claim: Donbas residents needed to be saved from ‘genocide’

“It smacks of genocide,” Putin said in 2015, referring to the unresolved conflict in the east. Until last month’s invasion, Putin insisted that Donbas residents needed a military intervention to prevent their annihilation.

There is no evidence of this. Some 14,000 people died on both sides during the 2014 war (in an area then numbering some 4 million people). But deaths were reduced to a trickle in the standoff that followed. And at all times, says Morkevičius, “there was no indication that Ukraine was targeting people for being Russian-speaking.”

“The Russians say that there was a genocide against the Russian population, and there is no evidence of that at all,” Ries added.

Claim: Russian language and cultural heritage were being erased from present-day Ukraine

It is a misunderstanding of Ukraine to imagine that it was divided in two with Russian speakers in the east and Ukrainian speakers in the west. In fact, most people speak both languages. And there are also a multitude of other languages ​​protected by law.

A new law introduced in 2019 requiring the use of Ukrainian in public life and secondary education was seen as anti-Russian in Moscow. It sets Ukrainian language quotas for a variety of cultural products and is not universally popular.

“It promotes the use of Ukrainian, but you can still use Russian when a citizen requests it,” Morkevičius said.

“Russian is now only available as the main language in primary school, so one could point to that and say it’s not entirely fair,” he added. “But in terms of a reason to go to war, it’s not a just cause and there’s no proportionality there.”

Claim: Ukraine is run by neo-Nazi drug addicts and needs to be denazified

The neo-Nazi concern almost certainly stems from the reputation of some of the volunteer brigades that fought separatists in the 2014 war, such as the Azov battalion, which had far-right affiliations. Since then, these have been incorporated into the Ukrainian national guard.

Putin’s theme of rampant fascists in Ukraine is almost certainly a ploy to revive glorious memories of the “great patriotic war.” “World War II is a very important part of Putin’s narrative,” Bakke said. “He uses victory to mobilize people. In Ukraine at the time, there were nationalist groups fighting for Ukraine’s independence against the Soviets. They came to be seen as aligned with the Nazis.”

As for drug addiction, although Ukraine has relatively high rates of opiate abuse, UN data shows that it is no worse than Russia.

Claim: When it comes to invading sovereign countries, the West cannot lecture Russia

Russian Foreign Minister Sergei Lavrov used words to this effect on the eve of the Ukraine war, striking down Western hypocrisy.

“It’s an awkward position for the West,” Ries said. “It is true that the United States and NATO have used force when they felt they needed to. Sometimes it was justified, like in the Balkans in 1995, but sometimes it was very doubtful like in Iraq. From the Russian perspective, I can see how they can make that argument.”

Of course, two wrongs don’t make one right. And while there are similarities between Iraq and Ukraine (invasion of sovereign territory, spurious justification, large-scale civilian deaths, no clear endgame plan), there are also differences.

“Volodymyr Zelenskiy is a democratically elected leader who has committed no human rights abuses,” Bakke said. “What is also different is President Putin’s declared rejection of Ukraine’s right to exist as a sovereign state.”