Is Russia headed for bankruptcy again? 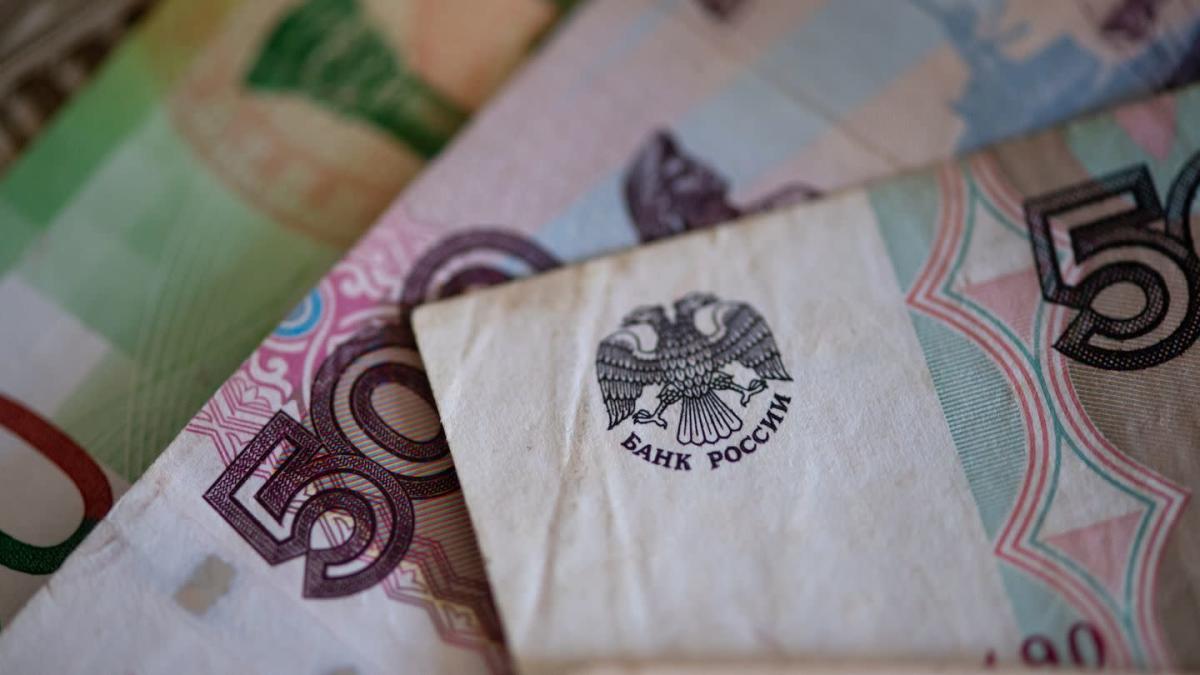 But what is supposed to increase the pressure on President Vladimir Putin and make the Kremlin relent by isolating the Russian economy has unpleasant side effects for investors. Experts see Russia’s debt service in grave danger. After 1998, there could be another state bankruptcy, even if many things are different this time. Despite full state coffers, Russia is threatened with insolvency.

The president of the DIW Institute in Berlin, Marcel Fratzscher, considers a bankruptcy of the national debt in Russia very likely in the coming months. Due to Western sanctions, there is a high risk that Russia will not pay its debts to international creditors, Fratzscher told the German Press Agency. Some German investors would also suffer a default. In addition, there could be distortions in the financial markets. The Russian central bank is already trying to cushion the economic impact of Western sanctions on the financial market with a series of measures. The central bank also imposed drastic restrictions on foreign exchange trading on Wednesday night.

According to the Bloomberg financial news service, Russia has $49 billion in government bonds outstanding in dollars and euros. More than $100 million in interest payments are due March 16. A $2 billion bond issue is due on April 4. “We see default as the most likely scenario,” US investment bank Morgan Stanley wrote to clients on Monday. “I would be surprised, absolutely shocked, if they bother to make their payments at the end of this month,” former hedge fund manager Jay Newman said in a recent interview with Bloomberg.

According to the most recent data from the Deutsche Bundesbank from November 2021, loans from German banks to Russia amounted to around €6 billion. Including the credits of its branches and subsidiaries abroad, it was around 7,500 million euros. According to the Bundesbank, this is just under 0.4 percent of the total foreign assets of German institutions. Russian public household securities, which also include government bonds, amounted to 119 million euros in German banks.

Solvency now in the “junk area”

Even the major rating agencies give investors little hope. Fitch, Moody’s and S&P now see Russia’s creditworthiness in the so-called junk zone, which is meant to indicate high-risk investments. Fitch warned on Tuesday of an imminent default. S&P cut its credit rating eight notches on Friday, just above the default category. At Moody’s, the rating fell to even lower junk levels due to “serious concerns about Russia’s willingness and ability to service its debt.” That brings back memories.

Flashback: August 17, 1998 marks the blackest day in the economic history of the new Russia. At that time, the government stopped servicing the internal debt due to tight budgets and released the devalued ruble. Financial markets crashed. Confidence in Russia was gone. After years of stability, the ruble lost 75 percent in just a few weeks. Russian banks could no longer meet their obligations. International financial organizations stopped providing support.

This time the situation differs in important respects. The starting position is completely different. At the time, Russia had a high national debt and low foreign exchange reserves. In addition, the ruble was still pegged to the dollar, so the central bank had to defend the exchange rate. In the wake of the Asian crisis and the drop in oil prices, this turned out to be useless. Today, Russia’s treasury is bulging, largely thanks to high oil and gas prices. But the sanctions have frozen much of Russia’s central bank reserves of around $640bn.

Credit supervisors S&P and Moody’s also emphasize that the main reasons for the increased risk of default are not the scarcity of money, but the consequences of sanctions. They also severely limit the central bank’s options. Even if Russia paid up, it would be uncertain whether overseas creditors would get their money. Another problem for international investors: credit default insurance may not apply to some bonds. Because Russia could pay off debts in rubles, but it should not transfer the money abroad.

Either way, a tricky situation is emerging. Expert Newman studied Russian bond prospects and came across some of the “craziest things I’ve ever seen.” Unlike standard government debt, most of the bonds did not contain a clause waiving the government’s immunity in case of default, leaving it unclear how and where the government could be taken to court. “There is absolutely no protection for creditors with all these bonds.”

Newman knows what he’s talking about. He worked for years for the hedge fund NML Capital, which specializes in cannibalizing bad loans and is part of US billionaire Paul Singer’s Elliott empire. Newman also played a major role in the 15-year legal dispute over the payment of Argentina’s bond debt from state bankruptcy of approximately $100 billion in late 2001. NML eventually collected the debt. With an army of lawyers, the hedge fund went after state property abroad and even seized a naval frigate in Ghana in 2012. But Newman wants nothing to do with the Putin papers: “I wouldn’t pay a dime for these bonds.” “.

Even if the bond payments were not made next week, this would not mean that Russia would default overnight. After the first default, a 30-day grace period usually begins, so the actual default would not occur until April. In addition, due to the exceptional situation caused by the sanctions, initially it could only be a technical or partial default, that is, not a state bankruptcy in the strict sense.