Irene Montero warns of the consequences of an informative treatment that feeds the “story of sexual terror”. 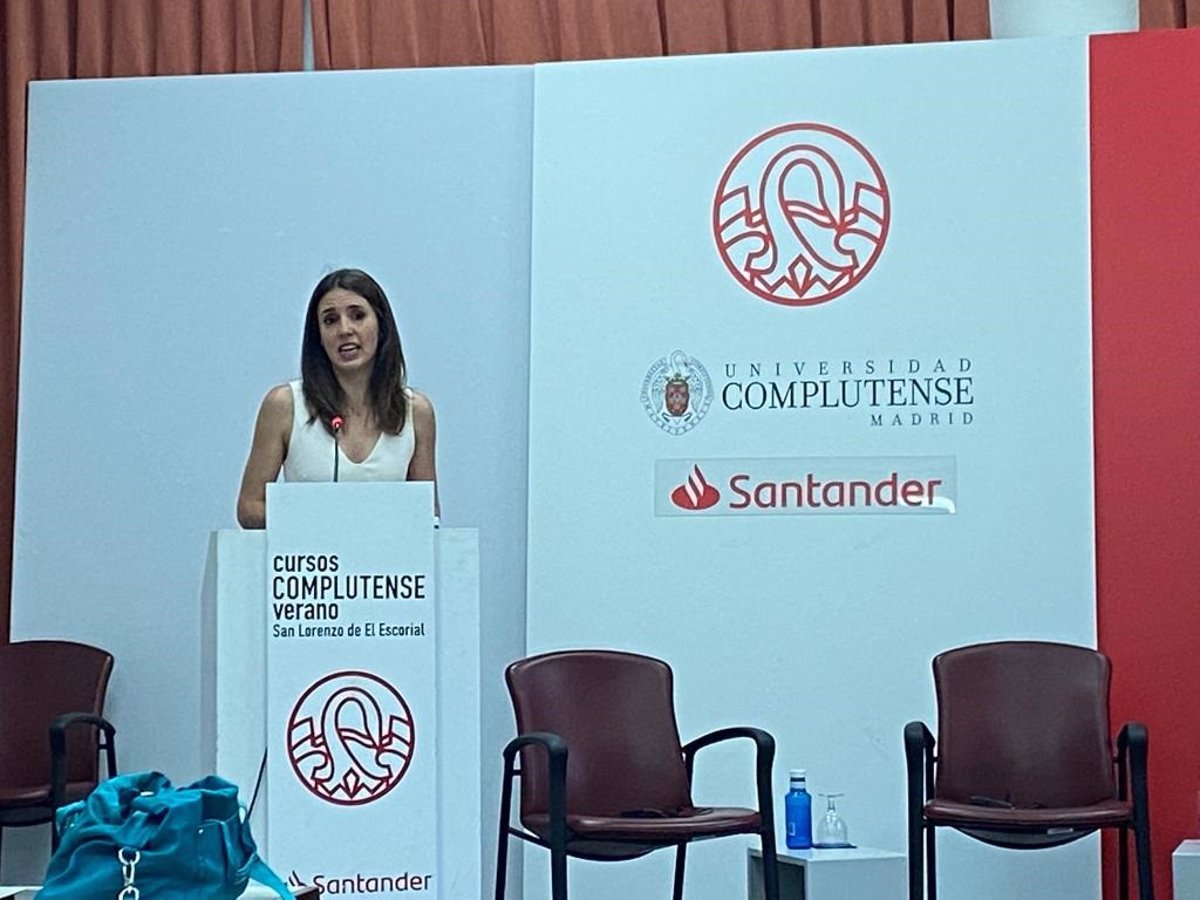 The Minister for Equality, Irene Montero, warned this Wednesday of the consequences of treating information that feeds the “history of sexual terror” and the “culture of rape”, underlining the “fundamental” role of the communication media in the social construction of violence against women.

“The media are not mere transmitters or passive spectators in this reality where sexist violence is a structural problem,” he asserted.

This is what the minister said at the inauguration of the course “Media and Prevention of Violence Against Women”, which takes place throughout July as part of the summer courses at the Complutense University in El Escorial.

In this sense, according to Montero, the media could act in a “positive sense”, that is, with a “good handling of violence” and a “respectful” treatment of the survivors and their families, or on the contrary, with a feeling “this story of sexual terror to perpetuate this culture of rape”.

Likewise, the minister has insisted that the media can at times become “a speaker” for this culture of rape and sexual terror. “From the best intentions of the media to inform or to denounce, they become the reproducers and deepeners of this discourse of violence,” he added.

For this reason, he has made a point of avoiding the dissemination of this story, which “has very deep roots” and which the Equality chairman has described as “a legitimizing discourse about a structure like patriarchy”.

For this reason, Irene Montero recalled the “price” that journalists pay in the editorial offices. “Often they have made very difficult decisions to produce feminist information that would allow them to combat this culture of fear mongering,” she added.

He also referred to various cases of violence against women, which, due to their media impact, represented a “key milestone in the mobilization of feminist struggle” in Spain. “There have been several cases that have led to major social upheavals and even institutional advances in the fight against sexist violence,” he explained.

Among other things, the minister mentioned the case of “La Manada” in Pamplona, ​​​​from which, as she recalled, “the movement “Sister, I believe you” in Spain was born” and the “Caso Alcàsser”. who, as she explained, had a media treatment that “made it understood that what had happened to the young women was not an isolated case” and that “the responsibility for it lay with the women”.