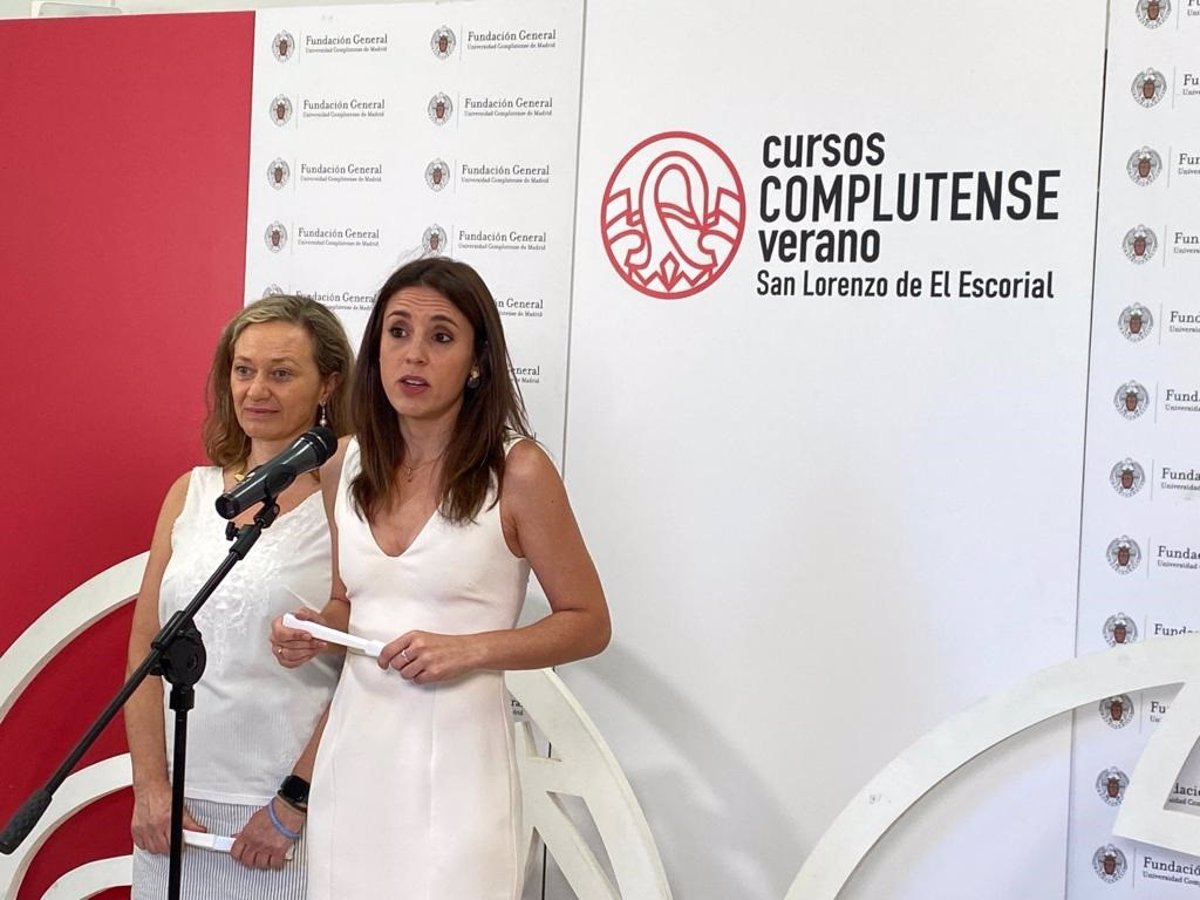 Equality Minister Irene Montero has assured that from the ministry “they are working” to ensure that the “Only Yes is Yes” law is passed as soon as possible and will come into force this summer after the Senate approved a junt yesterday Amendment with the support of the PP and other parliamentary groups, requiring the regulation to be sent back to Congress for final ratification.

Thus, Montero has stressed the urgency of the entry into force of the law, since, as he explained, it becomes “even more important” in the summer, where there is often a greater coexistence with the aggressors of sex victims, he said.

“Normally in the summer there are peaks in sexual violence. For this reason, more in this context, the approval of the law is urgent only when this is the case,” Montero condemned.

With that in mind, the equality leader has assured that they are working to “fix this error” and redirect the situation so that the law is “approved and effective now”. He also criticized that otherwise “this will become the PP’s contribution to a letter”.

Counsel for the House of Lords were already assessing yesterday whether the vote on the amendment was a mistake, as it only changes one letter of the text. However, they concluded that the change implies a change in the meaning of the changed principle, parliamentary sources told Europa Press, for which they concluded that it is necessary for Congress to ratify this change or not. This forces us to wait for a next parliament session, which is not expected to take place until next academic year from September.

The minister spoke about this in statements to the media before her speech at the course “Media and Prevention of Violence Against Women” that starts this Wednesday as part of the summer courses at the Complutense University in El Escorial.

“A RAW ELECTORALISM” OF PP

“This is the contribution and the level of the PP to stop with a letter a law that can allow the state to effectively protect and accompany women victims of sexual violence,” Montero disfigured.

He has also affirmed that he “honestly refuses to believe” that the PP is conducting an election campaign “so crude” with “so serious” consequences for victims of sexual violence in Spain, as Núñez Feijòo’s party is capable of to stop this law that “protects the victims”.

The Junts amendment, passed by the Senate, called for the targeted introduction of female genital mutilation, disclosure of forced abortions and sterilizations.

As parliamentary sources pointed out to Europa Press, this is not a change of letter, but a change of concept aimed at clarifying that the adjective forced includes both sterilizations and abortions, which would clarify that it Abortion is not about covert violence of any kind, but only when it is forced.

Previous articleA Mexican lady and a “Dutch Romanian”: That was the imperfect robbery at the Atrio restaurant
Next articleHeat in southern and western Europe: fires rage in northern Athens