Iraqis celebrate Nowruz to the rhythm of the Kurdish “dabkeh” 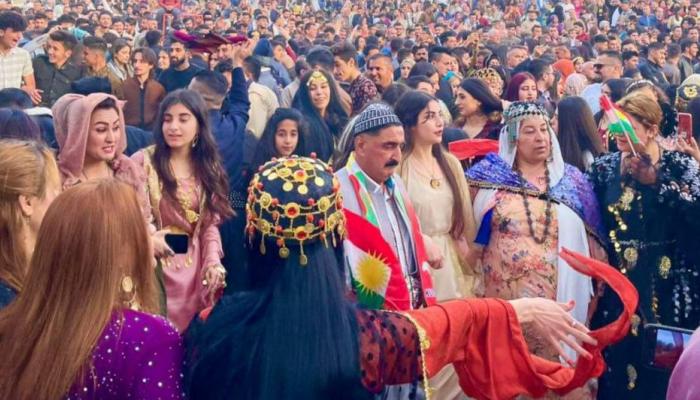 Jihad is camping with his family in the Qara Dagh area, on the outskirts of Sulaymaniyah governorate, coming from the capital Baghdad to celebrate Nowruz, which is witnessed by the Kurdistan region.

Despite the low temperatures and rain that the Kurdistan Region regions witnessed two days ago, this did not stop Jihad from enjoying the celebratory atmosphere of that occasion.

Jihad, 50, says: “Attending Nowruz rituals in northern Iraq has its wonderful privacy in light of the green lands, the nature of the wonderful atmosphere and the panoramic views that surround most of the regions of Kurdistan”.

And with the cold and wintry weather that has returned again, this is much easier than the preventive measures that accompanied Corona, after it deprived us for two years of celebration and joyful gathering in Nowruz, according to Jihad.

The man in his fifties has landed in Sulaymaniyah since last night, Tuesday, after taking part in the Nooroz torch lighting in “Kania Bidol” area in Dohuk Governorate.

Kurdistan cities and other spring-like areas are witnessing the influx of thousands of tourists from inside and outside Iraq to take part in Nowruz celebrations, which is one of the most important national occasions for Kurds.

The cities of Iraqi Kurdistan are tourist attractions for their charming nature as well as containing many summer resorts and resorts that always attract visitors and tourists. 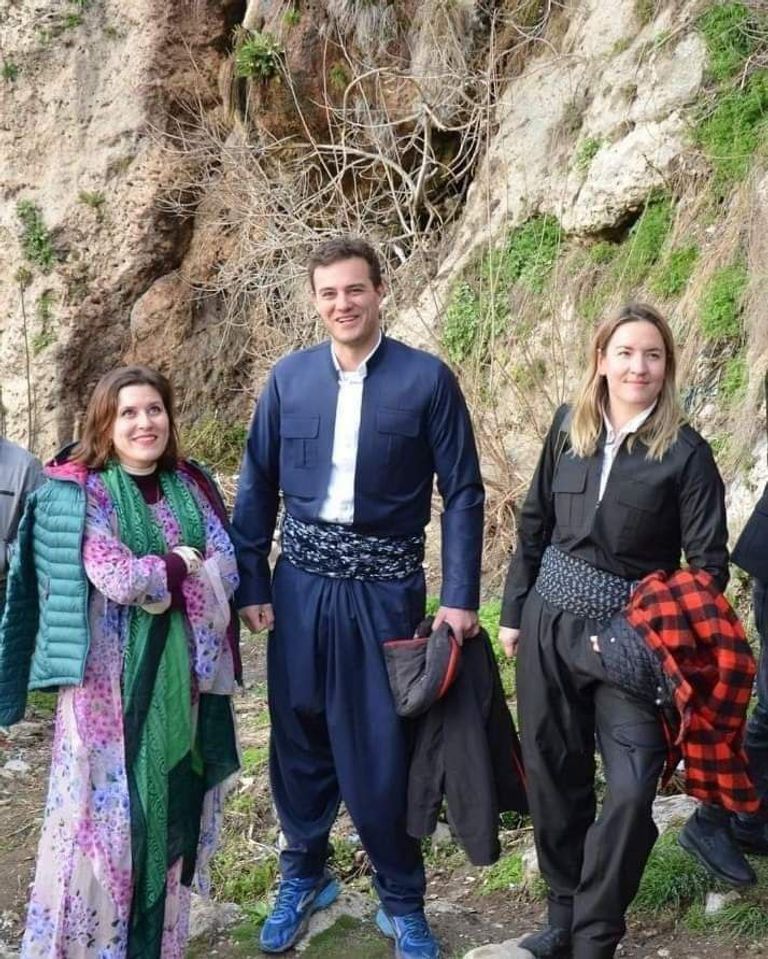 Local governments in the Kurdistan Region had earlier announced their readiness to receive new arrivals who intend to take part in the Nowruz celebrations.

With the start of the Nowruz celebrations on the 21st of this month, the cities of Kurdistan saw the influx of thousands of tourists, most of whom came from the southern and central regions of Iraq.

The Kurdistan Region Ministry of Municipalities and Tourism, in an official statement, confirmed that more than 100,000 people have visited tourist destinations in Erbil and Sulaymaniyah from the middle of this month until now. 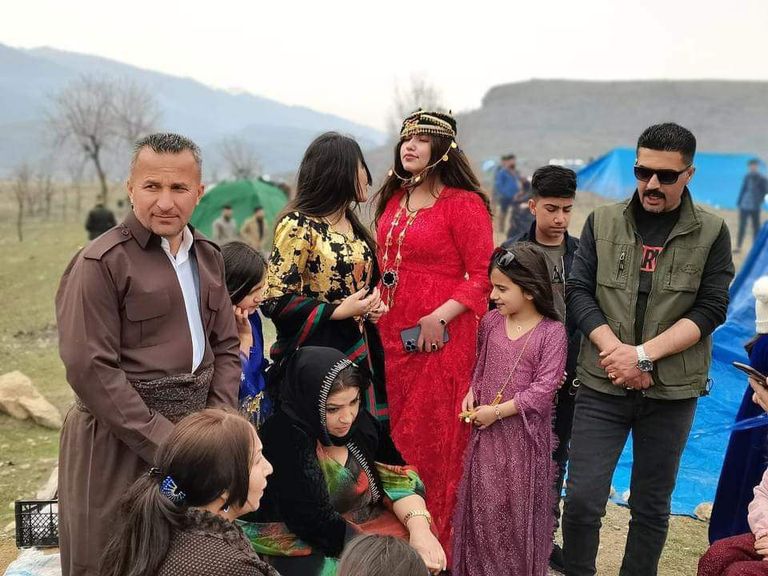 And in the capital of Nowruz, as it is called, where the city of Aqrah is one of the administrative districts of Dohuk Governorate, the crowds of revelers intensify and the celebrations emerge in a louder and more dynamic way, accompanied by music. kurdish and dances 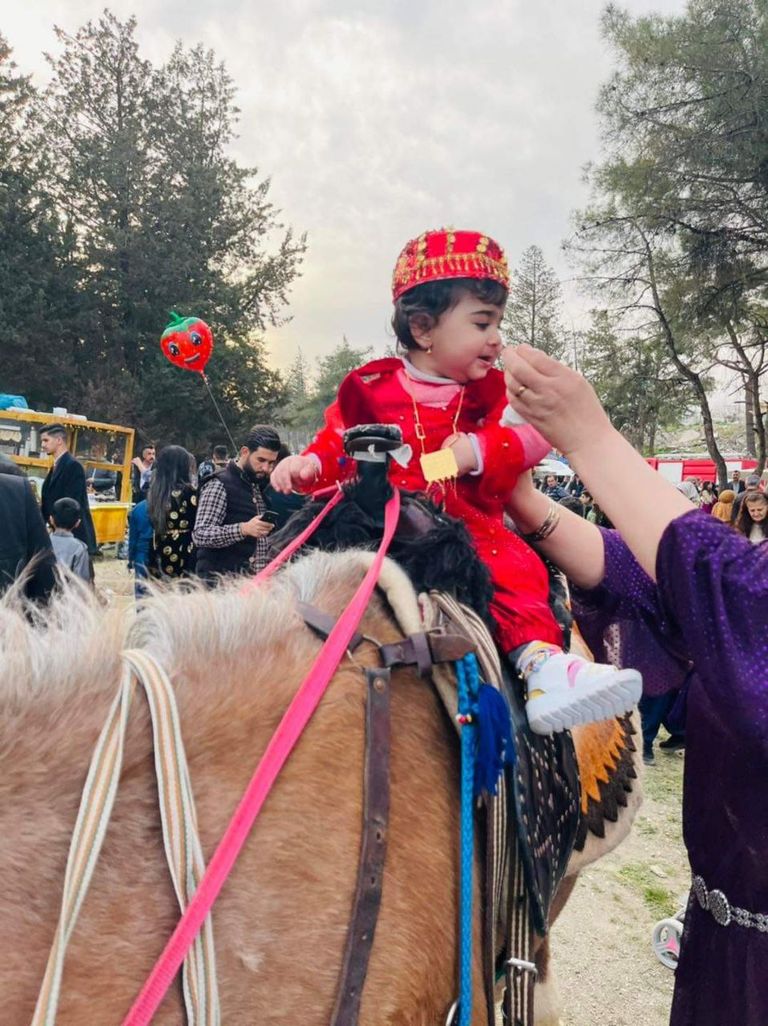 Nawzad Hulri, who came from Sulaymaniyah to the foothills of the Aqrah mountains with his family and several relatives, says that “he used to come to that place every year to celebrate the Nowruz festivities, even though his city witnesses a similar atmosphere.”

Holry adds to “Al-Ain News”, that “Aqrah and during those days live a carnival of privacy that distinguishes it from the rest of the other places, since it is the largest place for those who intend to celebrate that celebration, in addition to the fact that brings together the majority of the Iraqi people and from different sects. 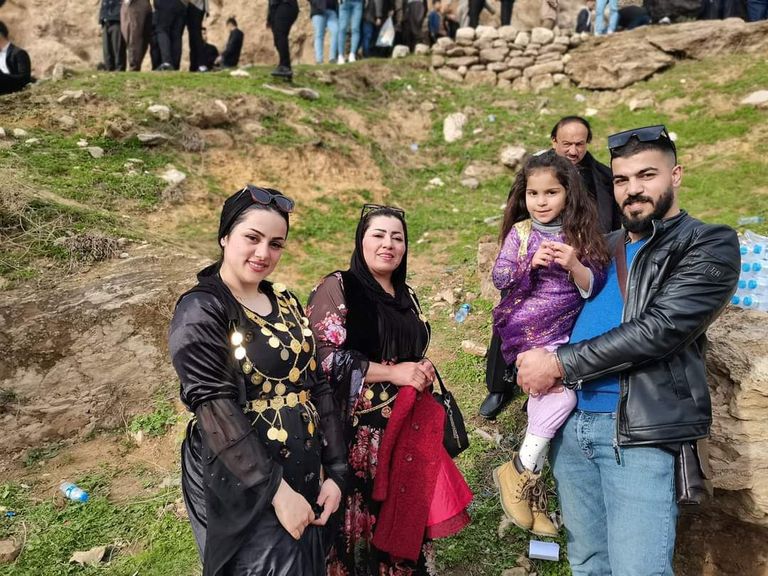 He added: “The Nowruz festivities represent an opportunity to unite ranks and consolidate the principle of coexistence and brotherhood among all nationalities and sects, as well as the historical value of that occasion and its importance for Kurds in all countries of the world.”

A few meters from the green courtyard where Holry and his family live, the young Christian, Bassam Farhad, spreads charcoal over an iron grill in preparation for placing loaves of minced meat in his incubator.

Farhad, who attended with his wife and four-year-old son from the city of Qaraqosh in Nineveh Governorate, says: “It is an important occasion during which we regain joy and pleasure, especially after our cities have been under the control of the terrorist organization and life has returned. 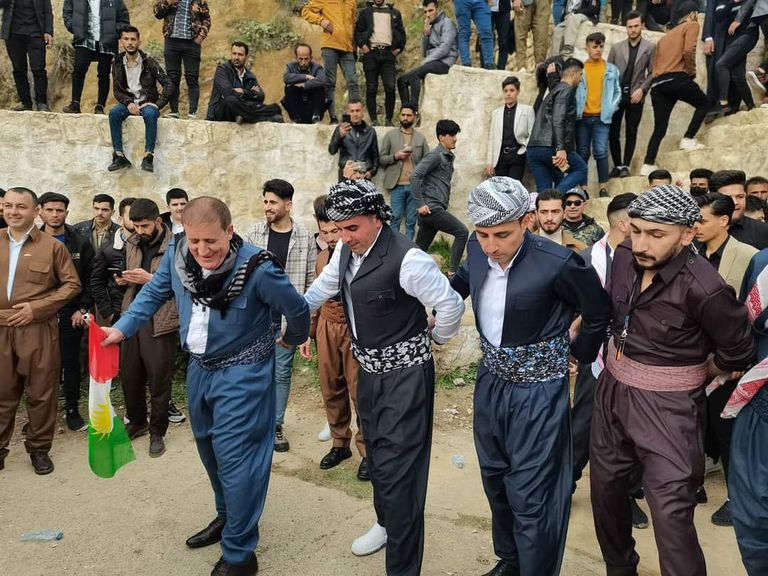 Farhad confirms, during an interview with “Al-Ain News”, that “Newroz is an occasion to be celebrated by all sects, and is not limited to one component without another”, adding that “Christ, Sabeans, Kurds and Arabs here everyone beats the drums of joy, and one of them surrounds the other to perform dances and songs”.

The Kurdistan Regional Government had announced the suspension of working hours in all official institutions for 5 days on the occasion of the Nowruz holidays, starting last Sunday. 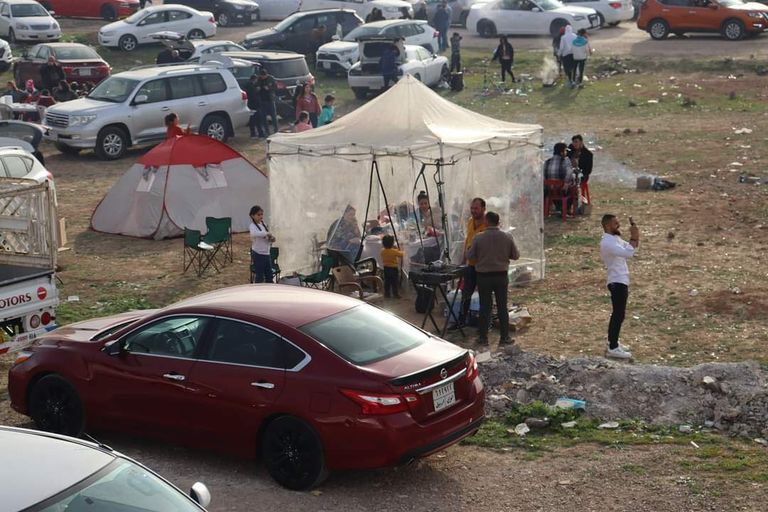 On March 21 every year, millions of Kurds, Persians, Pashtuns, Azeris and others celebrate Nowruz, which means “new day” in both Persian and Kurdish.

It is an official holiday in many countries such as Iran, Iraq, Kyrgyzstan, and Azerbaijan, and is also celebrated in Turkmenistan, Tajikistan, Uzbekistan, Kazakhstan, Macedonia, the South Caucasus, Crimea, the Balkans, Kashmir, the Indian state of Gujarat, and northwestern India. China. 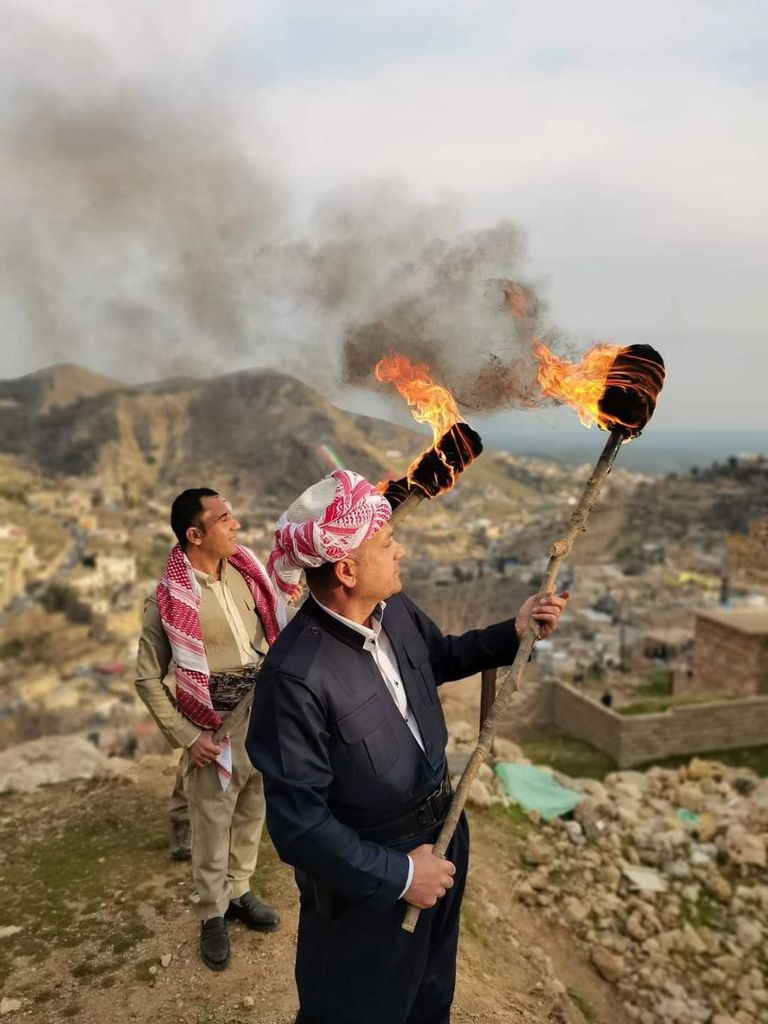