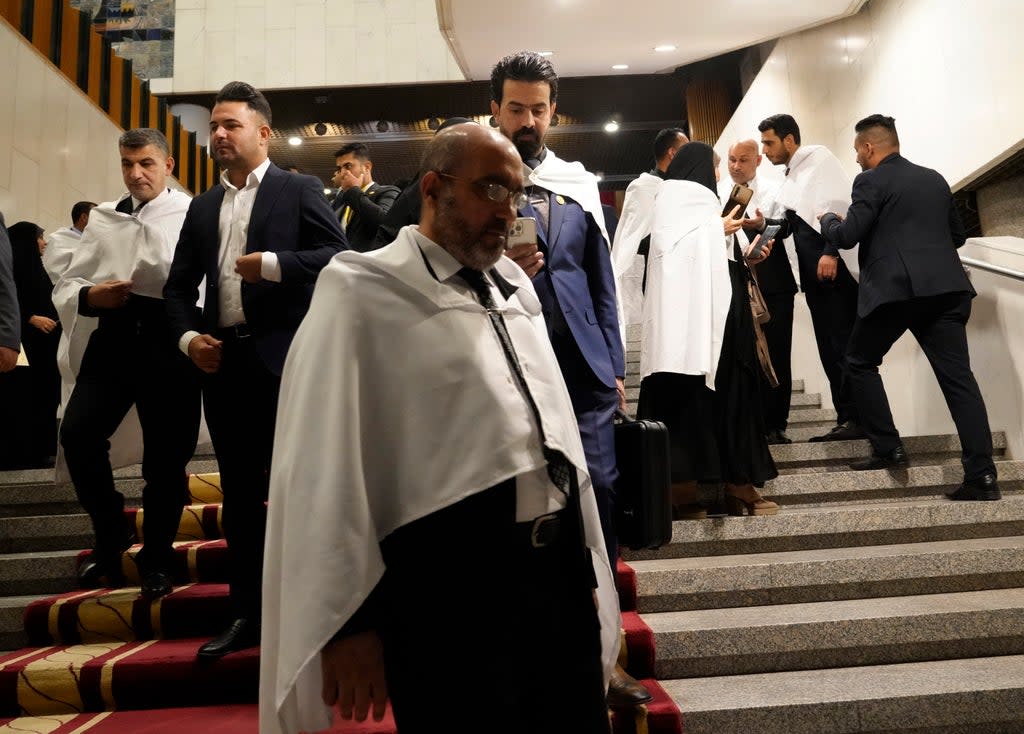 Iraqi lawmakers failed for the second time on Saturday to elect a head of state, further deepening the political crisis sparked by infighting that followed federal elections five months ago.

Only 202 lawmakers made it to Iraq’s parliament, short of the two-thirds quorum required for the 329-member legislature to hold an election session to elect the country’s president. Saturday’s vote failed to take place as many lawmakers allied with Iran-backed parties did not attend. Another election session is scheduled for Wednesday.

Iraqi politicians have so far failed to agree on a compromise candidate for the presidency, exacerbating a political vacuum that also prevents the appointment of a prime minister. Political groups now have two options, lawmakers said: continue negotiations until a consensus is reached, or dissolve parliament and hold federal elections again.

Only 58 lawmakers stood for the first presidential vote in parliament in early February. That time, al-Sadr boycotted the session after Iraq’s Supreme Court suspended the nomination of favorite Hoshyar Zebari, the candidate backed by his bloc. This time, his lawmakers arrived at parliament draped in the white shrouds Muslims use to wrap their dead, a sign of their willingness to die for the cleric.

Saturday’s failure to achieve a quorum reflects ongoing disagreements between Moqtada al-Sadr, who won the most seats in the October 2021 federal election, and a coalition of Iranian-backed Shiite parties that form the Coordination Framework. on the nomination of candidates.

Al-Sadr’s victory, with 73 seats, was a big surprise for the Iranian-backed parties. But the powerful cleric’s intention to form a government with Kurdish and Sunni allies while he excludes Iranian-backed parties has proven difficult. Rebar Khalid, Minister of the Interior in the semi-autonomous Kurdish region, has been the candidate chosen by the Democratic Party of Kurdistan, an ally of al-Sadr.

Lawmakers belonging to their Kurdish rivals, the Patriotic Union of Kurdistan, did not show up for the session.

On the sidelines of the parliament session, former Prime Minister Nouri al-Maliki, an ally of the Coordination Framework, held a meeting at his home attended by many lawmakers, openly defying the vote.

Based on an agreement forged after the US-led invasion in 2003, Iraq’s presidency, a largely ceremonial role, is held by a Kurdish man, while the prime minister is Shia and the speaker of parliament is Sunni.

Meanwhile, the government of Prime Minister Mustafa al-Kadhimi has been carrying out state functions on an interim basis.