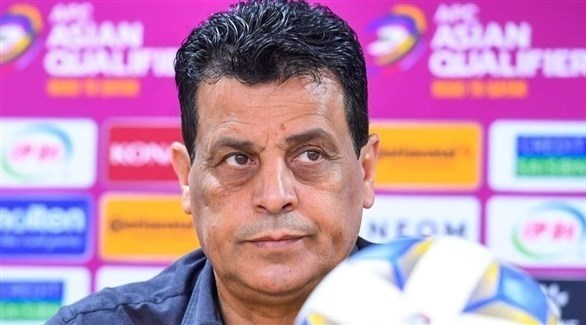 Iraq coach Abdul Ghani Shahd confirmed that facing Syria is a final game, but winning it will not be enough to claim third place in the first group qualifying for the Asian playoff against Australia to book a place in the World Cup.

Shahd explained at a press conference in Dubai, where the Syrian team will face the last day of the Asian qualifiers for the 2022 World Cup, that defeating Syria does not mean qualifying for the Asian playoffs, as there is still a chance for the United Arab Emirates team. .

And it was confirmed that Australia reached the second group of the playoff, after occupying the third place behind Japan and Saudi Arabia, and will wait for the third place of Group A, with the winner qualifying for another playoff against the fifth of South America to appear in Qatar. .

The United Arab Emirates, who participated in the World Cup once in 1990, are third in Group A but will host South Korea, whose qualification was confirmed alongside Iran.

As for his vision of the match, Shahd said: “It will be a difficult matchup, although the Syrian team has no hope of qualifying. We have to fight during the match and implement the players that are required of them precisely.”

He added: “Soccer doesn’t seek fun as much as results, and we have to correct the direction of the team, so our goal is the three points.

He continued: “I fully trust the Syrian national team, as it is far from what is said on issues that are outside the field of sport.”