Iran: We are approaching the final stage of the Vienna agreement 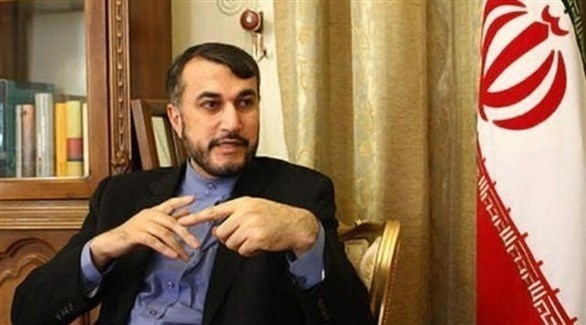 Iranian Foreign Minister Hossein Amir Abdollahian said in a phone call with his Iraqi counterpart Fouad Hussein that “Tehran is nearing the final stage of the Vienna agreement, and calls on the United States to show its so-called goodwill , according to the Iranian newspaper Fars News Agency.”

During the phone call, Amir Abdullahian, reviewing the various areas of the relations between the two countries, clarified Iran’s view on the delay in holding the fifth round of talks with the Kingdom of Saudi Arabia.

During this telephone conversation, the two ministers discussed the latest developments related to the Vienna talks, as well as developments in Ukraine.

Amir Abdollahian also stressed the lifting of the ban at the Vienna talks, explaining: “We are approaching the final stage of reaching an agreement.”

And the Iranian foreign minister added: “On the few remaining very important issues, we have submitted initiatives to the United States through the European Union Coordinator and currently it is up to the American side to show its willingness to act.”

“We are determined to reach a good, strong and lasting agreement,” said Amir Abdullahian.

It should be noted that Iran is negotiating in Vienna with the 1+4 group, which includes France, Germany, China, Russia and Great Britain, to revive the nuclear agreement concluded in 2015 after the United States withdrew from it in 2018 and imposed sanctions on Tehran.

For its part, Iran has abandoned some of its commitments stipulated in the agreement and has increased the amount of enriched uranium and the rate of enrichment above the percentage set in the 2015 agreement, which is 3.67%.

- Advertisement -
Share
Facebook
Twitter
Pinterest
WhatsApp
Previous articleThe price of the dollar today in Egypt, Tuesday, March 22, 2022… an increase of 16%
Next articleA silent heart attack can be just as dangerous as a normal one – here’s how to recognize the symptoms