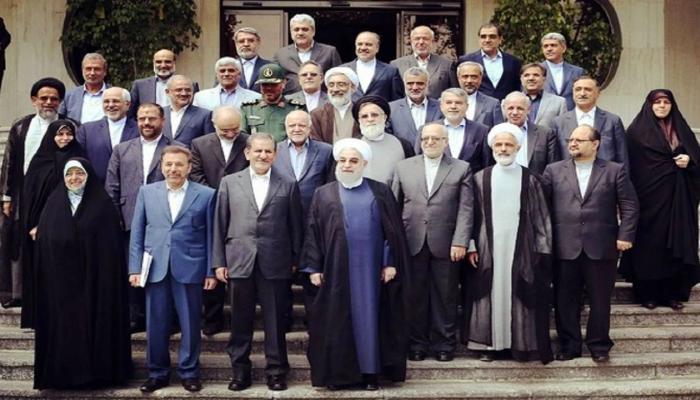 A document leaked by an Iranian opposition group revealed that the Revolutionary Guards issued a list of officials from former President Hassan Rouhani’s government to prevent them from leaving the country.

This decision arises out of fear of leaking information related to the mechanisms followed by the Iranian regime to evade sanctions, especially in the field of oil exports abroad.

According to the document published by the Iranian opposition group, “Adala Ali”, and seen by the correspondent of “Al-Ain News”, the Intelligence Service of the Revolutionary Guards sent a letter to Tehran’s prosecutor, the hardline judge. , “Ali Al-Qassi Mehr”, asking him to issue an order to prevent the departure of 37 Rouhani government officials.

The document signed by the legal representative of the Iranian Revolutionary Guard before the Public Ministry in Tehran, “Ali Al-Qassi Mehr” on September 6, in which he requests the issuance of orders to prevent the departure of 37 government officials from Hassan Rouhani, including 22 officials from the Ministry of Oil and Gas.

The document stated that the Revolutionary Guards are requesting that these officials, including those close to Rouhani, be barred from leaving Iran to prevent the transfer of sensitive information about Iranian oil sales and ways to circumvent US-imposed sanctions.

The document included personal details, national symbol, responsibilities and clarifications of the officials whom the Revolutionary Guards are likely to leave Iran, including Rouhani’s niece and her husband, and officials from government agencies and agencies such as the Oil Ministry, the National Bank , the Ministry of Petroleum, the National Gas Company, the Civil Aviation, Electricity and Energy Authority and the National Petrochemical Company, and the National Oil Ship Company, and other companies responsible for covering up mechanisms to circumvent US sanctions.

The document of the Iranian Revolutionary Guards asks the judicial authorities to ban 6 people who were officials of the “Khaleej Fars Holding Company” with the intention of leaving Iran. They are “Jafar Rabiei, Reza Abazadeh Tehrani, Muhammad Reza Eftekhari, Maitham Amiri Poundpour, Mohsen Saeedi and Amitis Darrani”.

The document notes that some people have cases of economic corruption and some are accused of taking bribes.

In the 8-page document, the names of “Torj Dehghani Zanganeh”, CEO of the National Civil Aviation Authority, Hamid Reza Haqbin, International Director of the National Iranian Gas Company, Homayoun Haeri, Deputy Minister of Electricity and Energy, and Mohsen Tarez. Talab, CEO of the Gas Company are on the Iranian list.

Since the withdrawal of former US President Donald Trump from the nuclear agreement in early May 2018, and the tightening of sanctions on Tehran, Iran has taken a series of measures and mechanisms to circumvent sanctions, especially those related to oil sales to the Exterior.

- Advertisement -
Share
Facebook
Twitter
Pinterest
WhatsApp
Previous article“I know you want to survive”: Selenskyj asks Russian soldiers to surrender – politics
Next articleCardano and the reasons why it loses more than the rest of the cryptocurrencies