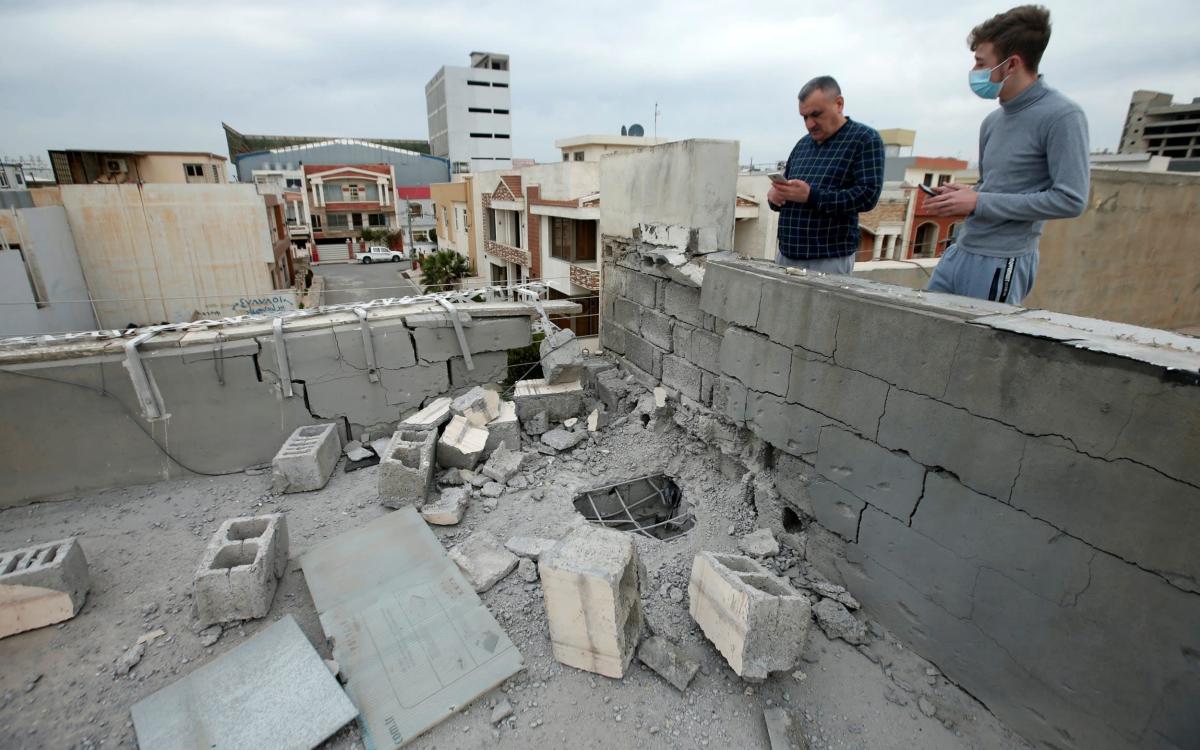 Iran claimed responsibility for a missile attack on Sunday in the northern Iraqi city of Erbil, saying it targeted an Israeli “strategic hub.”

Authorities in Iraq’s autonomous Kurdish region had earlier said that 12 ballistic missiles rained down on Erbil in a predawn attack on US interests that slightly injured two civilians and caused material damage.

The missiles came from beyond Iraq’s eastern border, Kurdistan’s counterterrorism unit announced, saying in effect that they were fired from Iran, a nation that wielded considerable political and economic influence over Baghdad.

Iran’s Revolutionary Guards later confirmed that they fired the projectiles, claiming they were targeting sites used by Israel, a primary US ally.

A “strategic center for Zionist plotting and mischief was attacked by powerful precision missiles fired by the Islamic Revolutionary Guard Corps,” the Guard said in a statement.

There were no casualties, according to the Kurdistan health minister. Saman Barzanji said: “There are no casualties or injuries after the Erbil explosions.”

There were unconfirmed reports of explosions near the US consulate, which is next to the airport.

A US State Department spokesman said: “There are no damages or casualties at any US government facility.”

“The incident is being investigated by the government of Iraq and the Kurdish regional government, and we refer them to them for comment. We condemn this outrageous attack on Iraq’s sovereignty.”

Local television channel Kurdistan24, whose studios are not far from the US consulate, posted images on social media of its damaged offices, with collapsed false ceiling sections and broken glass.

Omed Khoshnaw, governor of Erbil, said it was unclear whether the target was the US consulate or the city’s airport.

However, Hiwa Afandi, deputy head of the Kurdistan Regional Government, said on Twitter: “Erbil International Airport was NOT the target. All good there.”

“The missiles used this time were different, bigger, more accurate and I think they require proper launch systems.”

Kurdistan Prime Minister Masrour Barzani said: “We condemn this terrorist attack launched against various sectors of Erbil, we call on the inhabitants to remain calm.”

Erbil has been repeatedly attacked in recent years.

In February of last year, a rocket attack killed a civilian contractor and injured a member of the US military and several US contractors.

In July, an explosive drone hit the coalition headquarters at the airport.

On the 20th anniversary of 9/11, US troops at the airport were also targeted by explosive drones.

The United States has said that Iran-aligned Shiite militias were responsible for those attacks.

- Advertisement -
Share
Facebook
Twitter
Pinterest
WhatsApp
Previous articleTiger Woods reflects on what makes him most proud of his Hall of Fame career in an interview with NBC’s Mike Tirico that aired during the Players Championship.
Next articleFelix Magath follows Tayfun Korkut: Hertha BSC tries with experience – sport